A bit earlier, there have been rumors that the iPhone 12 series will miss the 120Hz refresh rate. But now it seems the upcoming iPhone will support this feature. DSCC founder and CEO @Ross Young showed a list of smartphones that support the 120Hz refresh rate this year. It shows that the iPhone 12 Pro and iPhone 12 Pro Max are among them. In other words, the high-end version of the new iPhone 2020 may support a 120Hz refresh rate. Also, it is reported that the thickness of the body is thinner than the previous generation. Even the 6.7-inch version is only 7.4mm. It is confirmed that the wired headset will no longer be included in the random packaging. We are waiting for this line to come to the market in October.

Apart from this, we also see another interesting model in the list. It turns out the upcoming Huawei Mate 40 will support a 120Hz refresh rate as well. 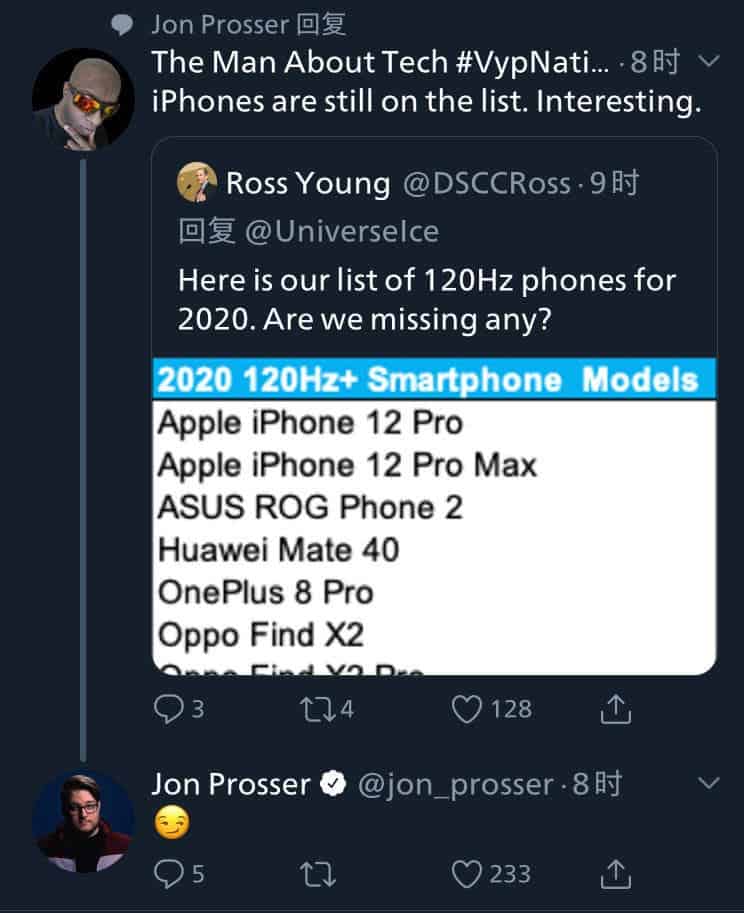 It is worth noting that, as the insider disclosed in the past, this year’s four new models of the iPhone 12 series will adopt a thin and light design. Also, from the latest information given by the supply chain channels, the iPhone 12 series product line will be better than the iPhone 11. This series is thinner. Even the 6.7-inch version has a thickness of only 7.4mm, which is about 10% thinner than the 8.1mm iPhone 11 Pro Max. 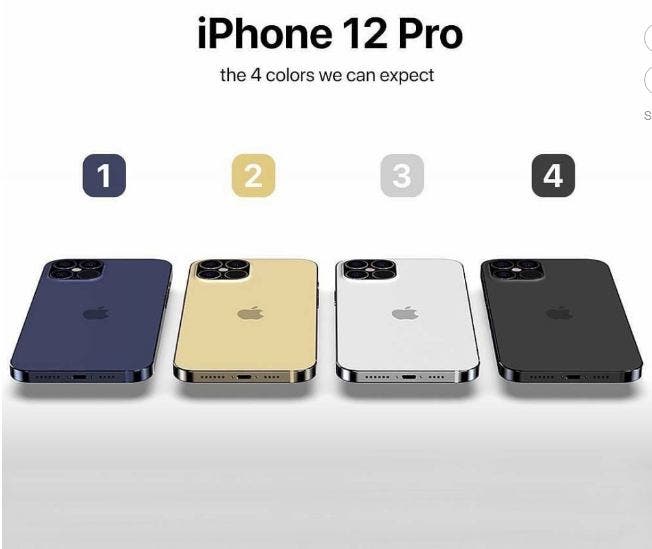 No headphones inside the box

In response to previous reports that this year’s new iPhone will not randomly provide wired headphones, Wedbush Securities analyst Dan Ives confirmed in the latest report that it will help Apple increase AirPod headset sales. It will increase from 65 million units sold last year to 85 million.

More importantly, the analyst also said that the Apple supply chain problem caused by the epidemic has been resolved. This year’s new iPhone will be released in early October. This means that if the iPhone 12 Pro series will not be significantly delayed.