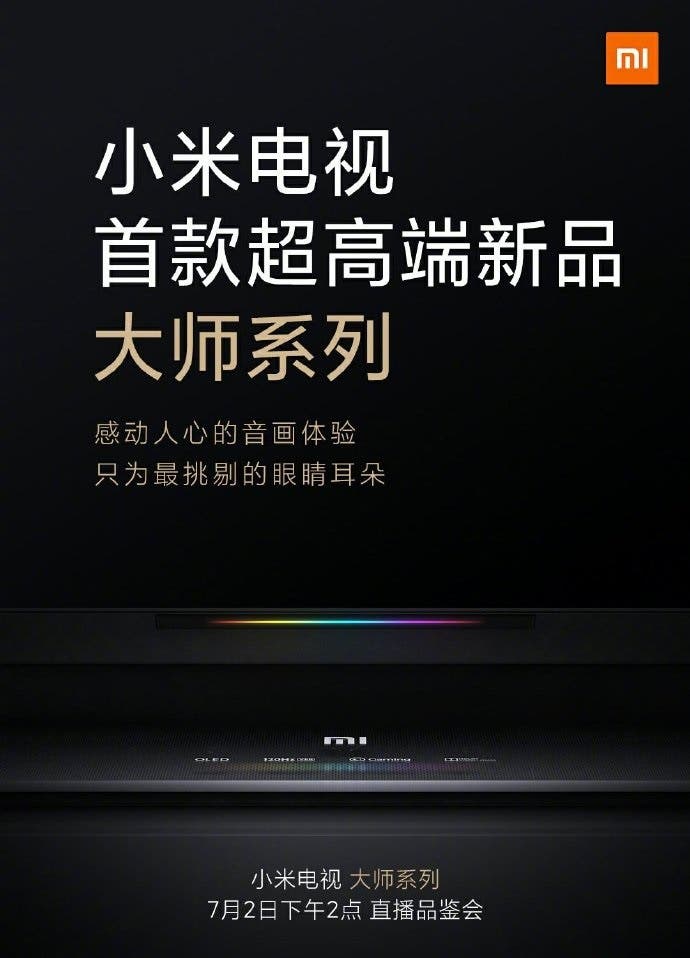 The company said “This time, at all costs, we benchmarked international high-end brands and made a comprehensive breakthrough in the audiovisual experience. In the name of “Master”, we came for the most discerning eyes and ears.“ 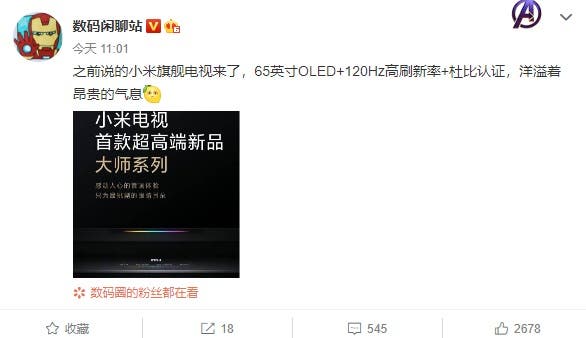 At present, we do not know more configuration information of the Xiaomi TV Master Series. It is a “series” thus we expect more than one TV in this lineup.

The performance of Xiaomi TVs in China and India is overwhelming. In 2019, Xiaomi shipped over 10 million smart TVs in China alone. The company was also the top TV manufacturer in its homeland. According to reports, in 2019, for every 5 TVs sold in the Chinese market, there will be one from Xiaomi. The company’s annual sales market share for 2019 is 19.25%.