Huawei could be eyeing to refresh the Maimang series of smartphones. A new tip suggests that the company will launch Huawei Maimang 9 on July 26th in China. The device is expected to come with upgraded internals, new camera array and a full-view screen.

The latest tip comes from a popular tipster on Weibo who revealed key specifications of the device. In addition, he also speculated over the launch date. He said that the device will come equipped with Huawei’s Kirin 820 SoC. The tip is substantiated with a leaked pic having a model number FRL-AN00a. 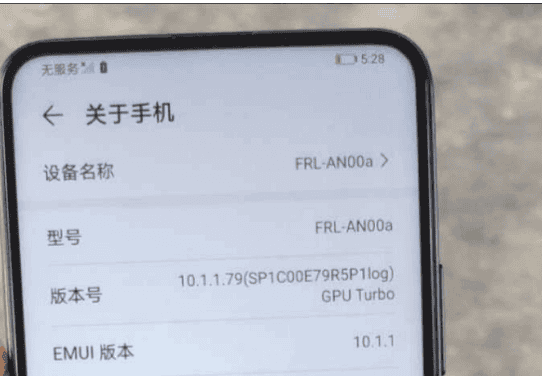 Huge upgrade over the Maimang 8

The leaked image also shows a full-screen design hinting the presence of a pop-up camera. Further, the image shows the display resolution to be of 2480×1080 pixels.  Rumour has it that model numbers FRL-AN00a and FRL-TN00 will come with a 6.6-inch FHD+ display. And this matches with the resolution on the leaked image.

The device seems to be running on the EMUI 10.1 based on Android 10 and have 8GB RAM and 128GB storage. However, there could be other variants as well. Additionally, a rear image with a circular camera cutout shows that the device will have a quad-camera setup.

This goes in-line with the leak earlier this week where tipster from China hinted that Huawei is gearing up to launch a phone with a circular layout and house a 48MP sensor on the back. Nevertheless, its a welcoming change and the design looks homogenous to the Mate 30 series.

While the specifics of the sensors are not officially out yet, the 48MP sensor could indeed be a significant upgrade over the 24MP sensor found on the older Maimang 8. Further tipster Digital Chat station has hinted that a Huawei smartphone with a similar full-screen design will have Kirin 820, 4,300mAh battery with support for 22.5W fast charging.

All these points to a huge upgrade over the Maimang 8 that launched a year ago. It had an inferior Kirin 710 SoC, dew-drop display, 24MP sensor equipped triple-camera and 3,400mAh battery.

Apart from the internals, the addition of 5G connectivity is a huge leap over the 4G LTE present on the Maimang 8. Huawei hasn’t uttered a word about the existence but it may speak out anytime soon as we get closer to July 26th.