Recently, Reuters reported that a Huawei executive warned that if Brazil succumbed to the pressure imposed by the United States and abandoned Huawei, it may cause a slow development of 5G telecommunications network. So if this happens, according to Huawei, it will be delayed for several years and the cost will be higher.

The Trump administration stepped up efforts to restrict Huawei from introducing 5G technology in Latin America’s largest economy. American ambassador Todd Chapman even hinted that Washington is willing to provide funds for Brazil to buy equipment from other suppliers. 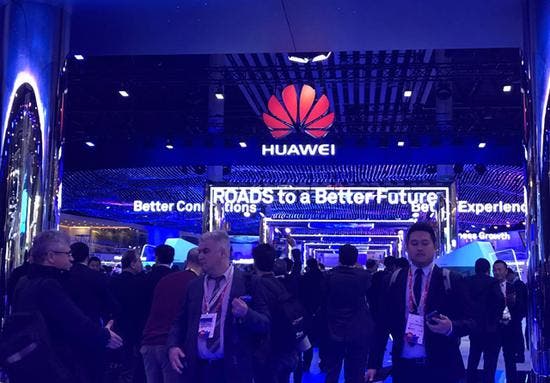 Brazilian President Jair Bolsonaro said last month that the deployment of 5G must meet national sovereignty, information and data security requirements. Bolsonaro has long been skeptical of China. But now, he has taken a less brutal position against this country since taking office in 2019. But he is still a close ally of Trump.

Does Brazil Thinks In The Same Way As Huawei?

Marcelo Motta, director of Huawei’s network security and solutions, said in an interview later on Monday that restricting Huawei’s participation ‘will only delay 5G deployment in Brazil and ultimately impact prices for carriers, regional internet service providers and customers.’

Over the past 22 years, Huawei’s market position in Brazil has continued to increase. And Brazilian operators have used Huawei equipment extensively in their telecommunications network infrastructure.

Marcelo Motta said: ‘In places where there have been restrictions on Huawei we have seen prices rise two to five times, often making business unfeasible for operators.’

He pointed out that Brazil already faces the challenge of expanding the existing infrastructure. Replacing suppliers will require operators to replace already installed equipment, rather than simply upgrading existing equipment.

‘To make that change would be like stirring up a hornets’ nest,’ the Huawei executive said. He emphasized that the United States’ accusation that Huawei equipment is vulnerable to eavesdropping by China is unfounded.

Huawei has successfully conducted 5G test cooperation with all major Brazilian operators. They include Telefonica Brasil SA, TIM Participacoes SA, Claro and Oi SA of America Movil. And it has been helping them to modernize their infrastructure before the 5G spectrum auction Remodel.

‘We have a solution prepared to primarily use software to bring 5G to Brazil (in existing frequencies).’ Marcelo Motta said, ‘Once the government brings the new frequencies we can use small extensions of hardware too.’

Between 2009 and 2019, Huawei invested approximately $4 billion globally in the development of 5G technology. The company plans to produce this new technology product at one of its two production bases in Brazil.

Marcelo Motta said that during the outbreak there were less flights. This caused an increase of air transportation costs. So some of the company’s operating costs have increased. However, he thinks that the problem is ‘not serious.’

The blockade brought by the new coronavirus epidemic has also increased the demand for Huawei products and services. This is mainly related to the fact that Brazil’s network traffic has increased by about 50%.