Razer is a very popular brand especially known for the gaming peripherals. It was also one of the first ones to enter the smartphone business for providing a gaming niche smartphone. It all started with Razer’s phone in late 2017, later it was succeeded by the Razer Phone 2 in 2018. However, after the second-gen, the company was not ready to put the bets on the third generation Razer phone. But now prototype images of Razer Phone 3 are popping up on the internet. 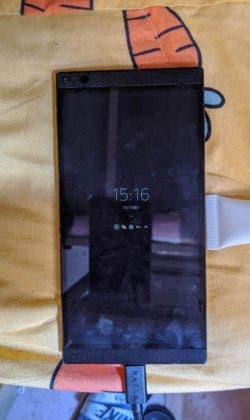 The prototype images of Razer Phone 3 were shared by a Twitter user @Boby25846908. The images show both the front and rear sides of the device. Starting from the front side, you’ll see a similar display as available on the Razer Phone 2. However, it looks like the bezels have shrunk down a bit. On the bottom side, there is a smaller speaker grill compared to previous models. 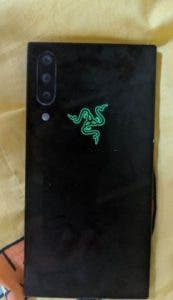 Coming to the rear side of the device, we get a vertical rear camera setup. This is a refreshing change as we have been getting the horizontal camera setup from Razer smartphones. It looks pretty neat, unlike other gaming phones where there are ton of colors like on Nubia Red Magic 5G.

Is the prototype legit?

The twitter user who shared the prototypes said: “According to my source, this is a 70% legit device and this could be one of the RP3 prototypes.” In response, the Editor-in-Chief of XDA Developers also commented with un-watermarked images and said that these images have been rotating around Telegram as well.

To recall, Razer had said good-bye to Razer phones, for at least some years. However, Razer’s Phone CEO says the working has not stopped. They have been working on a better software experience for Razer phones. The company is also working with known gaming companies including Tencent, Fortnite, and Valor. 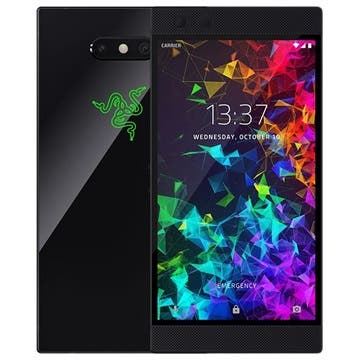 Secondly, they are also not releasing phones for the confusion which has arrived because of 5G. The industry is going through an awkward transition towards 5G. We are getting the 5G modems, but is there any necessity as of now?  The CEO said, “If I buy a phone this year as a gamer, I want to buy a 5G phone, but if I buy a 5G phone, there’s no network to use it on.”

Hence, it is not over for Razer. The CEO says that it still has the capability to make a smartphone, mainly thanks to its “pretty large” engineering team. Therefore, we might see a Razer phone sometime in the future, however, it seems not anytime soon.

Next Can't escape the ban? MediaTek is persuaded to reduce supplying Huawei