The presentation of the ASUS ROG Phone 3 smartphone is getting closer. The game monster should be shown on July 22. For several days we have been telling you about new details regarding this device. In a recent leak, an unofficial render of the device was shown, showing the design of the device. Today, the popular insider Evan Blass shared the official image of ROG Phone 3, with which you can see that, in general, the rumors were true. But still, you can find small differences. 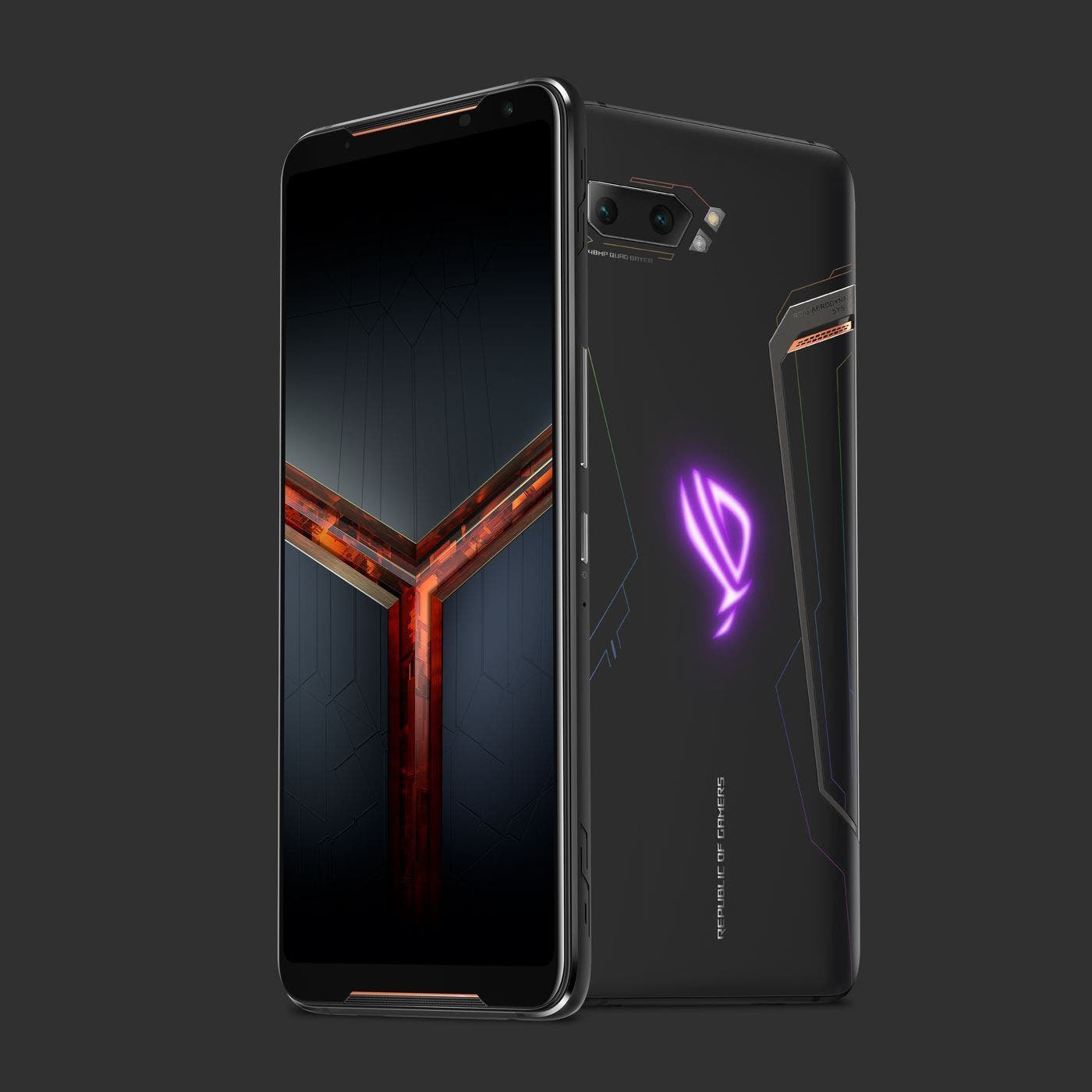 The images shows that the edges of the ROG Phone 3 are not as sharp as its predecessor. The front panel of the smartphone has a display without any cutouts. On the upper and lower faces are two front speakers. Interestingly, the previous model had color accents on the front speakers, which is not on the ROG Phone 3.

On the right side of the ROG Phone 3 there are power and volume control buttons, and on its left – a USB-C charging port. This time, ROG Phone 3 is equipped with a rear camera unit with three lenses. The centrally located logo with LED backlight is still present on the back of the device. 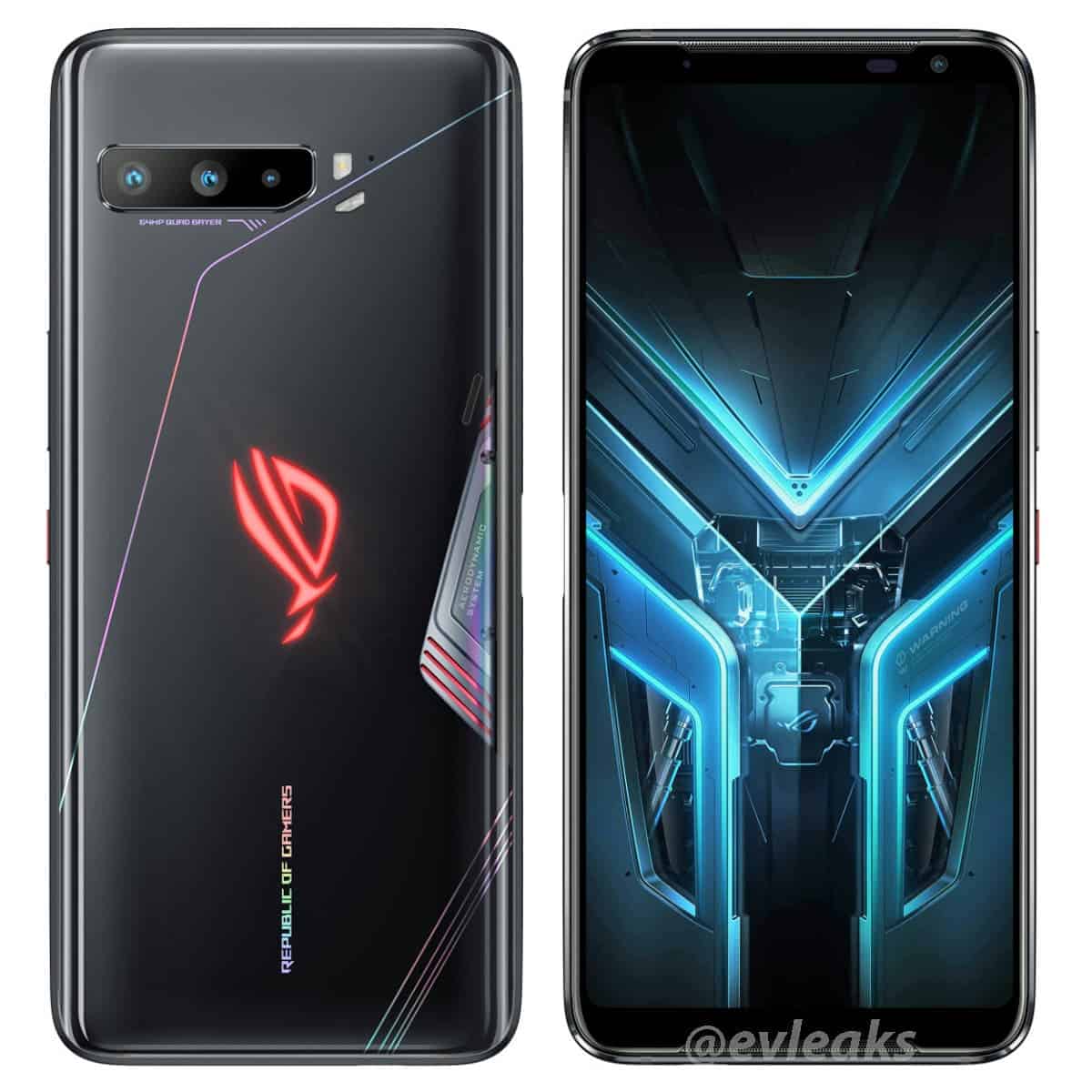 Recall, ASUS ROG Phone 3 has a 6.59-inch AMOLED display that supports Full HD + resolution. It is expected that it will support a refresh rate of up to 144 Hz. The heart of the smartphone will be Snapdragon 865+ with 16 GB of RAM LPDDR5 and 512 GB of UFS 3.0 drive in the maximum configuration. The device will be have a 6000 mAh battery with support for fast charging up to 30 watts. The main lens of the main camera will have a resolution of 64 megapixels, and the front camera – 13 megapixels. The smartphone will have its own ROG UI interface based on Android 10.

Asus ROG Phone 3 set a performance record before the announcement

Asus ROG Phone 3 has appeared earlier in the Chinese TENAA certification database. It’s a smartphone for gamers that will offer really powerful specifications. Asus has equipped ROG 3 with an overclocked Qualcomm Snapdragon 865 chip, whose processor works at a frequency of 3.09GHz. This will require adequate cooling. For now, the rumors point to liquid cooling and advanced fans. 16 GB of RAM will ensure high results in the benchmarks, and you’ll get 512 GB of built-in memory. So far, the smartphone has indeed achieved the best AnTuTu score of all time with 646 310 points.