In the next few months, Chinese manufacturing giant, Huawei, will unveil its latest flagship – the Mate 40 Series. However, it appears that the Mate 40 Series will not be alone. According to recent reports, Huawei has recently started an internal test of two new applications “Unseen”/”Unseen Editor”. Presently, the exact details of Huawei Unseen remain under wraps. 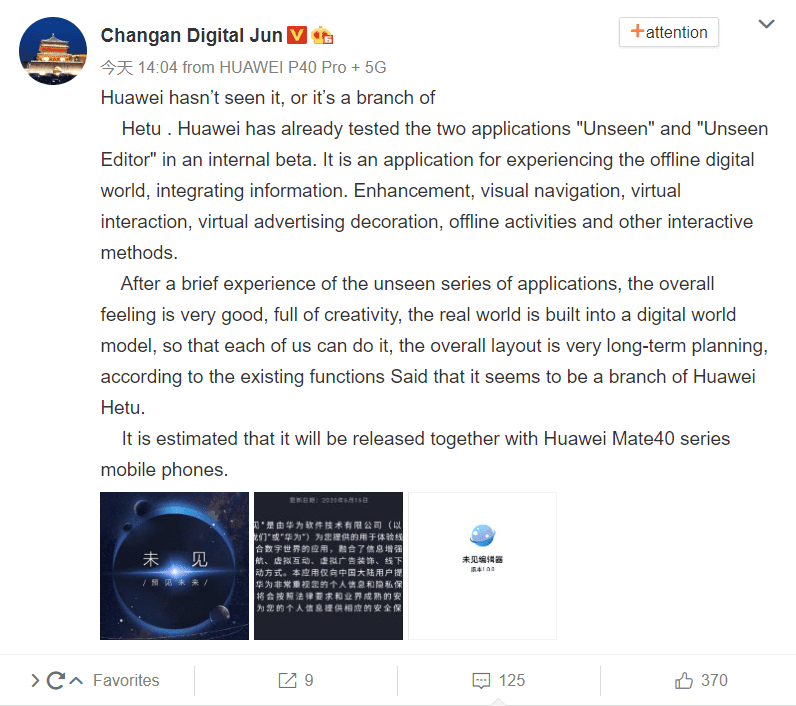 Speculation claims that the Huawei “Unseen” App is a new intelligent application that uses AR technology to build a parallel virtual world on top of the real-world and experience the future of technology. Users can explore AR gameplay, experience surreal X planet, build graffiti forest, and feel the convenience of intelligent technology. This is an app for experiencing the offline digital world. It is also for information enhancement, visual navigation, virtual interaction, virtual advertising decoration, offline activities, and other interactive methods. According to the source, the “unseen” App seems to be a branch of Huawei Hetu. He further speculates that this feature will arrive with the Huawei Mate 40 series.