Amidst a tussle with the US, Huawei is prepping for its next high profile launch. The next big thing from the company is the Mate 40 series which is set to arrive somewhere in late September. Ahead of this, the display size and an alleged mid-frame of the smartphone has been exposed revealing the camera design.

The latest leak from a Twitter user suggests that Huawei could adopt a 6.7-6.8 inch screen on the upcoming Mate 40 series of smartphones. This is a slight upgrade over the 6.53-inch found on its predecessor, the Mate 30 Pro.

That said, this new display size could be on the Mate 40 Pro. This is because, despite sporting the same naming, the Mate 30 and Pro comes with slight differences in display with the vanilla Mate 30 having a strangely larger 6.62-inch albeit being a flat display.

Anyway, we can expect the display to be curved AMOLED with differences in curves on Mate 40 and the Pro. They are also expected to hop on the higher screen refresh rate train with 90/120Hz. Few reports say that the waterfall display will be a perforated screen with punch-hole to accommodate the selfie camera.

In another news, an alleged mid-frame of the Huawei Mate 40 has also been leaked online. The supposed mid-frame of Mate 40, leaked on Weibo, shows camera cut-outs, in-display fingerprint sensor placement, speakers and more.

Interestingly enough, reports say that the vanilla Mate 40 will retain the Yuba-style camera arrangement on the Mate 40. Here the Yuba is referred to as a dry skin Tofu layer with a square yet a cut-out design. Mate 30 pro had quad-cameras while the Vanilla Mate 30 had three cameras apart from a laser autofocus sensor. 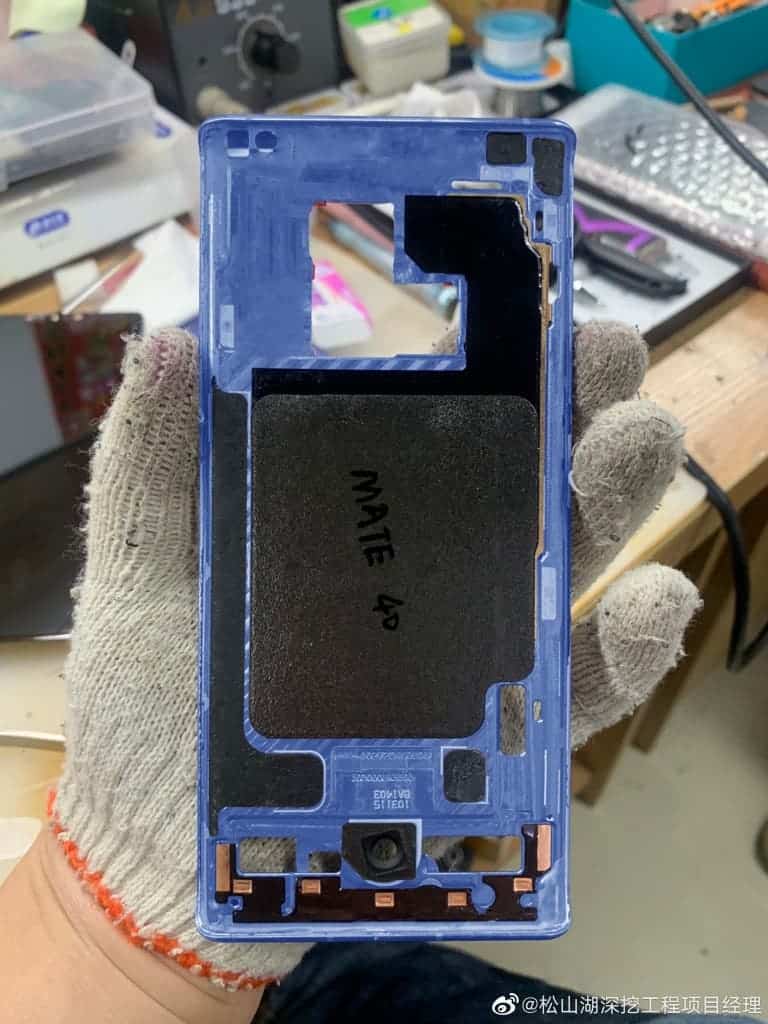 Similarly, a recently leaked spec sheet of the Mate 40 series hints that the Mate 40 and Pro will have three and four sensors respectively. This is reflected in the frame as the cut-out shows it could accommodate only three sensors.

Both the handsets could have 4500-5000mAh batteries with support for 66W wired and 40W wireless charging. Rumoured to be priced at CNY6499 ($925), the Mate 40 series is expected to launch around Late September/ Chinese National day which falls on October 1, 2020.