Samsung is gearing up to reveal a bunch of new devices the next week August 5. The company’s Galaxy Unpacked will bring the Galaxy Note 20 family to the light. Apart from new wearables such as the Galaxy Watch 3 and Galaxy Buds Live, the company will also reveal a new pair of tablets under the Galaxy Tab S7 branding. Finally, we’ll see the brand new member of the Galaxy Fold family in the form of Galaxy Z Fold 2. Yeah, as you can note, the phone will bring a Z. Perhaps Samsung wants to bring it closer to its most successful foldable phone to the date, the Galaxy Z Fold.

We’ve already seen this phone in a couple of leaks, but now, we have the best glimpse of the new foldable phone as a courtesy from MySmartPrice. It brings a couple of high-resolution renders showing the foldable phone and its stock wallpaper. One of the biggest changes in this new Z Fold 2 is that it ships with a punch-hole design. It replaces that the notch that occupied a good amount of the screen in the original fold. According to the images, we have a much cleaner design. 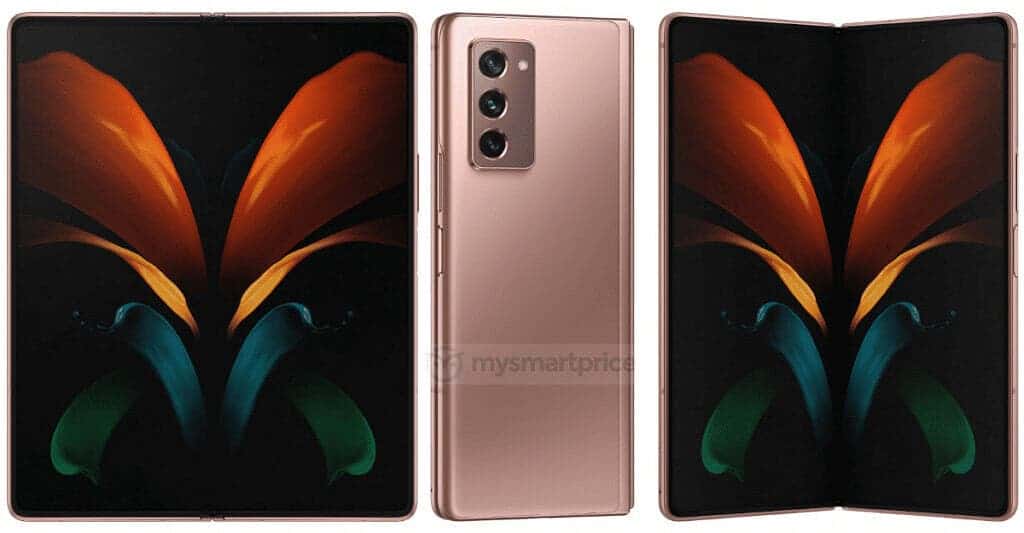 In addition to the new cutout, the new foldable phone also has a bigger cover display. Therefore, we have a phone that is more useful when it is sitting on the folded status. It’s a more versatile phone since you will not need to unfold it every time. Another interesting detail is that the leaked render confirms the handset in the Mystic Bronze color option. This color seems to be Samsung’s hero color for this year’s Galaxy Unpacked. All other Galaxy devices will have a Bronze color option.

The renders also reveal that the Galaxy Z Fold 2 will boast a triple-camera array, this turned into a common choice among flagship phones. Apparently, this camera setup will be a 64MP main shooter, a 12MP sensor probably for ultra-wide shots, and finally a third 12MP unit. In the punch-hole, we will have a single 10MP selfie snapper.

We are also expecting the handset to be really durable. Way more than its predecessor which has suffered from durability issues in the past.

Next Huawei outperformed Samsung in leading the global smartphone market