Despite all the difficulties and obstacles, Huawei was able to climb to the first line of the list of the overall rating of all smartphone manufacturers. The Chinese tech giant has been able to sell more smartphones worldwide than any other company. This according to a new report from analyst firm Canalys. Huawei has a long-standing ambition to overtake Samsung as the world’s largest smartphone brand. And this seems to be what happened in April-June this year. 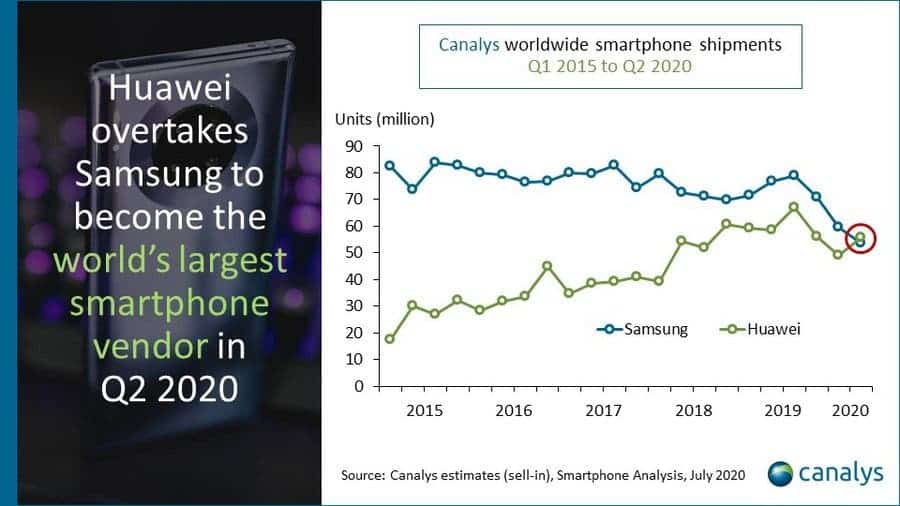 Of course, this does not mean that Huawei will hold the top spot for a long time, as the results were clearly influenced by the pandemic. Analysts believe that this favorable situation was due to the fact that Samsung’s sales fell by 30%. This while Huawei had a less noticeable decline – only 5%. More than 70% of Huawei devices are sold in China. The Chinese market is not as badly affected by COVID-19 as other major markets. And let’s not forget that Samsung has always been, in fact, a small brand in China. 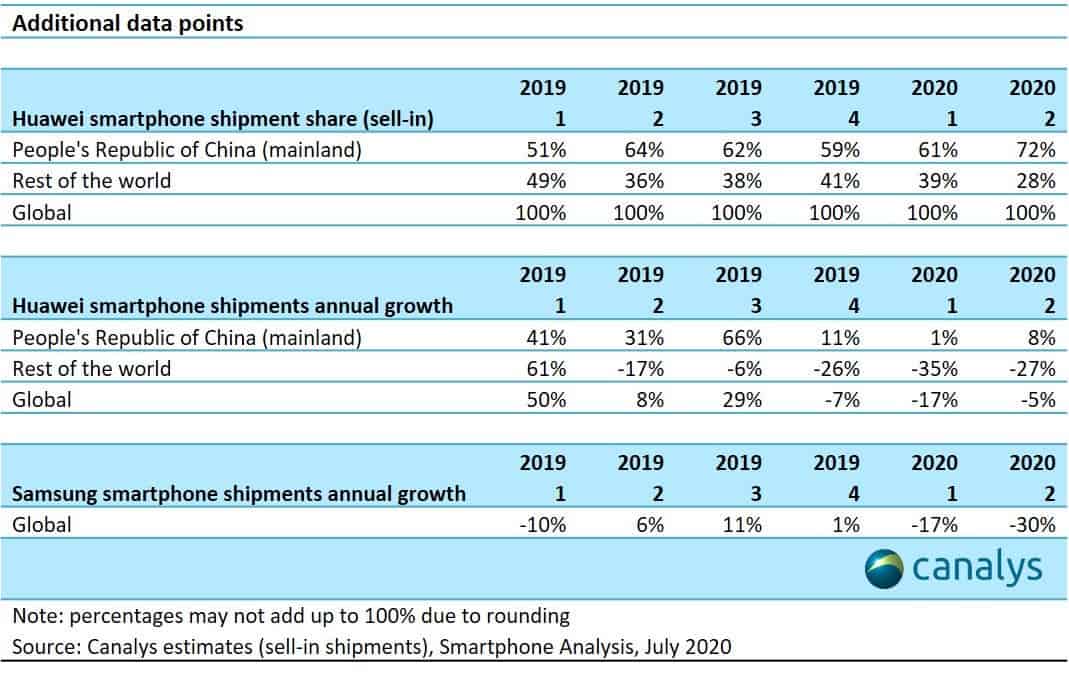 “Huawei has demonstrated exceptional resilience during these difficult times,” a company spokesman said in an official statement. “During an unprecedented global economic downturn, we continue to grow and strengthen our leadership position by providing innovative products to consumers”.

Despite the company’s success, Huawei products are still not in strong positions outside of China. It’s obviously due to the lack of Google services on board their devices. But the very fact that Huawei is showing growth at such times suggests that not all is lost for the company. It has been predicted for the company to die for several years now.

Smartphone sales in India cut to half in Q2 2020

It looks like all is not well for the smartphone market in India. A recent report says that the overall shipments for the Q2 2020 took a hit with a 48% drop compared to last year’s 33 million shipments and it affected giants like Xiaomi, Oppo, Realme and Samsung as well. However, we do not expect this considering the serious global implications of the COVID-19 pandemic.