Xiaomi company was founded 10 years ago. The official date of birth of the brand is April 6. This year, the coronavirus pandemic prevented the company from hosting the anniversary celebrations in April. Nevertheless, Xiaomi decided to celebrate this event and will hold a press event dedicated to the 10th anniversary of the company. In which we expect the Xiaomi Mi 10 Pro Plus smartphone to be unveiled.

Xiaomi CEO Lei Jun announced today that he will deliver his first public speech on August 11. Naturally, in his report, he will talk about what the company has already achieved. In addition to the goals that it has set for itself for the next decade of activity. But, perhaps, the main event will not be the report under the motto “higher, faster, stronger”, but the unveiling of new products. In particular, Lei Jun stated that “the team has prepared several masterpieces for the 10th anniversary for everyone who wants to see the company’s achievements”. It clearly hints at the announcement of new products. And the premiere of Xiaomi Mi 10 Pro Plus will fit perfectly into the scale and significance of the event. 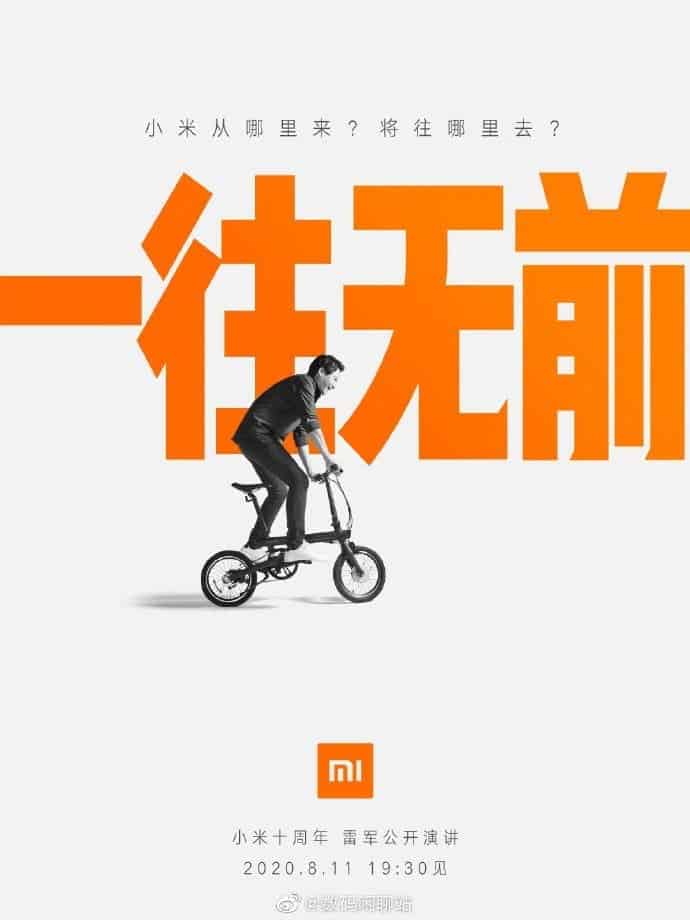 At least, insiders are confident that the premiere of the upgraded version of the flagship will take place on August 11. The smartphone itself is known to offer a 120 Hz AMOLED display, a Snapdragon 865 or 865+ processor, a multi-module camera and 100 or 120 W fast charging.

There is also speculation that the company will roll out another top-end product on August 11 – the Redmi K30 Ultra. According to the TENAA website, it will be a device based on Dimensity 1000+. With 6/8/12 GB of RAM and a flash drive up to 512 GB. In addition to a 20-megapixel selfie camera, a 4500 mAh battery with 33-watt fast charging and a multi-component rear camera. The main sensor must have a resolution of 64 megapixels. One of the new items will be a large 6.67-inch OLED screen with a refresh rate of 120 Hz.

In the spring of this year, Xiaomi released its flagship smartphones Xiaomi Mi 10 and Xiaomi Mi 10 Pro. And now another model of this line is preparing for release, which may be called Xiaomi Mi 10 Pro+. The device has the internal codename Super Large Cup.