Just an hour ago, the Huawei MateBook series conference has officially started. Huawei’s consumer business CEO Yu Chengdong reviewed the outstanding performance of Huawei’s notebooks in China. It turns out the company occupies 16.9% of the market. Huawei Notebook is one of the electronic products of Huawei Group. Its brand name is MateBook, and mass production of the first notebook began in April 2016. At the event, the manufacturer unveiled a new flagship laptop dubbed the Huawei MateBook X.

The Huawei MateBook X uses the industry’s first floating full screen with a resolution of 3K and touch support. The pixel density is as high as 278ppi. It also reached a high screen-to-body ratio of 90%. At the same time, the screen ratio is 3:2, which is smaller than A4 paper and as light as 1kg. The 3000 * 2000 resolution LTPS ultra-high-definition display has a 100% sRGB color gamut, and a contrast ratio of up to 1500:1. The 3:2 screen is called the productivity screen, because it can display more content under the same size. When working with tables, PPT, Internet or even watching videos, the 3:2 screen can provide a more complete picture. This increases the office efficiency greatly.

In addition, The Huawei MateBook X also provides a professional eye protection mode. Based on Huawei’s eye protection technology seen on smartphones and tablets, the combination of soft and hard filters some harmful blue light. This can protect eyesight during long-term use.

The fuselage is made of high-end aviation-grade magnesium-aluminum alloy. After die-casting and CNC technology, it gets both the lightness and sturdiness. So it’s quite comfortable to hold. The Huawei MateBook X is available in four colors: Frost Silver, Interstellar Blue, Green Mountain Daisy, and Cherry Blossom Powder.

Also, the Huawei MateBook X introduced the pressure trackpad design for the first time. It comes with a full-area perception of press vibration feedback. And it has built-in Huawei sharing tags. The company said that no matter where you click, the touchpad can respond sensitively. The force sensor can detect the pressing force. The Huawei NFC can be used in the touchpad as well. It is more convenient when using multi-screen collaboration.

When speaking of NFC tags, Huawei’s MateBook series notebooks got this technology exclusively. We all know the multi-screen collaboration has been well recognized by consumers. It is not only a rapid sharing of data between PCs and smartphones, but also a breakthrough in Android and Windows systems.

The multi-screen collaboration function that Huawei Matebook is proud of has also been updated. It is known as ‘put the phone in the computer, and operate two systems on one screen’. In this regard, the Huawei MateBook X supports Huawei sharing. The latter makes it easy to achieve cross-terminal multi-screen collaboration. The computer can directly operate mobile applications, receive audio/video calls, and easily transfer and edit documents, bringing an innovative office experience with seamless flow. 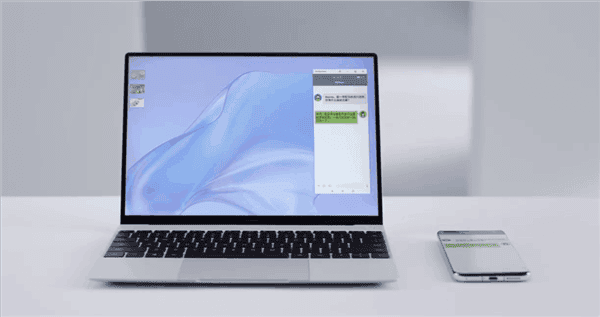 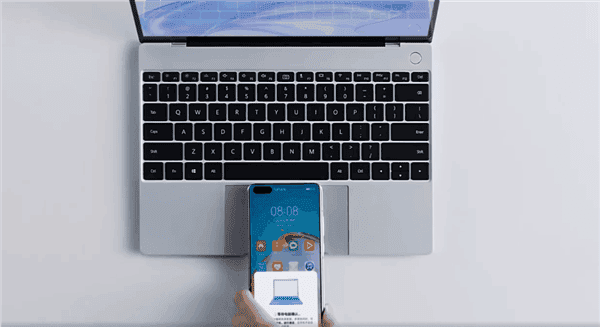 In terms of office communication, Huawei MateBook X has also added a three-finger under-swipe screenshot. It can capture any shape. Also, the text in the screenshot can be automatically recognized and converted into text, which is efficient and more intimate.

Apart from this, our protagonist sports high and low frequency crossover four speakers. They provide a keyboard 3D sound. Also, the new sound algorithm provides an immersive surround sound experience. The power button also integrates the fingerprint recognition module. So booting and logging in takes a second only. Another recognizable design element of this series is the hidden camera, which prevents from illegal spying.

In addition, now, HUAWEI cloud space service also has a computer version. It can realize a non-perceptual file synchronization experience. At the same time, you can view the synchronized photos, videos, memos, contacts, etc. on smartphones and tablets, and achieve multi-device synchronization.

As the spokesperson said, the Huawei MateBook X sports the tenth-generation Core low-voltage processors. The top version comes with the i7-10510U chip, which has 4 cores and 8 threads. The clocked speed is up to 4.9GHz. The laptop is available in 8GB/16GB memory and 512GB high-speed SSD hard drive options.

It is worth mentioning that MateBook X is equipped with a passive cooling device. According to the official, MateBook X pioneered the heat-conducting shaft technology. It features an ultra-thin VC heat dissipation module and built-in 3+6 multilayer graphite sheets. 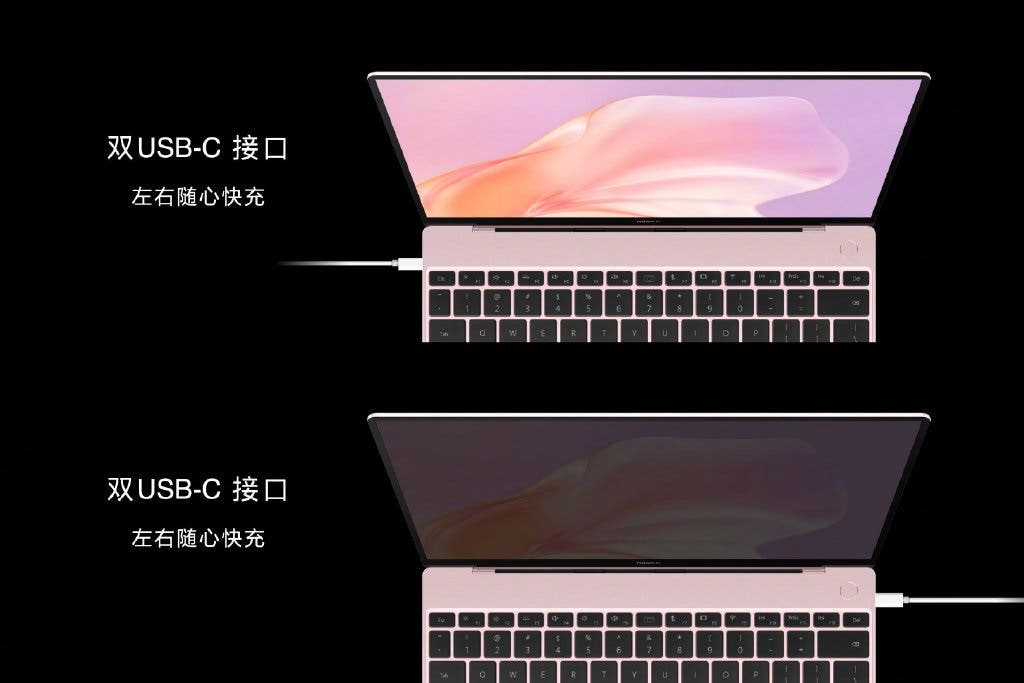 The Huawei MateBook X has a USB-C port on each side of the fuselage. In the box, we can find a 65W pocket charger. The latter weighs only 94g and supports fast charging or super fast charging for multiple devices.

The laptop provides 9 hours of local video or 9 hours of document processing.

As the flagship product of Huawei’s notebook series, the MateBook X focuses on high-end users. But it is not as old-fashioned as traditional business laptops. It is fashionable, colorful, and individual. This is also the quality office style that the new Huawei MateBook X is trying to shape.