The wearable segment probably had one of the best performances during these months plagued by COVID-19. Apparently, smartwatches, True-Wireless earbuds are finally catching the overall customer interest and not only a specific niche of users. With that in mind, companies are finding a good way of generating revenue by expanding its product portfolio with new wearable products. This year, we saw the rise of several companies in this segment. However, companies like Huawei have pretty much an established presence in this market. Now, the company just needs to keep releasing products to avoid losing its user base. 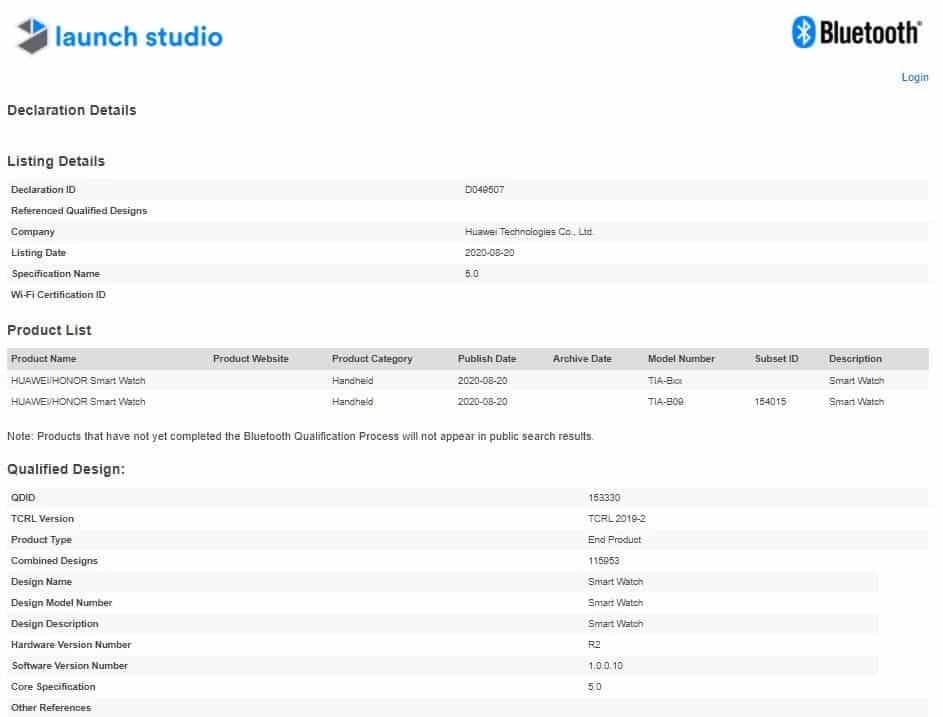 Interestingly enough, it teases the arrival of a brand new product. Huawei trademarked the “Mate Watch” branding this year. This new smartwatch was rumored to go official alongside the upcoming Mate 40 series. However, there is a chance it will not be unveiled this year. So this leaves us thinking which smartwatch is the one spotted at Bluetooth SIG? Apparently, it could end up being the Huawei Watch that leaked a few weeks ago.

For those unaware, the Huawei Watch Fit features a 1.64-inch AMOLED rectangular display. The smartwatch can track several sports activities like swimming, cycling, and running. Moreover, it has a built-in GPS and barometer expanding, even more, its usability and reducing smartphone dependence. On the sensor front, we have a sleep tracking monitor and a heart rate sensor. According to the leaks, it will provide users with 10-day battery life and will cost around 119 Euros. Apparently the smartwatch will go official in the next month.

Considering the fact that September is just around the corner, we’ll don’t need to wait much for the Huawei Watch Fit release. Moreover, it is indeed coming in September, then we expect a confirmation from Huawei to come in the next weeks.