Vivo is now gearing up to launch its budget Y-series smartphone dubbed Vivo Y20 and Y20i. The smartphone is going to be a successor of the previous-gen Y10 that was launched last year in September. After making its way to the Indonesian certification, both the devices have now been leaked in all its glory. We now have the images as well as the full specifications of the smartphones. Here’s what the new leak brings to the table. 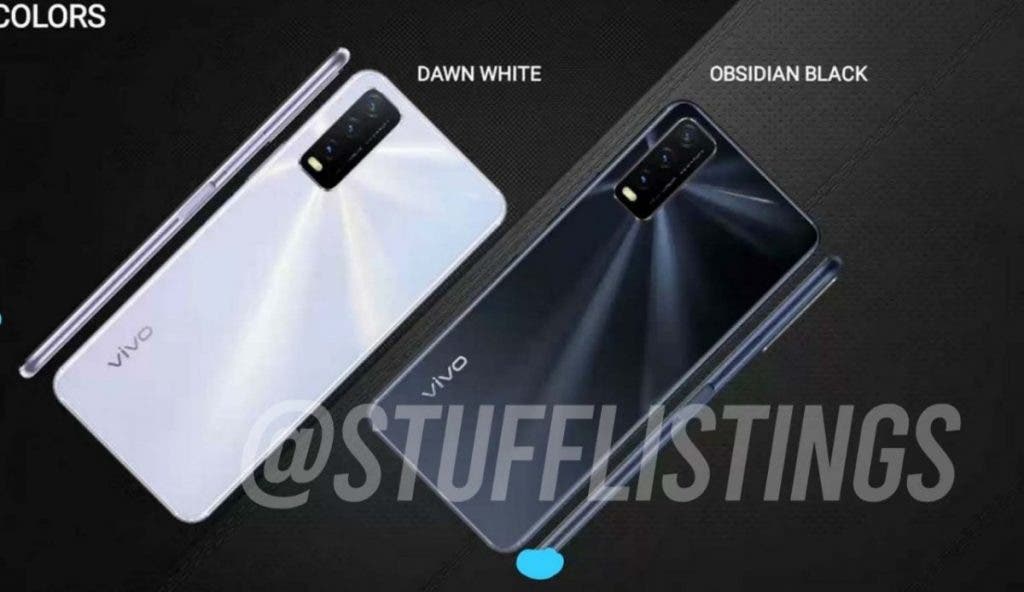 It looks like the promotion material or you can say presentation slides of the devices have now surfaced on the web. Both Y20 and Y20i follows the same design ideology and consists of minor differences. The former comes with a 4GB RAM while the latter makes use of a slightly smaller 3GB RAM option. The regular Y20 also comes with an 18W fast charging support while the Y20i uses normal charging solution. Lastly, there is a difference in the color options with the former being available in Obsidian Black and Dawn White. The latter, on the other hand, comes in Nebula Blue and Dawn White. 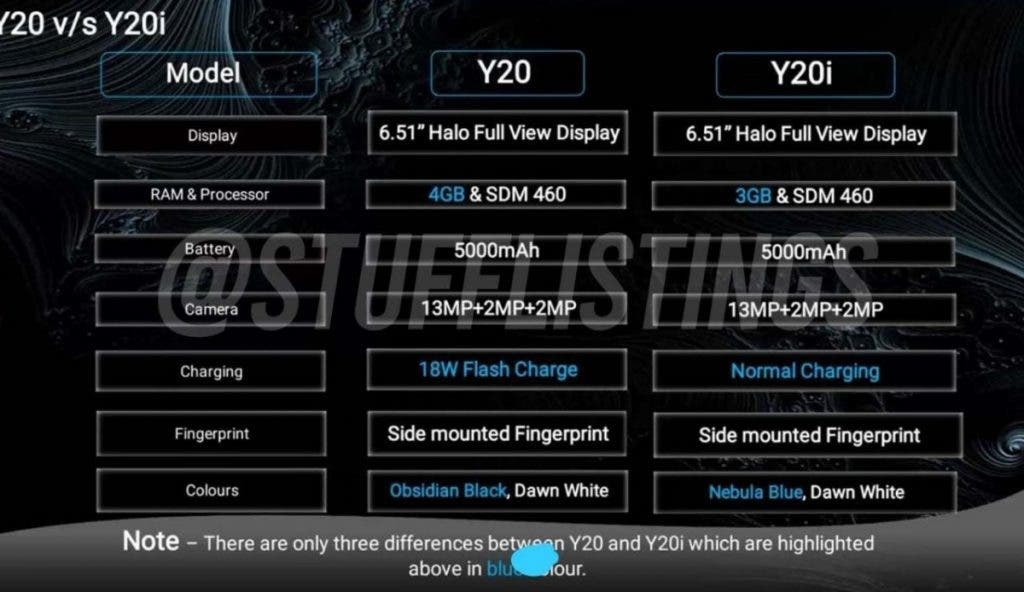 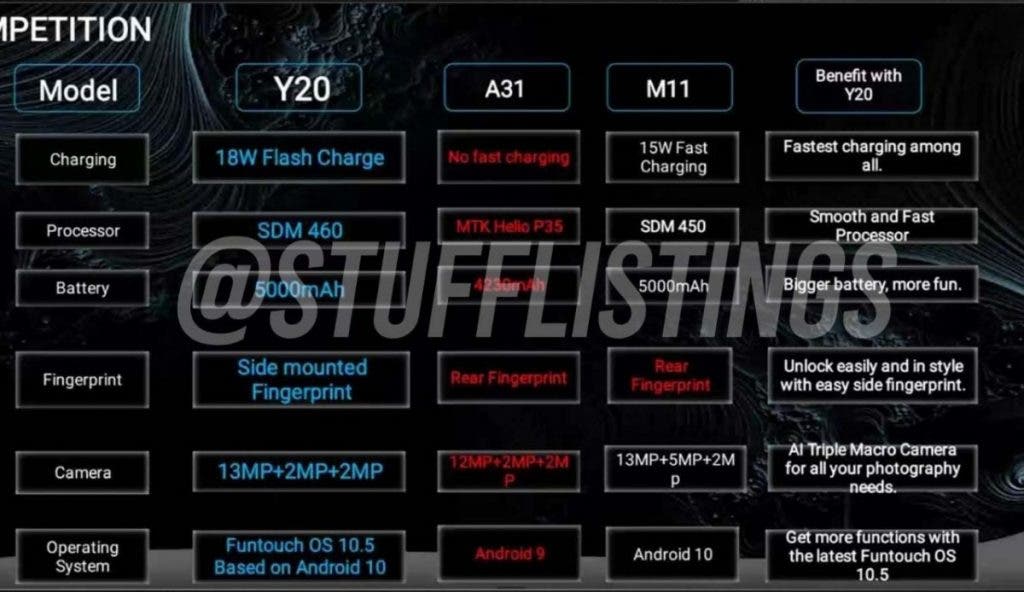 Considering all these differences, the Y20i is nothing but a slightly toned-down version of the regular Y20 smartphone. With the differences covered, we can now take a look at the specs that both the devices shares. We’re looking at a 6.51-inch Halo Full View display with waterdrop notch to house the front selfie camera. Both the devices make use of a Snapdragon 460 chipset. For optics, there is a triple camera module on the back featuring 13MP primary sensor, 2MP macro lens, and 2MP depth sensor. On the front, there is an 8MP snapper for selfies and video calling. 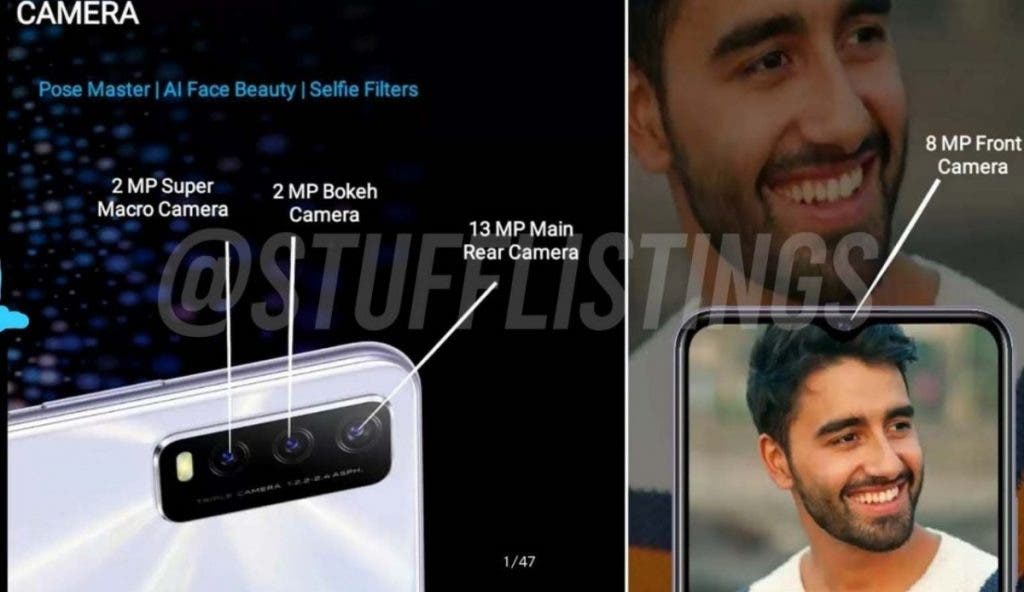 Both the devices run on the Android 10 operating system with the company’s own FunTouch OS 10.5 out of the box. Lastly, both the devices are powered by a large 5,000 mAh battery and consists of a side-mounted fingerprint sensor. In one of the presentation slides, Vivo compared its devices with Galaxy M11 and Oppo A31.

It is still noting that there is still no concrete launch timeline for both the devices. With the presentation materials leaking online, it is safe to assume that we should be hearing official information soon in the foreseeable future.

Next Google Camera 7.5 will no longer create a separate folder for each portrait photo