Realme launched the Realme 6 Pro back this year and has been consistent in providing updates to the device. Now, the Realme 6 Pro has started to receive a new September oftware update; that brings bug fixes along with the August 2020 Android Security patch and more to the smartphone. Realme is rolling out the update out via OTA; but in a phased manner and is rolled out to a very limited number of users at this point.

The latest update for the Realme 6 Pro carries the build number RMX2061_11.A.31 and is an OTA; is also being rolled out to a limited number of users as of now and a wider rollout will happen soon. Realme 6 Pro A.31 update is also bringing August 2020 Android security patch to the device. Additionally, Realme with this update has introduced a handful number of new features such as super power saving mode, smooth scrolling and super nighttime standby and more. However, Realme is also introducing a  deep clean feature on the Realme 6 Pro while fixing bugs found in the previous update.

To elaborate, Realme has introduced a very useful feature with this update, by which turning on flight mode will no longer affect the Bluetooth connectivity of the device, added a couple of new quick setting tiles in the notification panel for switching on OTG and focus mode. The update brings a lot of optimizations and bug fixes along with these features.

To recall, The Realme 6 Pro is the first smartphone to be powered by Qualcomm Snapdragon 720G. It sports a 6.6-inches FHD+ LCD panel with 90Hz refresh rate and dual-punch holes for 16MP wide as well as 8MP ultra-wide cameras. The quad-camera setup on the back of the phone includes a 64MP primary sensor, an 8MP ultra-wide unit, a 12MP telephoto shooter, and a 2MP macro camera. The same 4,300 mAh battery runs it with 30W fast charging support. 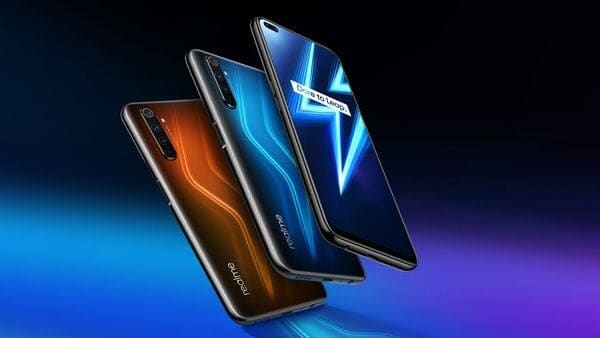 Like any other new Realme phones, it runs the new RealmeUI based on Android 10 out of the box. The fingerprint sensor resides on the power button and the device comes in Lightning Blue and Lightning Orange color options.