On the occasion of celebrating the 35th anniversary of the founding of American chip giant Qualcomm, the company’s founder Irwin Jacobs accepted an exclusive interview and talked about the so-called ‘wireless jihad’ and why the United States does not have a company like Huawei to lead the next generation Wireless infrastructure development.

Also Read: Qualcomm And MediaTek To Launch 5G Chips Below $20

At first, Qualcomm produced its own mobile headsets and sold them in Asia. At that time, Qualcomm went public in 1991. However, Qualcomm eventually sold this part of the business and became a strictly secret company. 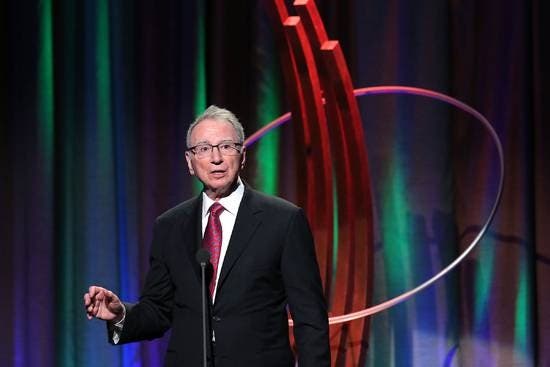 This decision ultimately had a huge impact on the current chip market competition, especially the competition between Qualcomm and Huawei. The United States is currently doing everything to curb the use of Huawei’s products. If there is an American version of Huawei dedicated to developing the next generation of wireless infrastructure and selling products directly to people, all of this will become simple. So, why didn’t Qualcomm work hard to become Huawei?

Jacobs said: ‘We did consider this, but we hope that CDMA will be promoted globally’. He said that Qualcomm is still engaged in ‘jihad’, trying to make CDMA accepted everywhere. However, becoming a competitor to the operator will hinder the realization of this goal. In 1993, when CDMA became a wireless standard, Qualcomm’s strategy paid off.

Why Does No American Company Want To ‘Copy’ Huawei’s Strategy?

Jacobs said he thinks other American companies such as Motorola will continue to stay in this industry. But one by one, they either will go bankrupt or will be sold to foreign companies. By selling integrated chipsets that can drive smartphones to companies, Qualcomm actually makes it easier for new Chinese competitors to enter the market because they have the tools to develop products on the fly. Jacobs said: ‘Unfortunately, no one in the United States has actually done this.’

Another complicating factor is that the Chinese and European governments have helped their telecommunications companies through industrial assistance policies. Jacobs said: ‘Our government did not provide the R&D or other support that Huawei and ZTE received from the government.’

Jacobs also refuted allegations of excessive Qualcomm licensing fees. He said that although Qualcomm has provided more technologies, the licensing fee remains stable. Qualcomm not only monetizes existing patents but also relies on continuous research and development, just like the company’s commitment to new 5G standards in the past decade. He added: ‘Unless you continue to run desperately, other people will surpass you. We have too many companies that have not invested in R&D, and have fallen into operational difficulties.’

Previous No Need To Wait For OnePlus 8T Pro: It Will Never Come

Next One UI 3.0 beta release might happen soon as Galaxy Wearable gets Android 11 support