In recent times, Huawei has been fighting for its survival in the manufacturing industry. Nevertheless, looking at the advancement of Huawei, things are not as bad as we may think. The company is still releasing new products. In fact, its R&D team is still very active and this is not a trait of a company fighting for survival. However, one thing is certain, its smartphone business is going down. According to @DigitalChatStation, Huawei will launch a mobile power bank that supports fast charging for the Mate 40 series. 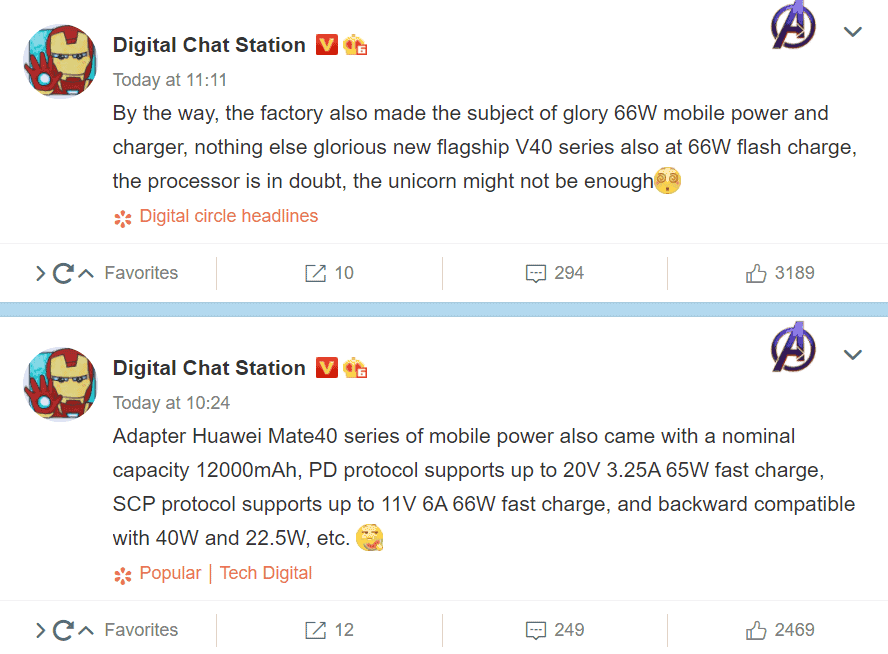 One of the main premieres of Huawei and the industry as a whole in the second half of this year will be the release of the flagships of the Mate 40 series. Rumor has it that the announcement of these devices will take place no earlier than November this year. Huawei itself remains calm and urges its fans to wait a bit, promising that the premiere will take place as scheduled. But at the same time, it does not specify when it will happen.

Meanwhile, Evan Blass has announced that the Huawei Mate 40 series will not be released this year. However, he did not specify whether he was talking about the global market or the Chinese market. Maybe, the announcement of the new devices will take place in China this year. But they will enter the global market only next year. Rumor has it that Huawei is soberly assessing the situation. Also, it does not expect a large demand for the flagships Mate 40.