Finally, the speculations, rumors, and wait is over. Sony finally officially confirms the price and availability of the Sony PlayStation 5. According to the company, the “Digital Version” will sell for $399.99. However, the version with an Ultra HD Blu-ray Disc Drive will hit the shelves for $499. The pre-orders for these devices will commence on September 17th at “select retailers.”

The first outright sale of these consoles will be on the 12th of November. The US, Canada, Mexico, Australia, New Zealand, and South Korea will get this console on November 12th. Nevertheless, the rest of the world will get this device on November 19th. 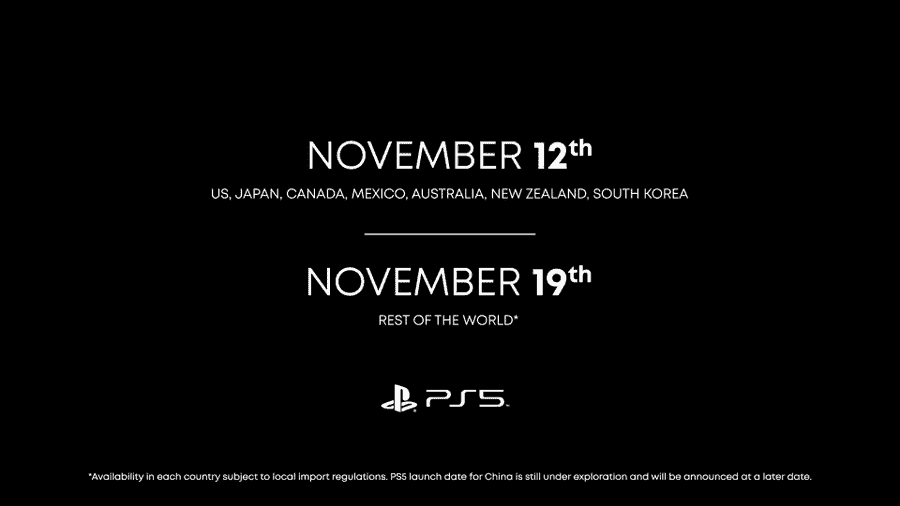 There will be a huge battle in the market between Microsoft and Sony. The Xbox Series S (digital) has a $299 price tag. However, the Xbox Series X comes with a $499 price tag. The first official sales for these consoles will take place on November 10th. The main battle will be between the PlayStation 5  with an Ultra HD Blu-ray Disc Drive and the Xbox Series X. Interestingly, these two consoles have the same price tag. The speculations were somewhat correct, the Xbox is $100 cheaper than the PlayStation 5. However, only the low version has this advantage.

Is the Sony PS5 expensive or fair?

It is important to note that irrespective of the PS5 version you decide to buy, you get the same internals. The major difference in these consoles is the presence of a Disk Drive.

If you think that the Sony PlayStation 5 is expensive, then try the PlayStation 4. The 20GB version of the PS3 currently sells for $499. The 60GB version goes for a whopping $599. This console has the honors of being one of the most expensive game consoles ever.

According to the company, the PlayStation 5 will ship with just one controller. This means that users will have to buy more. The Sony DualSense Wireless Controller will sell for $69.99. The PlayStation 5 has some exciting titles that are worth looking forward to.

What do you think about the PS5 pricing? Is it worth the price? Let us know your thoughts in the comments below