In 2017, Google introduced a special version of Android for weak devices, subtitled Go Edition. In addition to making the firmware itself easier and speeding up its work, the company has added several special versions of already existing applications, and among them, we have the Google Camera Go.

Perhaps the most popular of these has been Google Camera Go, the much-desired camera app that makes it possible to capture good pictures even on the cheapest devices. But this version had a noticeable flaw – it lacked the night mode. In the last update, this defect was fixed. 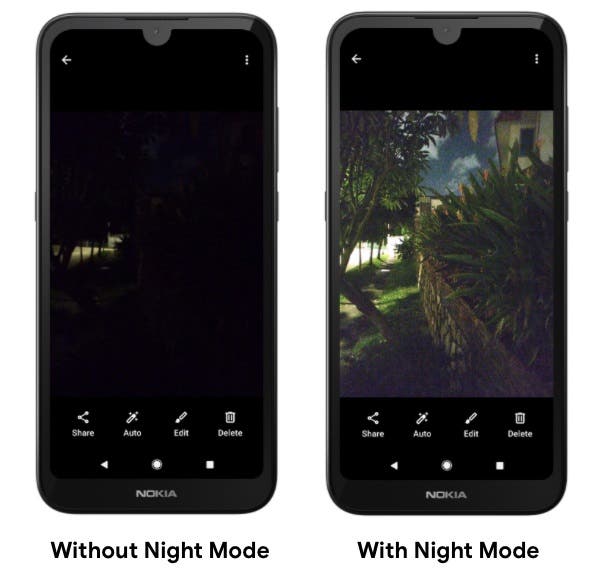 Pixel Night Sight has long been considered one of the best low-light shooting modes for smartphones. The addition of Night Mode to Google Camera Go is likely to give entry-level devices an idea of ​​high-quality night photography without flash.

Based on the official press release, the night mode on Google Camera Go will work exactly the same as on the regular Google Camera. When you press the shutter button, the app will automatically take multiple shots and combine them for clearer images in low light conditions. When using this mode, you do not need to adjust or change camera settings.

A couple of months earlier, Google announced the Google Camera Go alongside Nokia 1.3, an Android Go smartphone. As you can easily assume, the Google Camera Go, or Gcam Go, is a lesser variant of the Camera app that can be found in Pixel smartphones. The Go variant of the app still has a long way to walk, however, it’s exciting to simply imagine the benefits that it can bring to lesser specced smartphones. After all, Pixel smartphones are among the best handsets for photography. That doesn’t come with the use of multiple, outstanding camera sensors. That comes thanks to a powerful set of algorithms driving the camera app.

Just imagine if Google decides to democratize such advanced features like HDR photography to Android Go smartphones? According to GCam modders, this is likely to happen in the future. After digging into the app, they’ve found a hidden “Detail Enhance” google. This google basically enables HDR mode on the app. Developers were able to surface this particular setting, but unfortunately, setting this option on doesn’t do anything yet.

The simple fact that option is there teases us with the arrival of HDR on Android Go smartphones. Google’s proprietary tech dubbed HDR+ can do wonders with the simple camera setup. That’s what we can see across the several smartphones who got support it thanks to custom modded versions of Gcam. If the company enables this on low-end devices, then the doors of customization will also be opened allowing Gcam to flourish even more across smartphones with weak stock camera apps.