Huawei has commenced the release of EMUI 11 public testing for ten of its models.The official announcement shows that the Huawei P40 series, Mate 30 series and MatePad Pro are all getting this update.

List of eligible devices for the EMUI 11 public testing 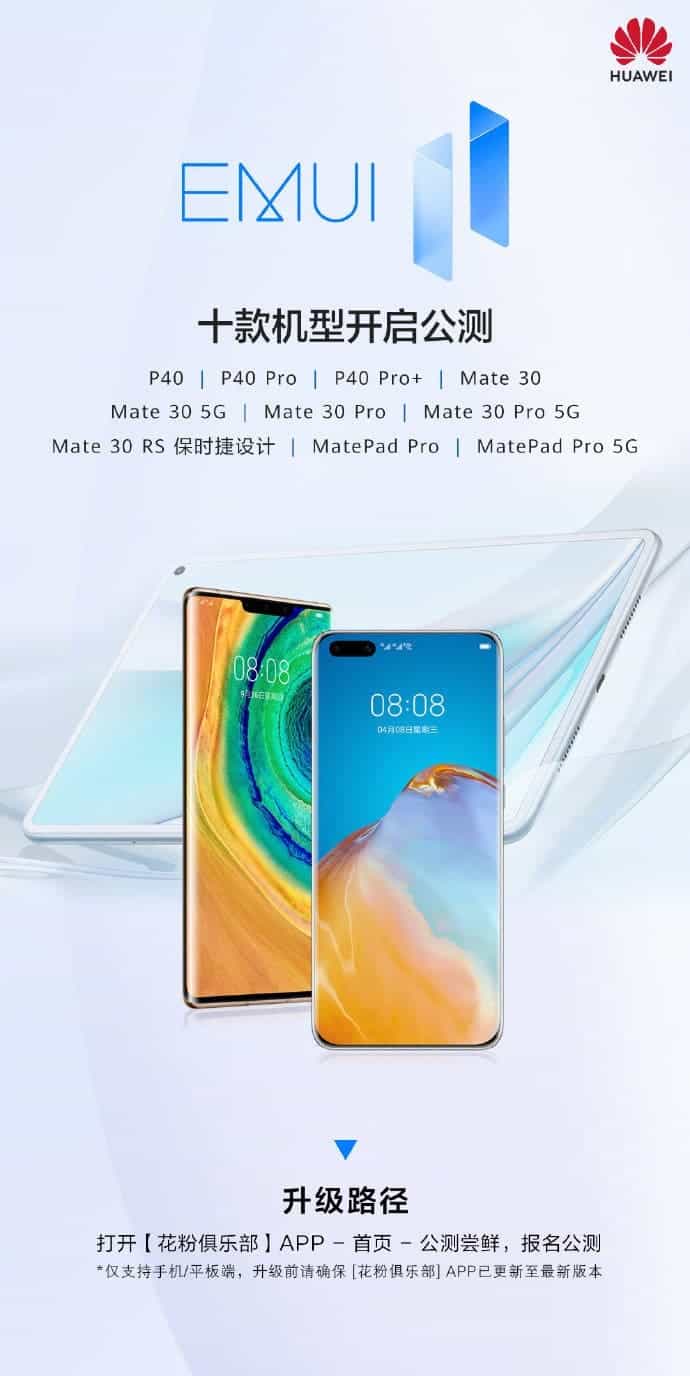 On September 11, at the 2020 Huawei Developer Conference, the EMUI11 system was officially released. This system draws on the distributed technology of Hongmeng 2.0 to realize the interconnection of more different devices. The multi-screen collaboration function of EMUI 11 has been further upgraded. The multi-window content of the mobile application can also seamlessly on a computer. For example, the user can play a live video of an online class through one window and open the memo in another window to record the key points of the teacher. This window can also interact with friends, exchange online class content or occasionally reply to work information.

In addition, EMUI 11 supports PC – tablet collaboration. Users can not only edit the documents of the tablet interface through the PC keyboard and mouse but also mark and draw directly with the stylus. For example, in a meeting, you can drag the displayed document onto the tablet interface, which can be conveniently displayed and explained through the tablet and can also be marked and modified directly on the tablet at the same time. The improvement of office efficiency is obvious.

In terms of privacy, EMUI 11 has added photo-sharing desensitization and privacy memo functions. With photo sharing desensitization function, users can choose to erase the photo’s address, time, and other details when sending photos to friends through Huawei sharing. For privacy memos, users can encrypt a single note in the memo and can view the content after passing identity verification.

These are some of the improvements that make the EMUI system one of the most desirable systems in the industry. This update will be available for more Huawei devices as soon as possible.

Previous Huawei to re-structure its executives - things are changing