Back in the last month, Oppo unveiled the Oppo F17 Pro in India. Launching special editions of its existing devices isn’t something new for Oppo, and the F17 Pro will be the next device to be contemplated with this treatment. The company is gearing up to reveal the new Oppo F17 Pro Diwali Edition on October 19. While the price for the new handset remains a mystery, the company started a teaser campaign to build the hype for the handset. The Diwali Special Edition will feature a Matte Gold color that will make a direct allusion to the festival.

This Diwali, make your loved ones beam bright when you #BeTheLight to spread the light and gift them the new #OPPOF17Pro Matte Gold✨ packed with de-light-ful features and more, coming soon! pic.twitter.com/LhaoR7Zn2g

The official Oppo Website in India even posted a separate image that gives us a fresh look at the Gold-colored Oppo F17 Pro Diwali Edition. Unlike the other versions, this particular variant does not bring a vertical stripe like the other colors. Interestingly enough, this isn’t the most conventional of gradient effects, we have a Gold-to-Aqua gradient, which may not be very “harmonic” to everyone’s eyes. But we have to say that it’s quite original.

The Oppo F17 Pro may come with the very same specifications as the vanilla edition. Under the hood, we may have a MediaTek Helio P95 Octa-Core chipset paired with 8GB of RAM and 128GB of Internal Storage. The device flaunts a 6.43-inch FHD+ AMOLED display with a pill-shaped punch hole.

In the camera department, we have a dual-camera setup on the front comprising a main 16MP shooter with f/2.4 aperture. Portrait selfies will be benefited from a secondary depth sensor with 2MP resolution and f/2.4 aperture. On the rear, we have a Quad-Camera setup sitting on a square-ish array. It comprises a 48MP Quad-Bayer camera with f/1.8 aperture. There’s an Ultra-wide module with 8MP resolution and f/2.2 aperture. Last but not least, there are two 2MP mono sensors for depth sensing. 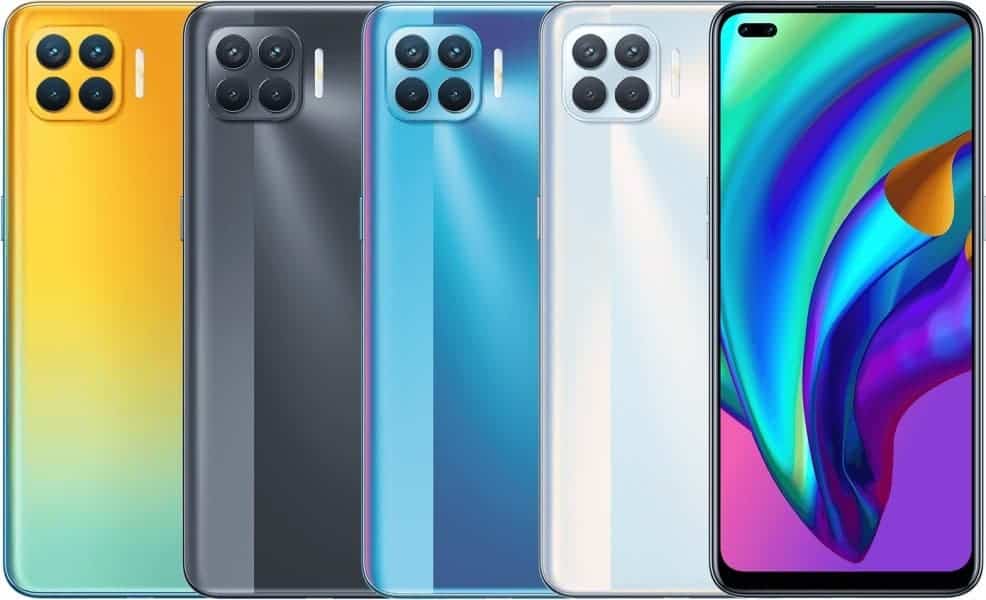 The phone draws power from a 4,015mAh battery complete with a very satisfactory 30W fast-charging. On the software front, we have the Android 10-based ColorOS 7.2. However, it’s one of the few devices to receive ColorOS 11 early update that brings Android 11.

In India, the company sells Matte Black, Magic Blue, and Metallic White colors with an INR 22,990 price tag (~$315/€265). The Oppo F17 Pro Diwali Edition may be priced at the same range if not slightly more expensive.

Next Samsung Galaxy A02 and M02 visit Bluetooth SIG certification