One of the stages in the development of Xiaomi smartphones should be the development of a folding form factor. This will allow the company to create a device with a larger usable display area while maintaining the compact size of the device. And it will also be able to provide an answer to competitors who have already launched folding smartphones. Xiaomi does not hide the fact that it is preparing to present its mobile phone with a flexible display.

Xiaomi received a patent for a Galaxy Fold-style foldable smartphone 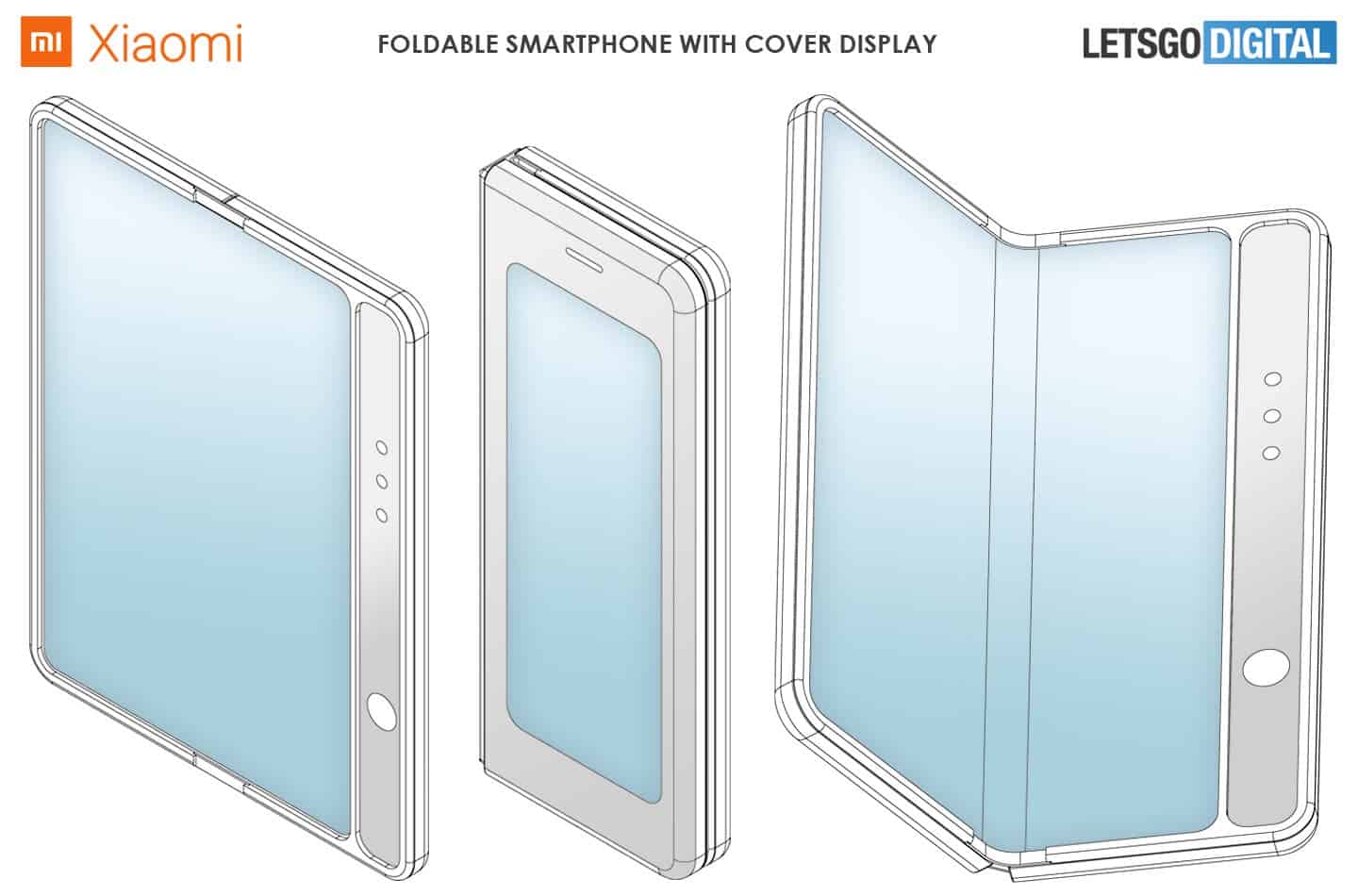 Therefore, it is not surprising that patents appear that describe the features and what kind of folding smartphones made by Xiaomi can be. It is possible that the company will follow the already beaten path and be inspired by the ideas of Samsung, which it has implemented in two generations of the Galaxy Fold. At least, Xiaomi has already filed a patent for such a gadget with the Chinese National Intellectual Property Office.

Sketches from the patent documents show us a foldable smartphone where the flexible display folds into the body. On the outside, there is an additional display with a diagonal of 4.6 inches with a fairly massive frame. The main camera on the back is three-piece.

But unlike the Galaxy Z Fold, the Chinese company ditched the notches in the display; offering a vertical stripe on the right side of the screen; which is supposedly for the front camera module and various sensors. Another detail is that the flexible panel seems to be recessed inside the case and this solution should protect the screen from damage if you put the smartphone in the unfolded state with the display down.

When Xiaomi plans to unveil its first foldable smartphone, there is no information. It looks like it will happen next year. Work on it has been going on for a long time and in March this year. And the company even showed a working sample of it.

The first Xiaomi foldable smartphone will be released in 2021

According to some Chinese sources, Xiaomi will launch its first foldable smartphone next year. Earlier, Xiaomi President Lin Bin said that in creating a dual-fold mobile smartphone, they were able to overcome a number of technical challenges. This includes flexible matrix technology, hinge mechanism, flexible matrix coating and MIUI adaptation. And it will be the world’s first dual-fold smartphone.

But it seems that the Xiaomi foldable smartphone is still far from perfect and there still some problems. One of them is that the smartphone should not be expensive. Yes, the company has already stepped into the territory of flagships from A-brands and began to produce expensive devices. But in the case of a foldable smartphone, it runs the risk of not finding its audience who is willing to pay a lot for the experiment. I think that the reaction from users to the concept Xiaomi Mi Mix Alpha confirmed that the audience is not ready to buy such products at a high price.