When visiting many sites, you may stumble upon advertisements. But, as it became known, soon Google will show ads even on the home page of its Chrome browser. The company is already offering this option in test mode.

Chrome Canary now has the ability to enable the display of ads on the new tab page. So far, you can see them only if you enable the corresponding option in the experimental settings. To do this, enter chrome://flags in the address bar, and then activate the “NTP Modules” and “NTP Shopping Task Module” items.

It is not yet clear if Google plans to enable new tab ads in Chrome by default and whether it will appear in the stable version of the browser. The company often tests various features, but not all of them reach ordinary users. 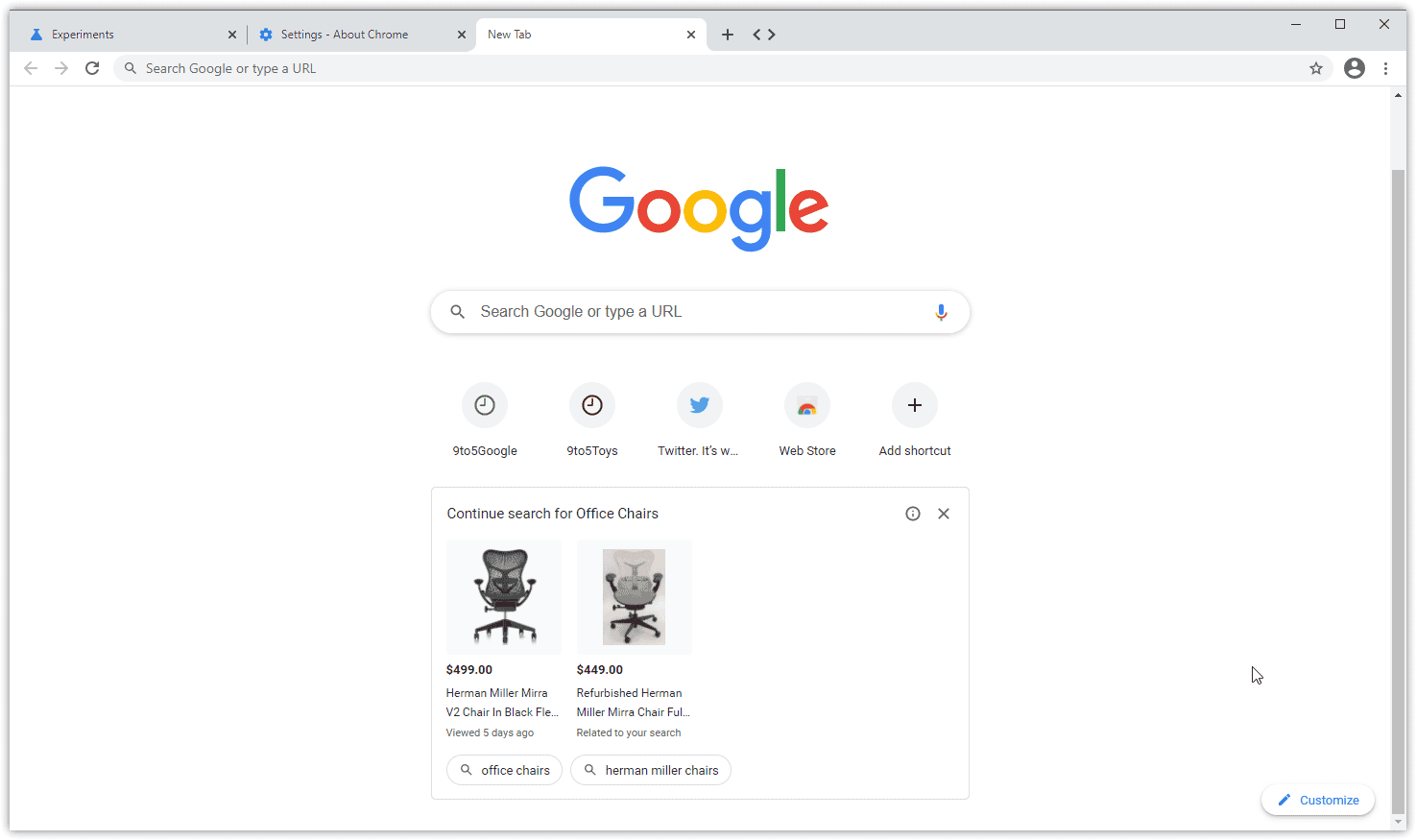 Over the past few months, there have been a series of investigations on the activities of large American technology companies. Presently, the US Department of Justice and state attorneys are investigating Google’s antitrust case. They are considering whether to force Google to sell its Chrome browser and part of its lucrative advertising business.

These solutions were proposed by the Department of Justice (DOJ) while considering and preparing for the antitrust legal battle that began a few weeks earlier. This may be the first spin-off ordered by a US court in decades. They believe that this action will pave the way for the case.

According to insiders, authorities are still discussing how to cut down Google’s control of the $162.3 billion global digital advertising market. The various departments have not yet made a final decision and speak anonymously for confidential discussions. However, prosecutors require advertising experts, industry competitors, and other media to take possible measures to weaken Google’s control .

Read Also:  Chrome will remove the Discover feed on Android

The Justice Department is also preparing a separate antitrust lawsuit accusing Google of allegedly abusing its control of the online search market. The department may formally file a lawsuit next week. The spokespersons for Google and the Ministry of Justice declined to comment.

Google has too much control over the search market

The report concludes that Google, Amazon, Apple, and Facebook enjoy monopoly power. The committee recommends that Congress amend the anti-monopoly law to force them to spin off some of their businesses and make acquisitions more difficult.

The report said: “The company that occupies an absolute dominant position in the field of general online search is Google. It accounts for 81% and 94% of general search queries on desktop computers and mobile devices in the U.S., respectively.”

Furthermore, the report shows that Google is abusing its position as the online search leader. It is forcing vertical websites to surrender valuable data and use its search advantages to enter adjacent markets. In addition, Google is using its dominant position in the search engine field and control of the Android operating system to expand its share of the web browser market…”