Earlier today, Vivo unveiled its Vivo Y1 in Indonesia as a competitive mid-range smartphone. Now, the company seems to be moving forward with the release of a new Vivo Y51s variant in the same country and in Russia. According to a report from MySmartPrice, a Vivo device sporting model number V2031 has been listed on Russia’s EEC certification database. The device also got Indonesia’s SDPPI certification. Interestingly, the latter confirms the marketing name of the device as Vivo Y51s. The device launched as Vivo Y51 in Indonesia sports model number V2030. 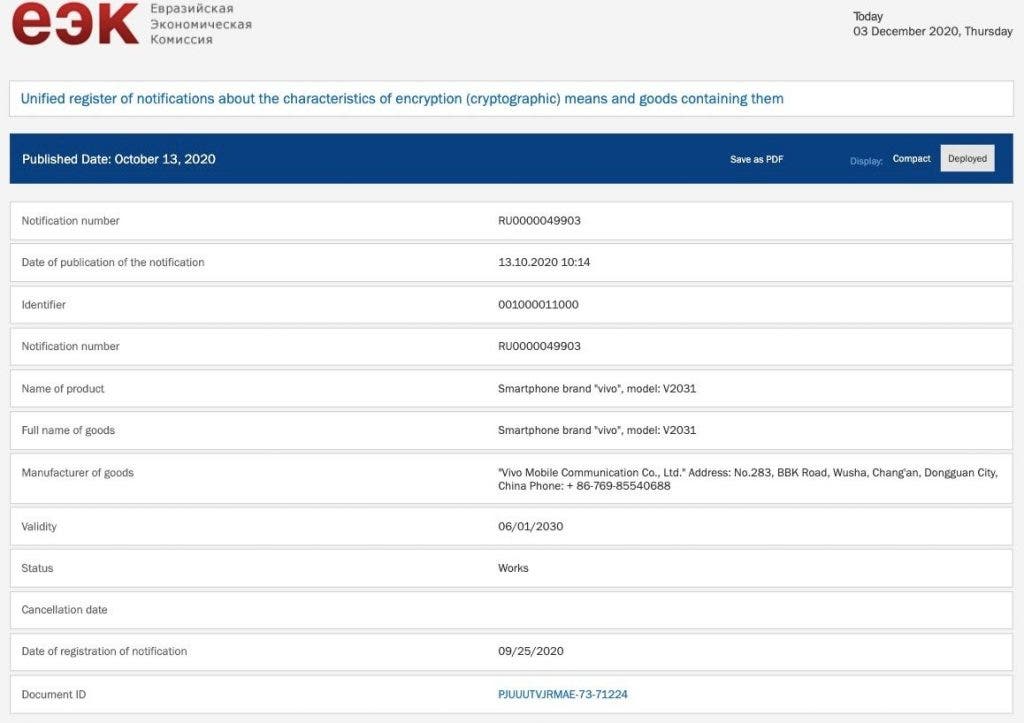 The Vivo Y51s isn’t a brand new smartphone. It was launched in China a couple of months ago. In the country, the smartphone hits the CNY 1,698 price tag which is just around $259. As expected, the device ships with 5G connectivity and was one of the cheapest 5G devices available at the time of its launch in July. We’re not sure if the device will retain the same specifications but that seems to be the way. After all, 5G connectivity would be a good reason for users to pick the Y51s instead of the non-5G model.

Vivo Y51s reached India with a Samsung Exynos 880 5G SoC. Worth noting that Vivo is one of the few third-party companies using Exynos chipsets and will keep this strategy in the next year. The handset comes with an integrated 5G modem offering downlink and uplink speeds up to 2.55Gbps and 1.28Gbps, respectively. The handset comes with 6GB of RAM and 128GB of Internal Storage.

In the camera department, we have a 48MP primary camera in the rear coupled with a 2MP macro and another 2MP unit for depth sensing. We have the rectangular camera shaping here as most of the 2020 smartphones. The phone comes with an 8MP shooter living inside of the punch-hole cutout. 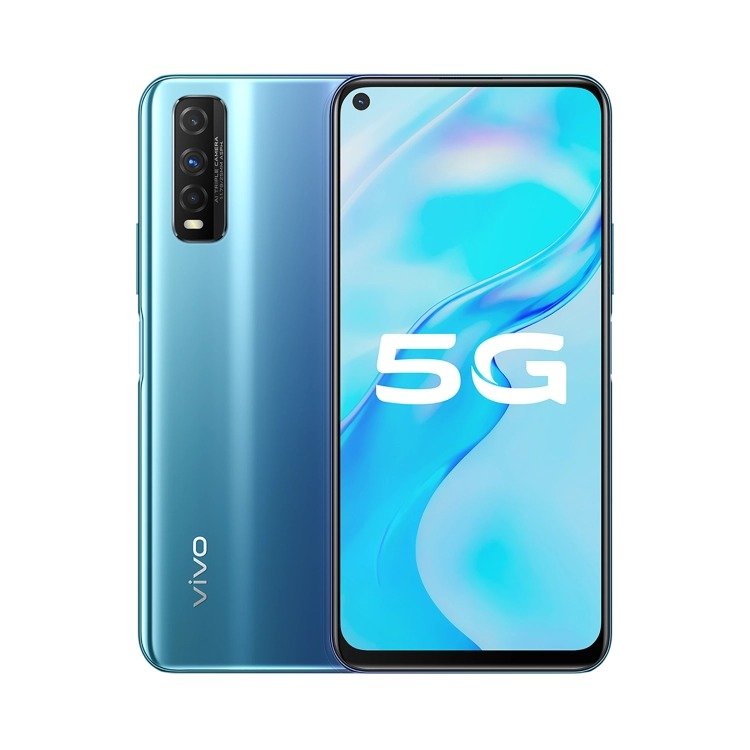 The phone flaunts a 6.53-inch LCD with FHD+ resolution and the punch-hole lives in the top-left corner. The panel comes with a 20:5:9 aspect ratio. The handset draws power from a 4,500mAh battery with 18W fast-charging support. Despite the charging capabilities, the phone comes with a micro USB port.

It runs Android 10-based FunTouch OS 10.5 based on Android 10. Hopefully, it will be eligible for an Android 11 update that brings a new OriginOS skin. Other features include Wi-Fi, Bluetooth, a side-mounted fingerprint scanner, GPS, and BDS.

We’re not putting our hopes high for a December release. After all, the Y51 has just landed. However, nothing can be discarded without a confirmation from Vivo.

Previous Galaxy 20 Series getting stable One UI 3.0 update in the US and Europe

Next Which Brand Smartphone With Snapdragon 888 Are You Going To Buy?