Vivo is gearing up for a last-minute launch in 2020. On December 29, the company will unveil its Vivo X60 series in China. The smartphone family that is well known for its camera-centric features is about to debut a brand new chipset. The company officially confirmed that the Vivo X60 smartphones will be the first devices to feature Samsung’s latest Exynos 1080 chipset. What is so special about this chipset? Well, it’s the first Exynos to come with a 5nm architecture.

The world’s first smartphone to come with Exynos 1080 SoC

The device got benchmarked with model number V2047A. Thanks to previous leaks, we know that this model number belongs to the vanilla Vivo X60. The chipset aligned with 12GB of RAM scored impressive 888 points in the Single-Core test and 3,244 points in the Multi-Core department. An interesting detail is that the device runs on Android 11 OS. It basically confirms the debut of Vivo’s OriginOS within the new smartphones. 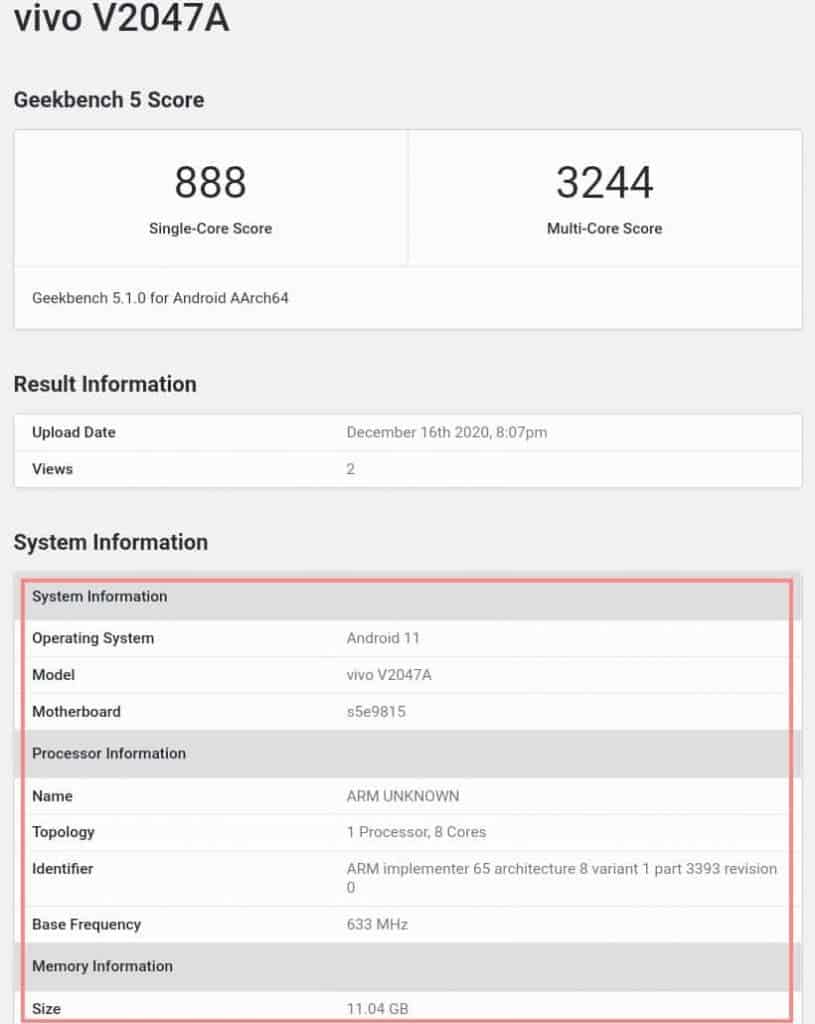 Apart from the stellar performance, the handsets will not disappoint in the camera aspects. The vanilla Vivo X60 will sport a triple-camera setup whereas the Pro model has four cameras. According to a recent leak, the X60 will bring a primary 48MP camera, a 13MP super-wide lens, and a 13MP portrait camera. The Pro model has an additional 8MP periscope zoom lens with 5x optical zoom and up to 60x digital zoom. To make things more interesting, these lenses come with ZEISS technology. Of course, the new OriginOS software will bring a set of camera features to greatly expand the capabilities of this camera setup. The Vivo X50 series impressed with a powerful camera setup and a steady video recording. Hopefully, the Vivo X60 series will improve even further and bring a better experience for users.

For now, we expect the X60 series to close in 2020 as the last smartphone launch this year. Of course, this can change in the coming days if a company comes with a launch for December 30. According to rumors, the device will have a starting price of around CNY 3,500 (~$535).