Xiaomi has unveiled the Mi QLED 4K 55 TV, which has Android 10, HDMI 2.1 and other modern features at an attractive price compared to the competition. 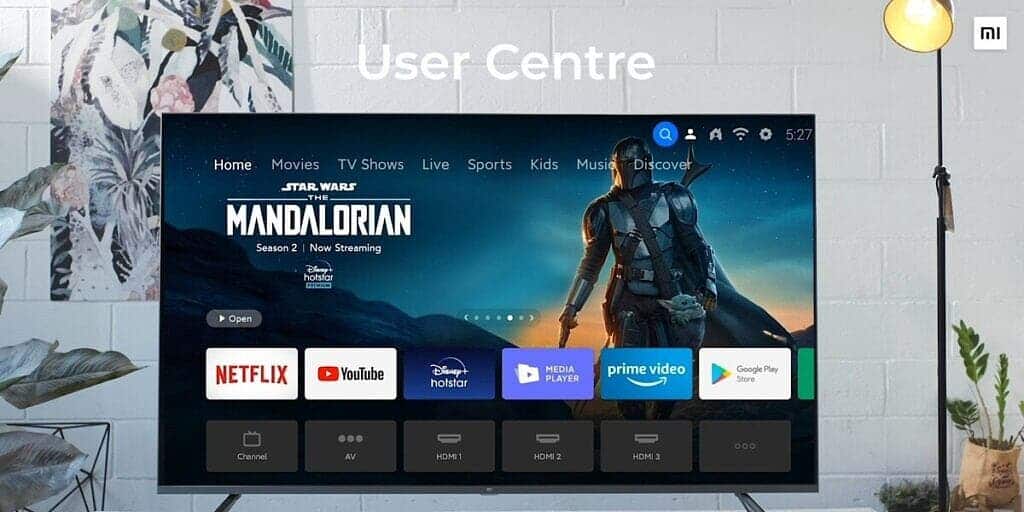 The Xiaomi Mi QLED TV 4K 55 uses a 55-inch narrow bezel panel that covers 96% of the device’s area. The TV received a metal frame with a diamond edge. The TV is similar to the Mi TV 5, but it has noticeable differences.

The manufacturer has chosen its own marketing name for the MEMC technology, which in this case is called Reality Flow. It allows you to display content captured at 24 or 30 fps more smoothly. The TV supports ALLM (auto low latency mode) and automatically switches to Game Mode when it detects next-generation game consoles.

The TV is equipped with 6 speakers, including 4 full-range speakers and 2 tweeters with a total output of 30 watts. The company says each of the speakers has a larger resonance for louder sound. The TV also has Dolby Audio support.

The Mi QLED TV 4K 55 runs Android 10 for Android TV. In addition, the TV uses the latest version of the Xiaomi PatchWall 3.0 platform as an alternative to the stock Android TV launcher.

The TV is equipped with three HDMI 2.1 ports with eARC support, optical audio output, two USB ports, an Ethernet port, a headphone jack and RCA ports for legacy multimedia devices. It comes with a Bluetooth remote that has a built-in microphone for voice commands, as well as dedicated hotkeys for Netflix and Amazon Prime Video. The price of the devices in India is $750.