More leaks and speculations regarding the upcoming Honor V40 series are hitting the web. The latest leak shows a schematic sketch of the back panel of the Honor V40. According to the leak, this smartphone supports a vertical wireless charger. The image shows that the charger supports a maximum charging power of 45W. 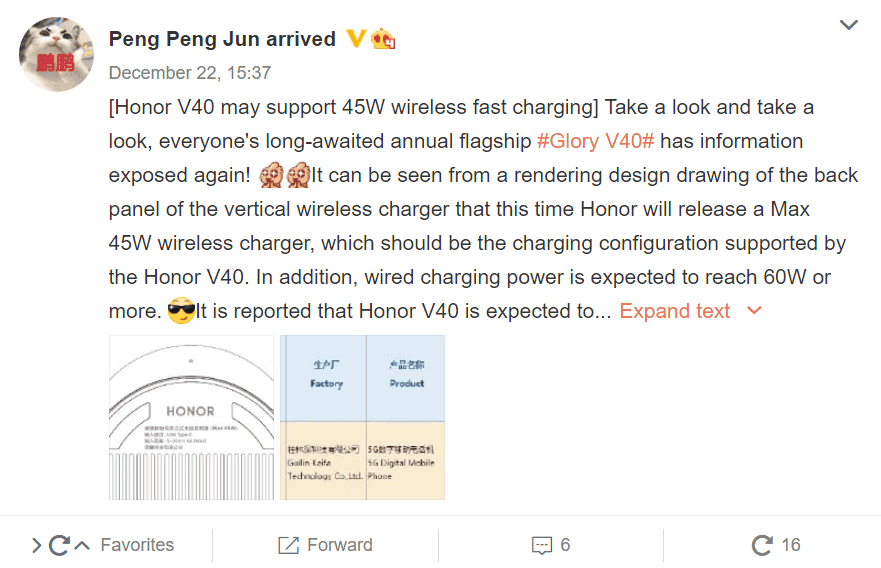 Presently, Honor V40 (YOK-AN10) already have TENAA and 3C certifications. These listings show that this device comes with a 66W fast charging source adapter (HW-110600C00). It is worth mentioning that Huawei Mate40 and nova8 series also use HW-110600C00 adapters. 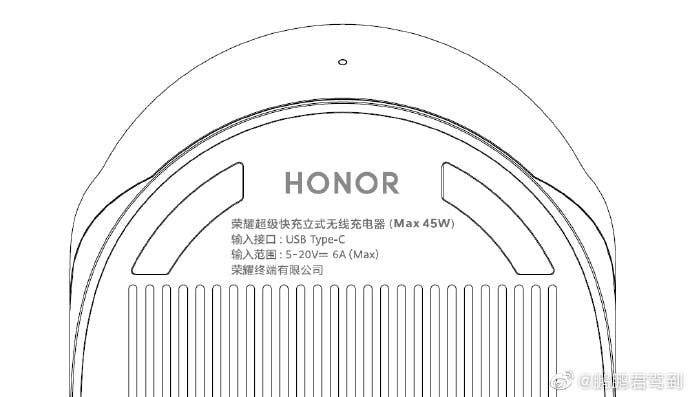 From previous reports, Honor V40 will use a 6.72-inch FHD + large curvature punch-hold curved screen. The display supports up to 120Hz refresh rate and adopts a dual speaker design. We expect this smartphone to officially launch around mid-January next year.

A recent leak from @RODENT950 shows that the V40 series will use a pill-shaped dual punch-hole front camera as well as a dual speaker design. Furthermore, this device comes with a highly curved screen. There are speculations that this phone will run on Android 10 + Magic UI 4 + HMS.

Since the official sale of Honor, the company is yet to release its own smartphone. Cutting all ties with Huawei means that it is free to use American technology with permission of course. From the speculations so far, the Honor V40 series will be its first smartphone after its sale. The Honor V40 charger was certified in July this year and can provide up to 66W of charging power. Three models of the V40 series have been put on the shelves of Jingdong Mall and are expected to be officially released next month.

This new Honor series is still very similar to the Huawei nova 8 series. It supports 6W wired fast charging and 40W wireless fast charging. This phone comes with a 50MP main camera in a triple rear camera setup.  The Pro+ version has four rear cameras. It will use a pill-shaped punch-hole which will have a 13MP camera as well as a depth of field lens. As for the processors, there are multiple unconfirmed reports. One report claims that four models of the V40 series will use four different processors. The report claims that the Honor V40 will come with a Dimensity 1000+ SoC. In addition, there will be an Honor V40 Pro which will use Samsung’s  Exynos 1080. Furthermore, the V40 Pro+ will use Snapdragon 888 while the V40 Commemorative Edition will come with Huawei’s Kirin 9000. However, there is no confirmation to this report so it is best to take it with a grain of salt.