Xiaomi is not entirely a smartphone company as many already know. In fact, the Xiaomi internet business started before its smartphone business. In 2010, the company released its MIUI skin. However, its first smartphone officially hit the market in 2011. Xiaomi has been doing a lot to improve the experience in its MIUI system. Nevertheless, according to recent reports, the company is pledging to do more. Xiaomi’s founder and CEO, Lei Jun, believes that the MIUI Android skin can be better. This is the latest commitment from the company to improving the performance of MIUI.

“Smartphones are products that highly integrate hardware, software, and Internet services…The mission is to create better software and hardware integration and interconnection experience.

Come on, I believe MIUI will be better”. 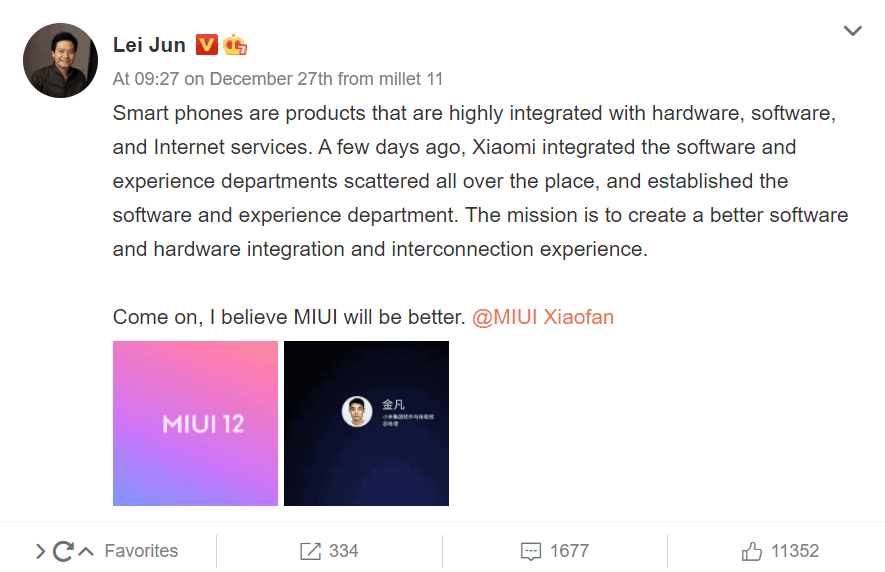 While many people will love to see the improvements in MIUI, Lei Jun did not reveal any specific details. Thus, we do not know when MIUI’s new features will arrive or which improvements it will get. However, it is relaxing to know that the company is making efforts to make MIUI better. Of course, we are expecting to see some software improvements with the Xiaomi Mi 11 launch tomorrow.

According to recent leaks, the Xiaomi Mi 11 will run on MIUI 12.0,9.0 on top of  Android 11 (RKBCNXM). This device will also come with the Android security patch for November 2020. Furthermore, we expect some software improvements in this device.

Next OnePlus 9 prototype surfaces on Ebay with a cool $3,000 price tag