Just recently, Huawei unveiled its Huawei Nova 8 series in China. The devices came with modern specifications and updated software. They’re the company’s latest attempt to keep its smartphone business smooth and attractive even amidst the ban issues. Despite the arrival of the new smartphones, the company seems to be committed to those that came before – The Huawei Nova 7 series. Today, Huawei is rolling out a new software update that brings additional features and November 2020 security patch.

Interestingly, those devices got EMUI 11 a couple of weeks ago. Despite the “11” it still is based on Android 10. The new update comes to add a new Flash File Transfer feature, high-quality video transmission, and smart payment features. Moreover, it comes to address an issue related to WeChat cloning while sharing. The update is reaching both the Huawei Nova 7 and Nova 7 Pro and bears EMUI 11.0.0.140 software version. Worth noting that the update arrives as the same version for both devices and brings the exact same changelog:

He stated that the Huawei Nova 7 smartphones were the top-selling mobile devices in China in the third quarter of 2020, which is a huge achievement for the company. After all, Huawei has been slowly suffering the damage caused by the US onslaught on its software and hardware front. 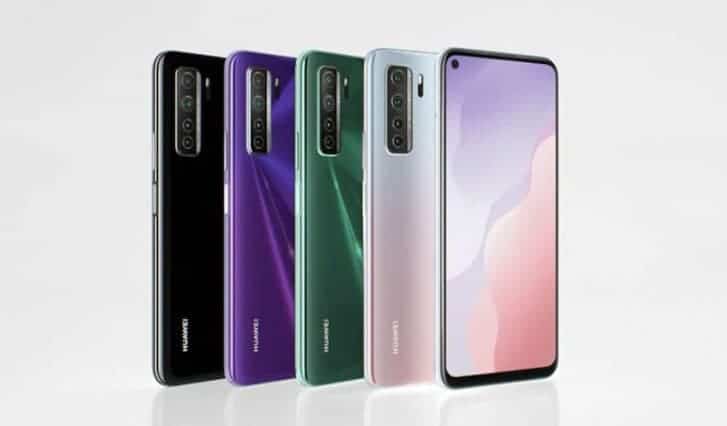 The line was released in April. The Huawei Nova 7 Pro is based on the Kirin 985 SoC, it has a 6.57-inch Full HD + curved OLED display with a built-in fingerprint scanner and an embedded dual front camera with 8 and 32-megapixel sensors. The base Huawei Nova 7 features a 6.53-inch OLED flat screen with a single 32MP front camera, as well as a slightly simplified main quadruple-camera with 3x optical zoom.

The newly launched Huawei Nova 8 series pack MediaTek Dimensity chipsets as the Huawei HiSilicon chipset division can’t produce new chips anymore. We’re curious to see if the brand new smartphone series will be equally successful as its predecessors. Despite the crisis caused by the US ban and all the casualties, Huawei still has the domain of the Chinese smartphone market. The giant shipped more than 28.13 million smartphones in the third quarter and amassed a total market share of 56.6%.

The company hopes to keep positive numbers in Q4 2020 with the release of the Nova 8 series and Mate 40 flagship series.

Previous How useful is the 5G network? - Top 4 disadvantages of 5G connection

Next I believe MIUI will be better - Xiaomi founder pledges