Since the last week, Xiaomi has been running against the time to ensure that most of its smartphones will be running up to the date security patches before the end of the year. The company already rolled out December 2020 security patches for a bunch of its Mi and Redmi smartphones. Today, the Redmi 9 got the update. Now, the Mi 10T, Mi 10T Pro, and Redmi K30s are getting the same treatment. According to reports, this is a global rollout. So users in many regions will be contemplated with the update in the next few days.

Interestingly enough, Xiaomi already rolled out January 2021 security patch for some of its devices. Those out of this lucky spectrum will be getting the December 202 security patch, and there is nothing wrong with that. The latest update bumps the firmware version of the aforementioned devices to MIUI V12.0.9.0.QJDMIXM.

The update is reaching all eligible devices in a gradual manner. So it may take several days to reach all devices in every region where they are available. You can try your luck by manually checking the software update on your device. Just head over to the device Settings > About Phone > Check for a Software update.

The update still is based on Android 10 for both devices. We believe that the Android 11 update will arrive in the next month with the newly launched MIUI 12.5 running on top. The new version of Xiaomi’s software skin was unveiled today alongside the Mi 11 series. We expect a bunch of Mi devices to get this new firmware in the coming months. It introduces new features, software refreshments and serves as an incremental update before the MIUI 13. 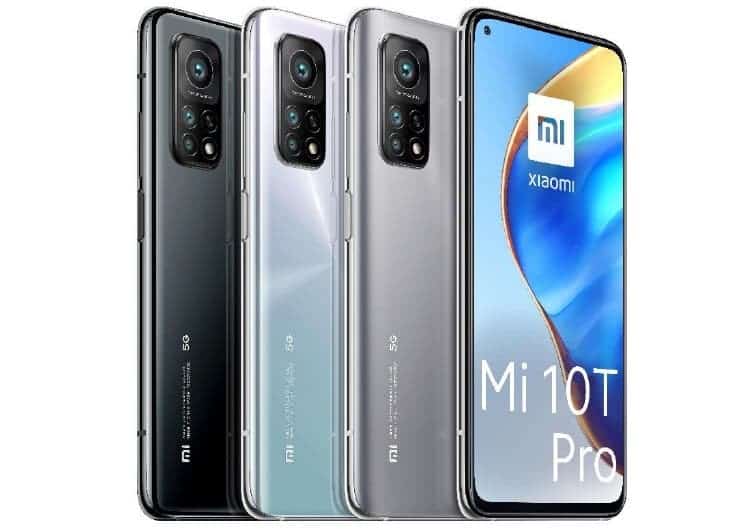 The Mi 10T and Mi 10T were released in September this year with a set of competitive specifications. The device can be called “cost-effective” flagships as both of them pack the Qualcomm Snapdragon 865 SoC. The Mi 10T brings a 64MP camera whereas the Mi 10T Pro is equipped with a 108MP camera setup. Xiaomi has cut some corners in the display department. Both devices bring a 6.67-inch LCD. However, this isn’t a cheap panel. It comes with a whopping 144Hz refresh rate, something that isn’t even available in the Mi 11 series. The device also came with Stereo Speakers and a massive 5,000mAh battery with 33W fast-charging. Unlike the Mi 11 series, these devices come with a charging brick.