As Hisense has officially confirmed, at CES, the Chinese company will be the first company to release the world’s first full-color laser TV with social functions. Laser TVs have been on the market for a few years, and they are very popular now. For some customers, they even replace the regular smart TVs. We should also recall Xiaomi, which was the first to design a laser TV at an affordable price. But what’s more important, Hisense has been in the TV industry for ages, and it knows how to make innovative products. 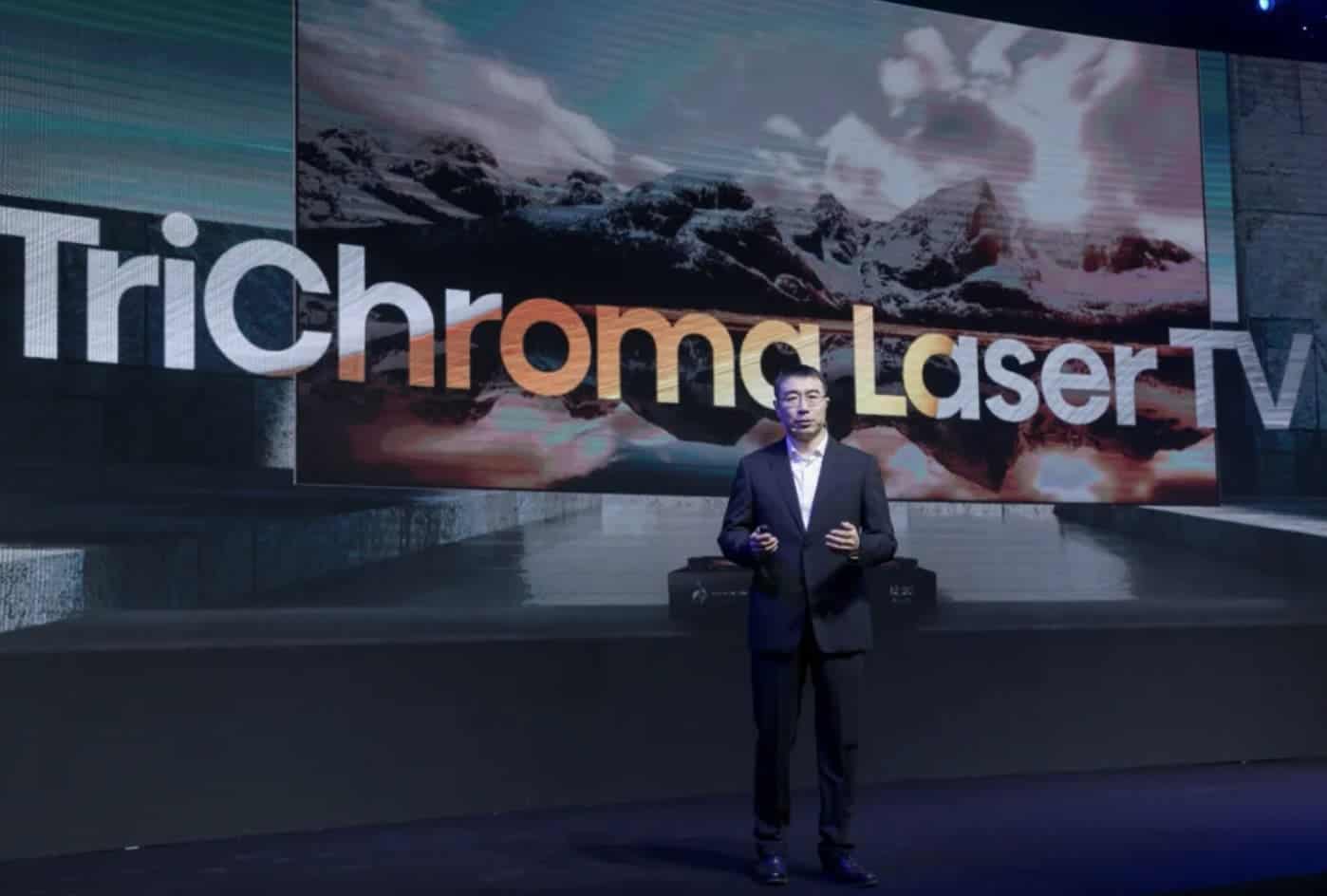 The new Hisense full-color laser TV adopts RGB three-primary-color full-color light source architecture. The single-encapsulated laser light source does not interfere with each other. And the color rendering is purer. At the same time, the high-brightness chip allows the screen brightness to reach 430 nits, exceeding the brightness standard of digital TV. Hisense’s exclusive three-color laser design eliminates the color wheel mixing components, which reduces the volume of the optical engine by 30%.

Hisense said that the new TV has achieved a 128% improvement in original color. The highest color gamut standard can reach 107% BT2020. And the color gamut coverage reaches 151% of the DCI-P3 movie color standard, surpassing high-end theaters by nearly 50%.

Hisense claims to be the first TV brand to launch social TV, the first 6-channel video call function, and further upgrade to support 1000 party calls. The L9F series is equipped with a Hi Table social system and an AI camera. The camera supports 1080P image quality and can be adjusted by 15°. At the same time, AI full-time far-field voice can realize functions such as 6-channel video call, AI fitness, same-screen viewing, karaoke and microphone.

Hisense announced that in the future, it will also launch a commercial laser TV solution with 10,000 lumens or more, and mass-produce curling screen laser TVs.