Earlier today, American firm, Intel, announced a change of its leadership. The company actually changed its CEO. Intel’s CEO, Bob Swan, probably never saw this coming as he recently shared his plans for the future of the company. According to the announcement, Bob Swan will step down on February 15. Pat Geisinger, an Intel staff for 30 years and former CTO will take over the office of CEO in February.

In addition, Intel claims that the change has nothing to do with its 2020 financial performance. Intel’s former CEO, Brian Krzanich, had to step down after reports of his “office romance” in 2018. After serving as Intel’s interim CEO for 7 months, Swan officially took over in January 2019.

Pat Gelsinger is returning after 9 years

Pat Gelsinger, who is about to take over as CEO, is a technology veteran. He has also worked at Intel for 30 years. Furthermore, he promoted the research and development of key technologies such as USB and Wi-Fi and led 14 different microprocessor programs. Since 2012, he has been the CEO of VMware, leading the company to almost triple its annual revenue.

Omar Ishrak, independent chairman of Intel’s board of directors, said that after careful consideration, the board has concluded that now is the right time to change the leadership. After the CEO’s announcement, Intel’s stock price rose by more than 12%. As of press time, the stock price growth rate has stabilized at around 8%. 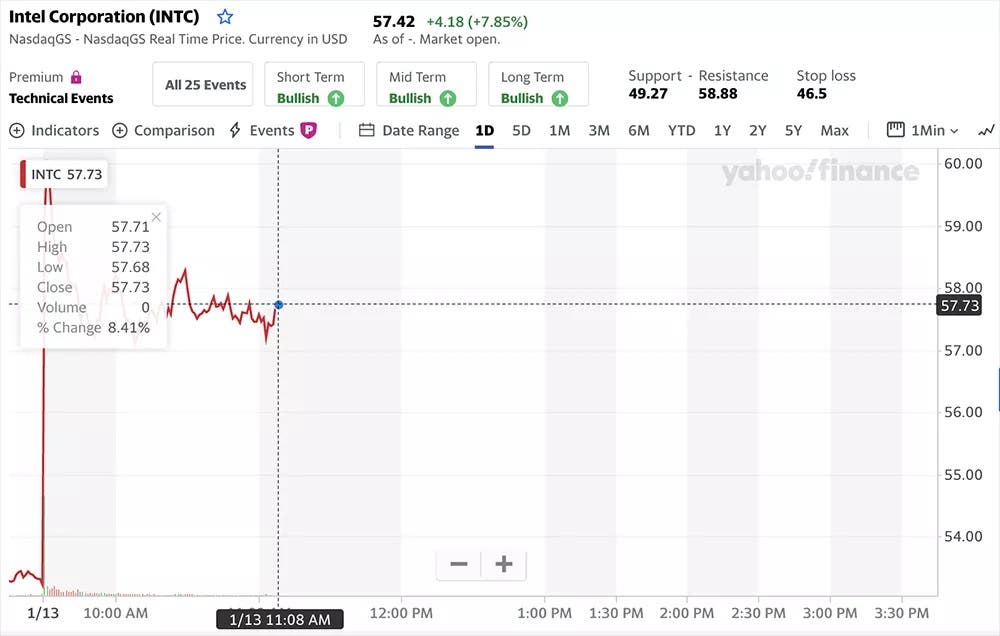 According to Omar Ishrak, Independent Chairman of Intel’s Board of Directors…”Pat is a proven technology leader with an outstanding track record in innovation, talent development, and in-depth knowledge of Intel. He will continue his values-based cultural leadership approach and focus on operational execution. After much deliberation, the board of directors concluded that it is the right time to change the leadership to take advantage of Pat’s technical and engineering expertise during the critical period of Intel’s transformation. The board is also confident that Pat and the other members of the leadership team will ensure the effective execution of Intel’s strategy, consolidate its product leadership, and take advantage of important future opportunities to continue its transformation from a CPU to a multi-architecture XPU company”.

Read Also:  Intel To Become "Hybrid-First" Company, Allowing Its Employees To Work From Home And On-Site

Gelsinger said: “At this important moment, for the company, our industry, and our country, I am very happy to rejoin and lead Intel forward. I started my career at Intel…I am also honored to be able to return with this leadership status…”