The official Weibo channel of the iQOO announced that the sales of iQOO 7 ended this morning. Not surprisingly, the current sales of the phone have exceeded 200 million yuan ($30.89 million). 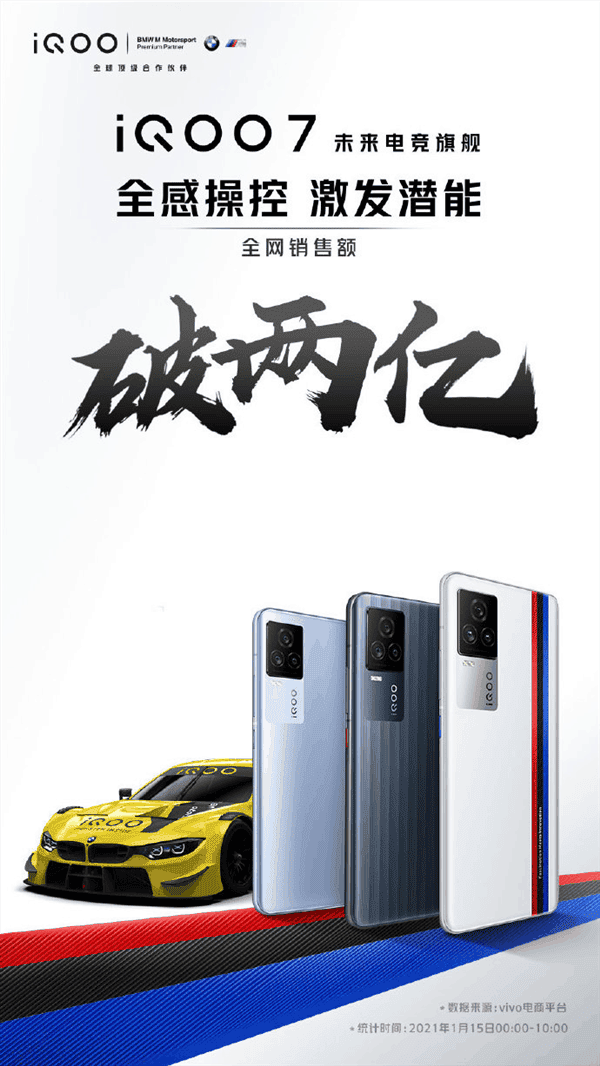 Reasons Behind Success of iQOO 7

The iQOO 7 uses marine aluminum as the middle frame material, which has better corrosion resistance and toughness. It comes with a glass back cover using the new AG technology and has a thickness of 0.6mm.

Another selling points of this handset are the under-screen dual-control pressure sensing, dual-line motor, and dual speakers to form a full-sensing control system. Among them, the dual-control pressure sensitivity under the screen can map the two operating areas of the screen to any position in the game according to the user’s preferences; the dual-line motor supports two vibration units to build a sense of orientation and layering of vibration; the loudness of dual speakers is as high as 71.5dB.

iQOO stated that it worked with Tencent, Qualcomm, and China Academy of Information and Communications Technology to develop game voice technology standards. As a result, it is the first to release a game voice optimization technology. The iQOO 7 is equipped with CS43131 processing chip and also has two small Sony gold standards.

As for gaming, it’s considered to be the official KPL game machine. And the iQOO 7 brings a brand new game box and a stronger Monster mode.

It is worth mentioning that all iQOO 7 series handsets come standard with a 120W FlashCharge technology. It can charge to 100% in 15 minutes. At the same time, the iQOO 7 comes standard with a 120W charger, compatible with the 65W PD protocol. The length of the charging cable reaches 1.5 meters.

Inside, the iQOO 7 sports a 4096 square millimetre heating plate. The internal heating plate adopts a power pump with a “spiral braided wire” structure. The latter can reduce the temperature of the whole machine and still have a good grip during games.

iQOO 7 uses the “horizontal full-scenario antenna” and an additional antenna outlet. Its Wi-Fi 6 has also been upgraded to the “enhanced version”. The maximum theoretical download rate has been increased to twice that of iQOO 5.

Under the hood, the iQOO 7 hosts the Qualcomm Snapdragon 888 processor. It comes with an enhanced LPDDR5 memory and enhanced UFS 3.1 storage, and supports Multi-Turbo 5.0.

Finally, our protagonist runs on the OriginOS for iQOO, which supports functions such as atomic components, consoles, and energy cube behavior wallpapers.

Previous Xiaomi Responds To Its Appearance In The US Blacklist