Taiwanese fabled chip maker MediaTek have released today their new 5G flagship SoC – Dimensity 1200. And almost immediately the chinese rugged phone manufacturer Ulefone revealed, that they will use this new 5G SoC on their next flagship rugged phone in 2021 – Ulefone Armor 12. Fast and smooth declaration of trust in this new chipset.

Dimensity 1200 adopts 6nm processing technology an it is MediaTek’s first 6nm chipset. Also the first one to use the Cortex-A78 cores. Its CPU has a 1+3+4 configuration with prime A78 core is running at 3.0GHz, plus three more A78 cores clocked at 2.6GHz and the usual quartet of power-efficient A55 cores running at 2.0GHz. The overall CPU performance of Dimensity 1200 is up by 22% and power efficiency by 25%, compared to Dimensity 1000+. 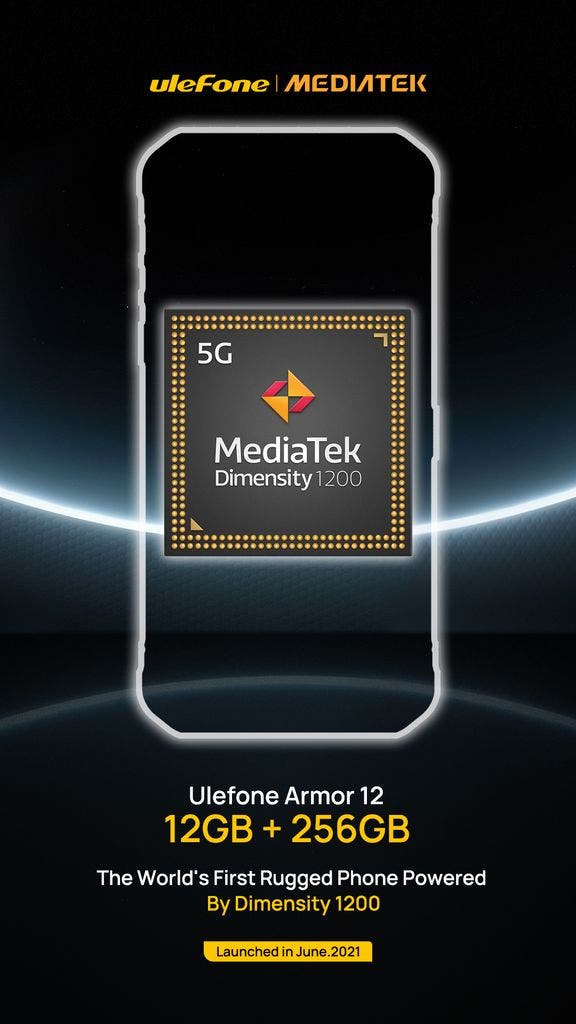 Choosing a powerful chipset is a statement, that Armor 12 will not be cutting any corners with the specs. According to a reliable source, it will pack 12GB+256GB combo, so it may be the first Ulefone rugged phone with 12GB RAM. However, the rest of Ulefone Armor 12 specs are yet to be revealed. But it’s plenty of time for that, cos the release is slated for June 2021. If interested, you can keep an eye on the Ulefone official website for more details soon.

Previous Video : Five reasons why you should buy rugged F150 B2021