First of all, Lu Weibing shared his thoughts on ToF sensors. He said that the brands that were once talking about it and marketing it failed to utilize it. ToF stands for “Time of Flight” sensors. What is the working of ToF sensors? Well, these are the sensors that use infrared light to estimate the depth. It can improve the blur effect in images. However, they are mainly used for AR and 3D imaging. 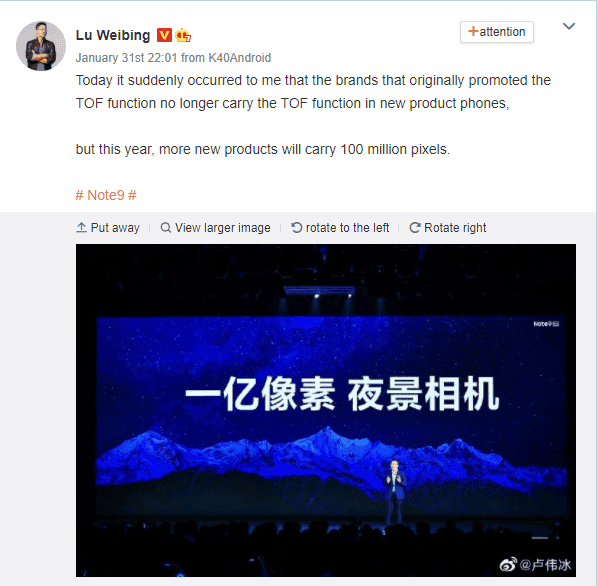 We have seen a lot of smartphones with ToF sensors. Most Samsung flagships use it, and even some Huawei smartphones. Xiaomi didn’t really highlight ToF sensors in their smartphones. Apart from the ToF sensor, Lu Weibing also gives us a big hint. According to him, more products will come with 100 million pixels.

Xiaomi started the trend of 108MP sensor with its Xiaomi Mi Note 10. The smartphone was launched in late 2019. It came with five sensors and it was a comeback of Xiaomi. The Chinese tech giant is always known for its performance-centric devices. And I consider Mi Note 10 their turning point. With the launch of Mi Note 10, Xiaomi told everyone that they can also offer camera-centric devices.

More mid-rangers to get 108MP sensor 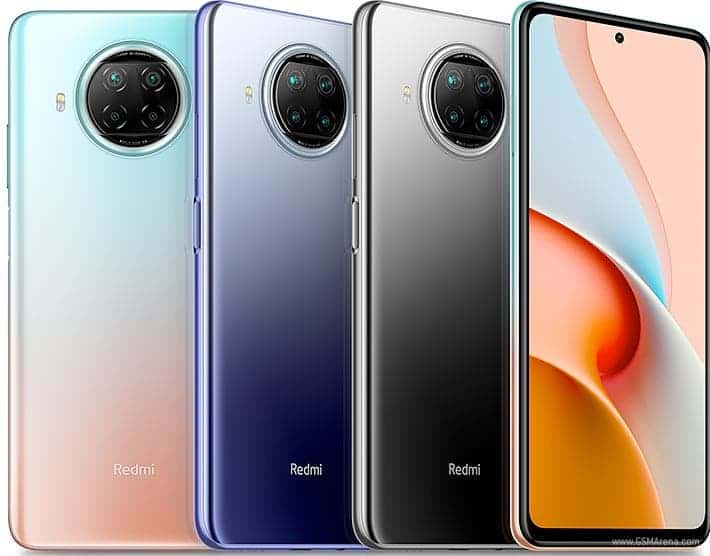 Recently we saw the launch of the Redmi Note 9 Pro 5G. It is a mid-range device launched in China. The smartphone came with a 108-megapixel sensor. And you cannot get another smartphone offering a 108MP sensor in his price range. The smartphone also came to the global market as Xiaomi Mi 10i. The Weibo post of Xiaomi’s General Manager hints that this is not the end.

We are excited about the Redmi K40 lineup. It will be coming with advancements in both performance and display. But it seems like that they might also utilize 108MP sensors preferably ISOCELL HM2 sensor. If this comes out true, then you can expect Redmi K40 series to be a flagship killer series. Let us know what do you think of 108Mp sensors in the comments section below!

Next Apple will bring back Touch ID, but the Home button will become story