Lu Weibing, vice president of Xiaomi Group China and head of the Redmi brand, has released a teaser image with the date of the official announcement of the long-awaited flagship Redmi K40. The smartphone will be presented on February 25. According to Lu Weibing, Redmi K40 will be the first New Year gift for fans of the brand in China. And it will also receive a completely new design and will be positioned in a new way.

Official: Redmi K40 on Snapdragon 888 will be presented on February 25 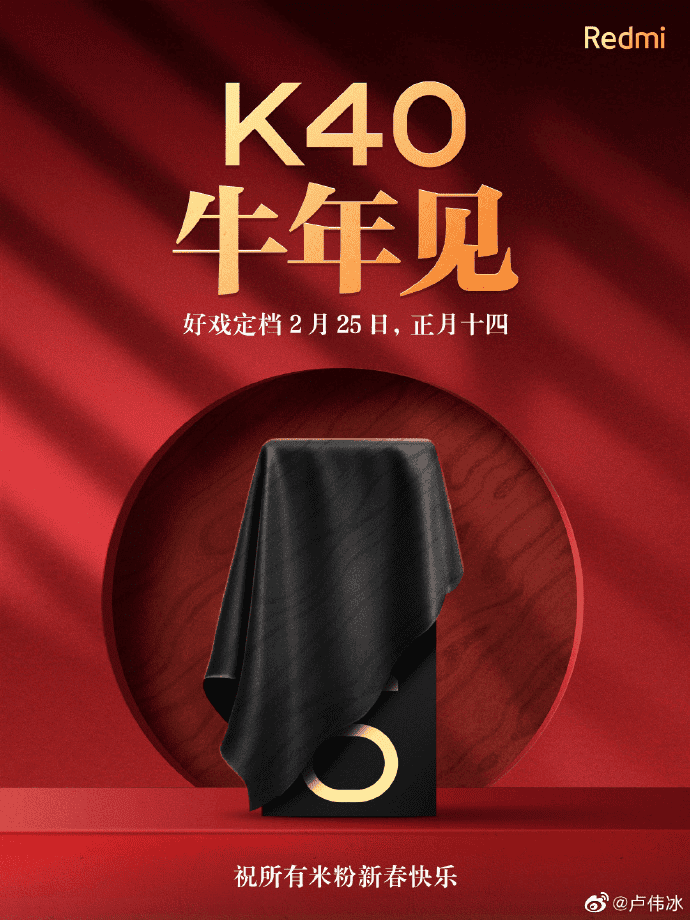 Since a little more than two weeks remain before the premiere, we will wait for a series of official teasers with the characteristics of the device later, and now we can only systematize the rumors. So, it is reported that Redmi K40 will not receive wireless charging, and the wired power will be 33 watts. The battery capacity will be in the range of 4500-5000 mAh.

Redmi K40 will receive a high-quality Samsung OLED screen (like the Xiaomi Mi 11, but only flat, not curved) with a tiny embedded front camera, LPDDR5 and UFS 3.1 memory, a multi-module camera. The Snapdragon 888 version of the model will cost about $ 465. 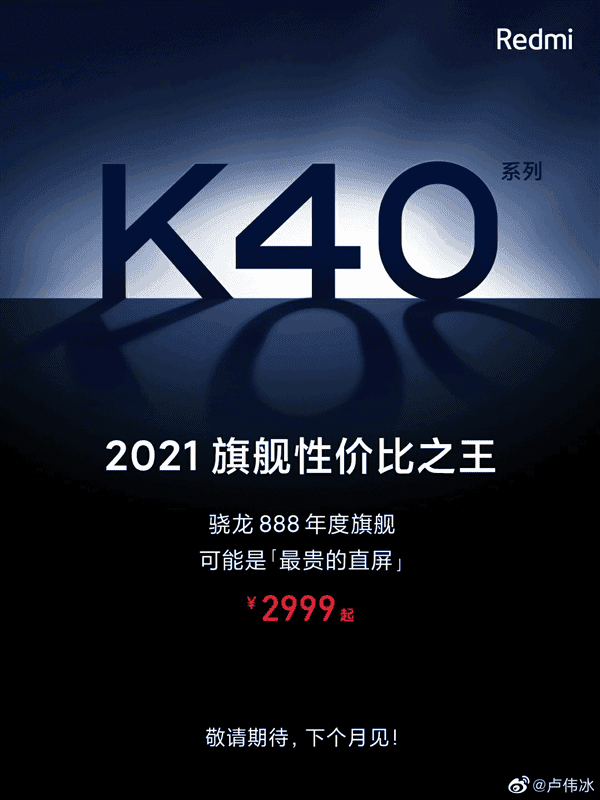 Xiaomi was the first company to unleash a flagship with Qualcomm’s Snapdragon 888 chipset. The brand revealed the Mi 11 in December alongside MIUI 12.5. Today, the company has officially announced the new flagship for global markets, alongside the respective version of MIUI made for the global audience. Besides the new software skin and flagship, the company used the opportunity to reveal details about its progress. Despite the ongoing pandemic that ravaged the market last year, the brand managed to become the third-largest smartphone brand in the world. Redmi brand also broke some records last year.

Next The first screenshots of Android 12 have been leaked