In 2020, 5G will accelerate its deployment and popularization worldwide. So in 2021, 5G will enter a new era. Tonight, Qualcomm officially released the fourth-generation 5G baseband Snapdragon X65, and for the first time derived the Snapdragon X62 for the mainstream market, as well as radio frequency support solutions. 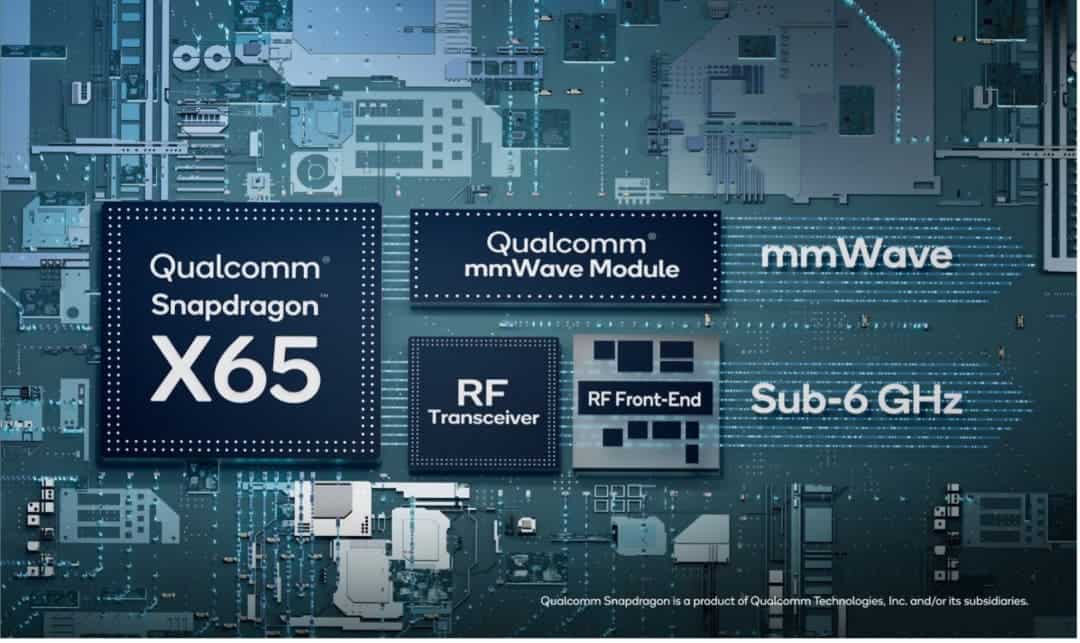 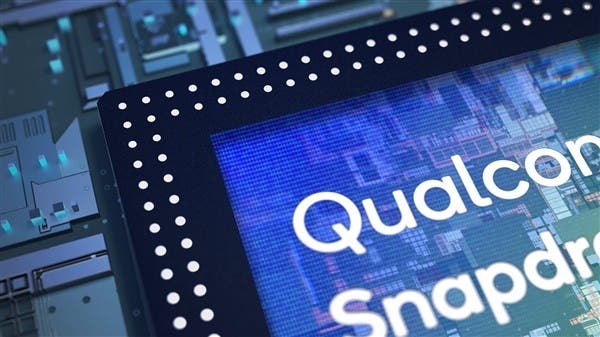 Of course, the 5G deployment process varies from region to region. For example, the United States is simultaneously promoting Sub-6GHz and millimeter waves, while China is still focusing on Sub-6G. This year’s main work is Sub-6G FDD and carrier aggregation commercial millimeter wave, and in South Korea, Japan, Australia and other places, SA 5G has not yet fully landed.

The deployment of 5G in different markets has declined. This puts forward strict requirements on a truly global 5G platform, and this is Qualcomm’s expertise.

Currently, there are more than 800 terminals based on Qualcomm Snapdragon 5G baseband and radio frequency system that have been released or are under design.

The Snapdragon X65 5G baseband has a downlink rate of 10Gbps for the first time, which is equivalent to a 10 Gigabit broadband network. It is also the world’s first 5G baseband that complies with 3GPP Release 16 specifications. Also, it has an upgradeable architecture. 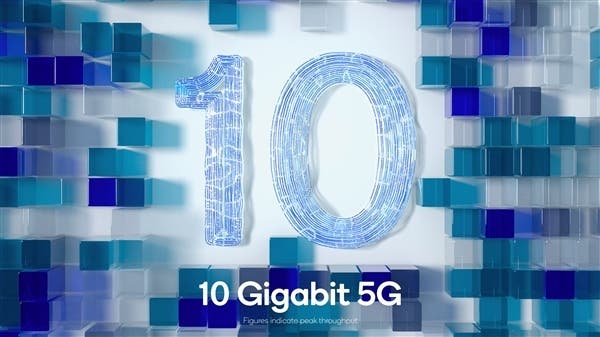 What is the concept of 10Gbps? You may not have any impression by looking at the numbers alone. So let’s look back and compare: Ten years ago, when 4G LTE was first deployed, the theoretical maximum rate was only 100Mbps. This is only equivalent to 100M broadband. It has a tenfold increase in ten years.

Especially since entering the 5G era, this speed has increased dramatically, and it was still 5Gbps two years ago.

The Snapdragon X65 baseband not only has a record-breaking speed, but also brings an upgradeable architecture for the first time. This can provide operators with extreme flexibility. 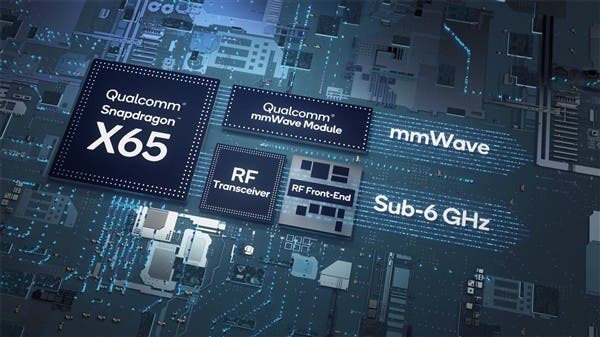 The Snapdragon X65 baseband with an upgradeable architecture supports enhancement, expansion and customization across 5G market segments. It can be updated through software to support upcoming new features, functions, and rapid deployment of new features of 3GPP Release 16. 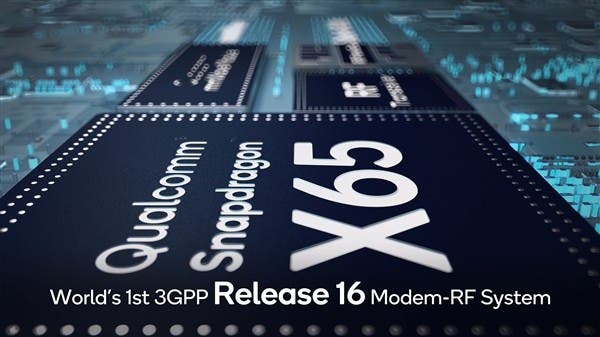 Especially as 5G expands and spreads to new vertical industries such as computing, industrial Internet of things, fixed wireless access, etc., the use of scalable architecture can create future-oriented solutions based on the Snapdragon X65. Supporting new features at any time and extending the terminal life cycle will reduce the total cost of ownership.

5G needs to be fast, with wide coverage and good signals. Especially in the 5G era, coupled with the integration of 4G/3G/2G, the antenna system becomes extremely complicated, and antenna coordination has become a nightmare. 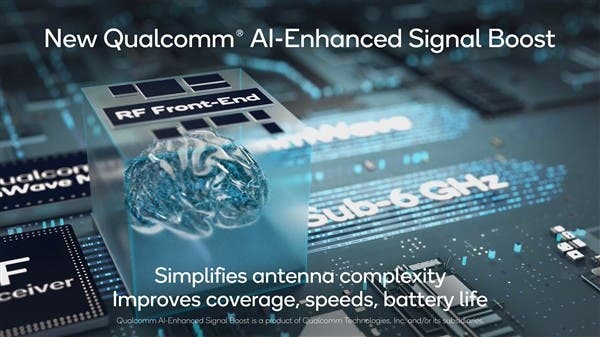 In this regard, the Snapdragon X65 has the world’s first AI antenna tuning technology, which is also the first step for Qualcomm to introduce its more than ten years of AI research and development results into mobile radio frequency systems.

According to Qualcomm, compared with the previous generation technology, the combination of the Snapdragon X65 and AI antenna coordination technology can better detect user interaction. The detection accuracy of the handheld terminal can be increased by 30%, thereby enhancing antenna tuning.

The Snapdragon X65 baseband also supports Smart Transmit 2.0, which is Qualcomm’s unique system-level technology. By using the system sensing function from the baseband to the antenna, it continues to meet the RF transmission requirements while bringing higher levels to the millimeter wave and Sub-6GHz frequency bands. It provides a faster upload rate and wider network coverage.

In addition, energy-saving technologies are essential for the 5G heating and power consumption characteristics.

The Snapdragon X65 first supports Qualcomm 5G PowerSave 2.0, which is based on the new power saving technology defined by 3GPP Release 16, such as Connected-Mode Wake-Up Signal. 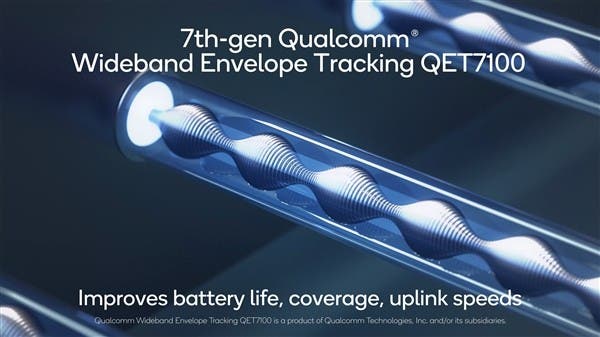 The company claims that the energy efficiency of the new technology can be 30% ahead of the best performance of competing products. 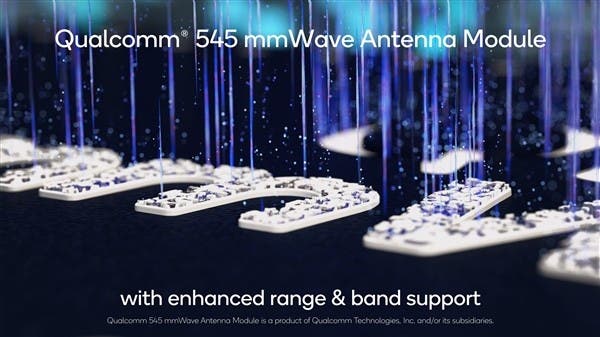 Others, such as support for 3GPP Release 16, millimeter wave and Sub-6G aggregation, and baseband to antenna solutions, are completely reserved and are also manufactured in 4nm process.