In the face of serious competition from the likes of Huawei and Samsung, Apple has struggled to take the top seat in smartphone manufacturers’ ranking. In fact, for several quarters, it trailed behind Samsung and Huawei globally. Since 2016, the American manufacturing giant has not been the top phone maker globally. However, the company seems to be getting its mojo back. With Huawei out of the way as a result of the U.S. ban, Apple is left with just Samsung to contend with. According to a recent Gartner report, Apple is currently the largest smartphone vendor worldwide, at least as of Q4 2020. 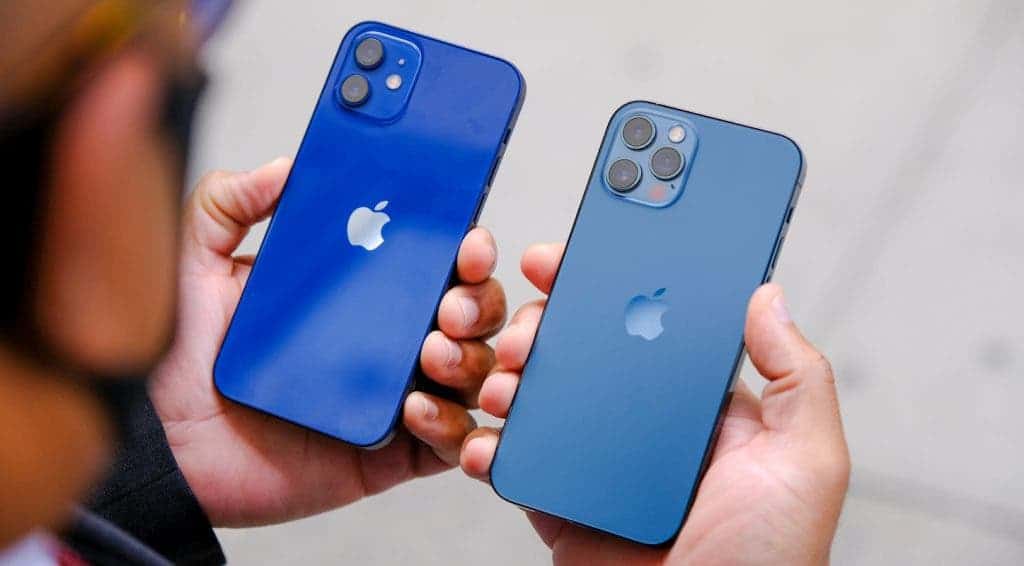 According to the report, iPhone sales in Q4 2020 hit 80 million units. Many thanks to Apple’s loyal fans who patiently waited for Apple’s first 5G phones even though they were at least a year behind the competition. Senior Research Director at Gartner, Anshul Gupta, said…

“Even as consumers remained cautious in their spending and held off on some discretionary purchases, 5G smartphones and pro-camera features encouraged some end users to purchase new smartphones or upgrade their current smartphones in the quarter.”

Market data shows that Apple’s iPhone market share soared by about 15% year-on-year. Last year, it sold about 70 million iPhones in Q4 2020. This is 10 million units less than its current performance. As for Samsung, its market share plunged by 11.8%. As of Q4 2019, Samsung sold 8 million more devices relative to this year. 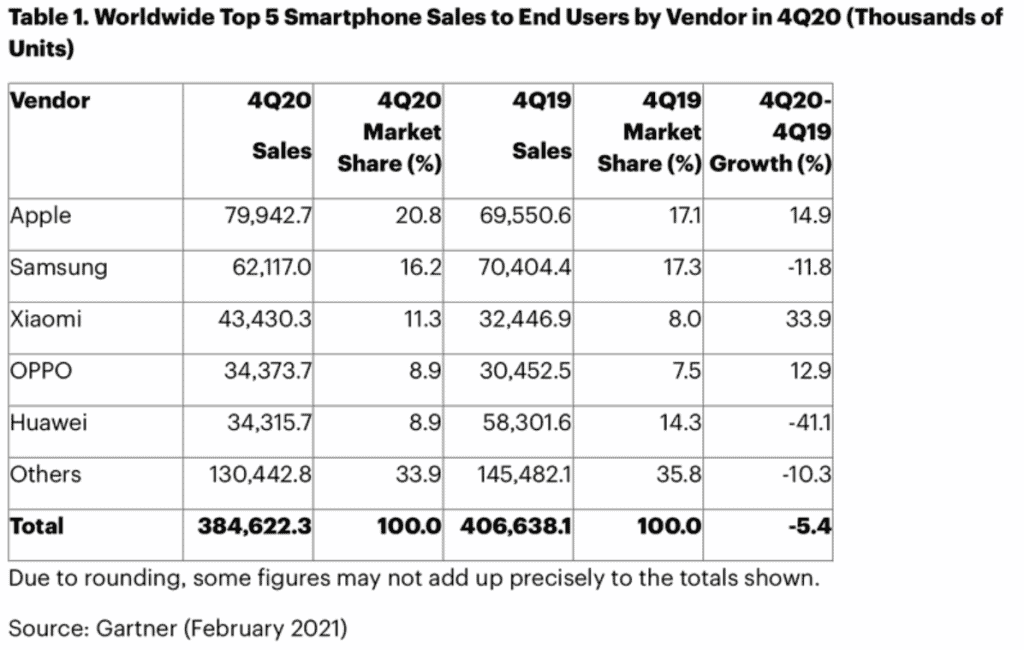 Users cut their phone spending in 2020

The pandemic year was not a good one for smartphone manufacturers generally. Only Xiaomi and Apple recorded an increase in their global sales among the top five brands. However, what was the selling point of Apple’s 5G iPhones? According to reports, despite the poor sales of the iPhone 12 mini, it may have helped Apple to overtake Samsung. This is because many buyers were careful with spending during the pandemic. Users wanted cheaper 5G phones instead of the expensive $1500 models. However, the global and widespread adoption of 5G is the major factor.

According to Gartner, entry-level 5G smartphones will be the “deciding factor for end-users to upgrade their existing smartphones”. If Apple will discontinue iPhone 12 mini, then it will have to launch a new mini model for next year. As of now, it is too early to tell if Apple will retain its position for the first quarter of 2021.

Previous Apple Store in Portland to re-open after 9 months