According to the latest news, independent company Honor will soon enter the international market with its flagship smartphone Honor V40, which is already certified for launch in the European region.

The source confirms that the Global Honor V40 will be equipped with Google services and apps, which are not in the previously announced Chinese version of the device.

Earlier, Honor’s leader George Zhao confirmed that the company’s new smartphones will include Google services, adding that Honor has no reason not to partner with Google again. The company has the right to do business with American companies or companies using American technology. Honor has also signed agreements with Intel, AMD, Qualcomm and MediaTek and other companies.

In terms of hardware characteristics, the European smartphone will be a copy of the Chinese one. The Honor V40 is equipped with a 6.72-inch OLED display with a resolution of 1236 x 2676 pixels with an image refresh rate of 120 Hz, a built-in fingerprint scanner and an embedded 16MP front camera.

The phone runs the MediaTek Dimensity 1000+ SoC. The 4000mAh battery supports 66W wired charging and 50W wireless charging. The main camera has an image sensors with a resolution of 50, 8 and 2 megapixels. 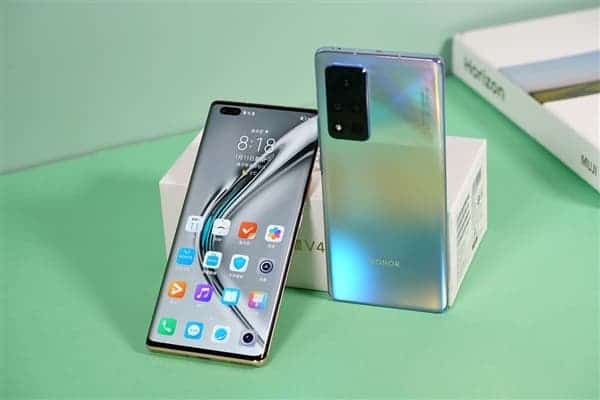