A description of the inexpensive Xiaomi Mi 11 Lite smartphone has appeared in the Google Play Console database, which will go on sale in the very near future.

Earlier, the smartphone was certified by the FCC, which confirms that the battery capacity of the device is 4150 mAh, and the power of the charger is 33 W. 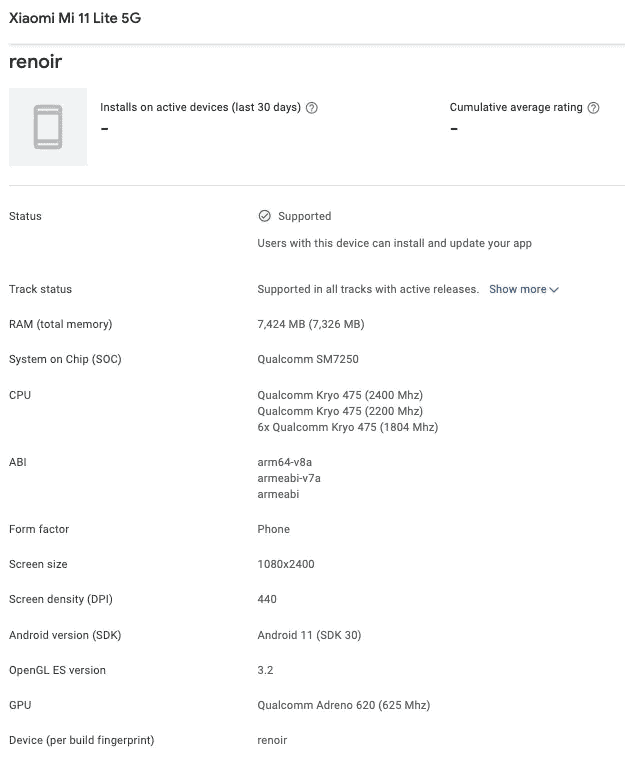