In recent times, there is a lot of interest in Clubhouse and this app has over 8 million downloads globally. However, older and more popular social app owners are beginning to take interest in its workability. It appears that everyone wants to have their own version of Clubhouse. The likes of Twitter, Mi Talk (Xiaomi), TikTok, and Instagram already have or are working on their version of Clubhouse. Now, it’s Telegram’s turn. Clubhouse is a sort of Audio chat room where participants are invited to join in a conversation. 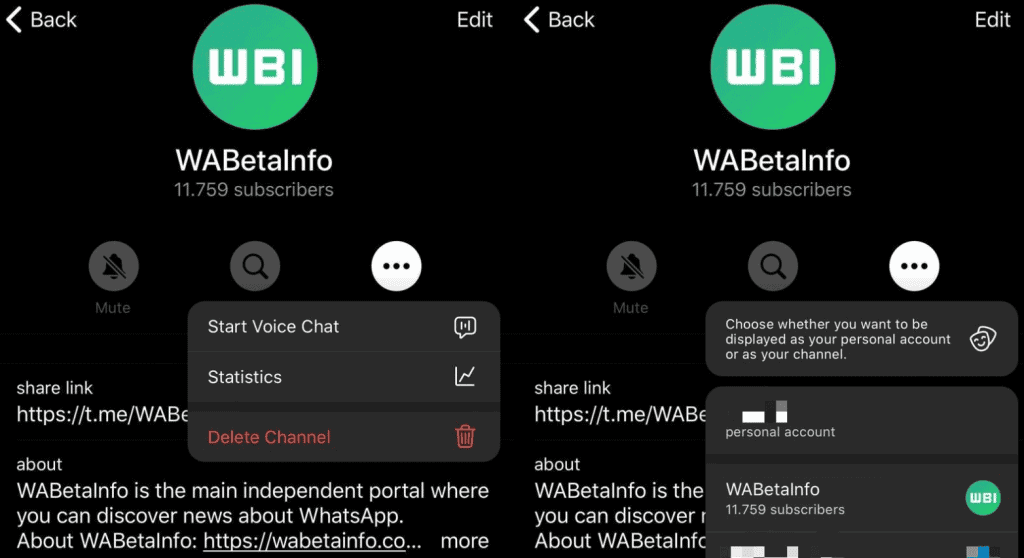 According to the report from WABetaInfo, Telegram will add this voice chat channel. This means that Telegram group chat will support large conversations. The original Clubhouse comes with strict moderations in discussions. We expect the Telegram version to also support these moderations.

Facebook is working on the audio-chat app Clubhouse on Instagram where it has high access to celebrities and influencers. Clubhouse is an invitation-only service where users can listen to conversations, interviews, and discussions. The discussions take place between specific people while the other invitees just listen. 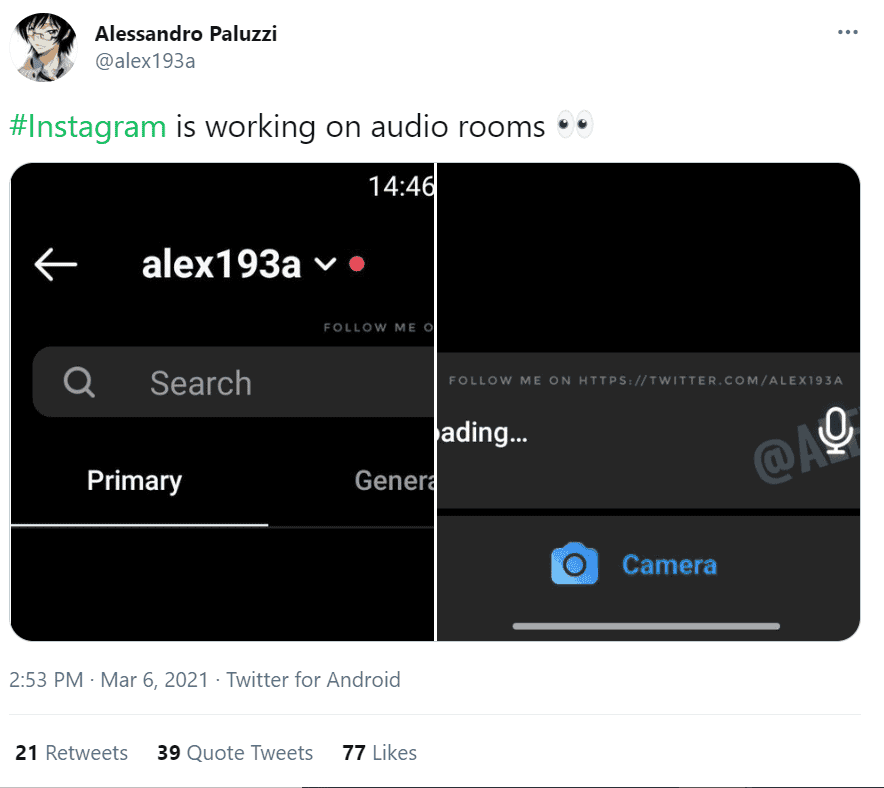 According to Alessandro Instagram is also working on End to End encryption for its chat service. This does not have any relationship with its audio chat rooms. Facebook has been having a lot of privacy issues in recent times. This will help to sort out some of these issues. 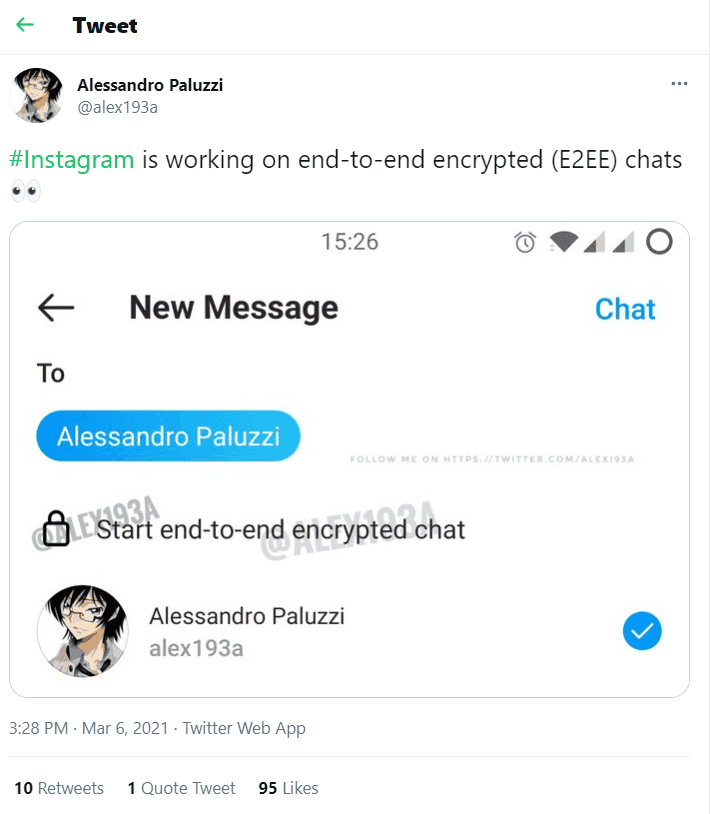 TikTok owner is working on its own version of Clubhouse

According to a source with reference to the Reuters news agency, ByteDance, known for its social network TikTok, is preparing a competitor of the Clubhouse application. Reuters refers to its insiders familiar with the situation.

Recall that the original Clubhouse application in China was banned in early February and after that many local companies decided to make an alternative. Earlier this was announced by Xiaomi, and now something similar is being prepared at ByteDance. The project is reportedly still at an early stage of implementation, but given the experience of the developers, the company will be able to complete work on the application quickly enough. ByteDance itself has not yet commented on these rumors.

Mi Talk: Xiaomi launches its Clubhouse for Android and iPhone

On the evening of February 26, the Xiaomi Mi Talk team made an interesting statement: “Mi Talk, start again”, and now the messenger is launched again, but in an updated form. The service is reportedly now a voice chat for professionals. In fact, Xiaomi is creating its competitor to the social network Clubhouse, which has gained explosive popularity lately.

Versions for Android and iOS are already ready. In the Chinese app store, the new Xiaomi service appeared on the day of the official closing of Mi Talk, but it is still at an early stage of development and is available only to those who have not only an invitation, but also a registered mobile phone of a Xiaomi employee. 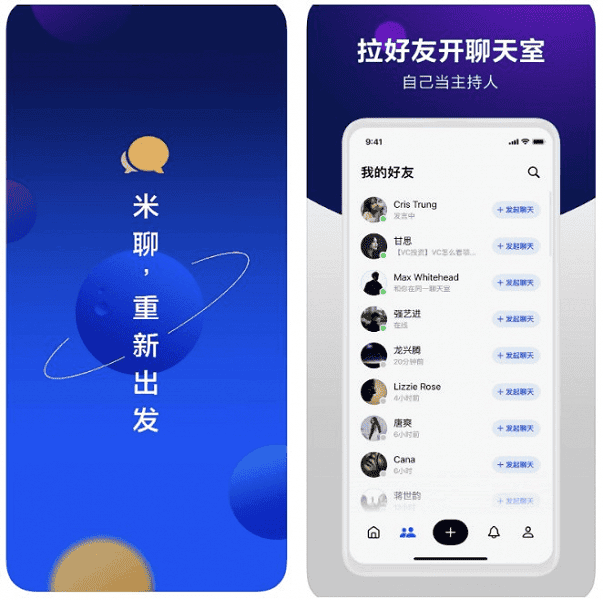 Twitter adds Spaces on Android in light of Clubhouse’s popularity

So far, Twitter Spaces stayed only on iOS together with a host of iOS-exclusive features such as voice tweets. However, the feature already reached the hands of a lot of users, even though it’s only in “test mode” according to Twitter. In the same way, the feature seems to be reaching some Android users right now. Despite being on “beta” testing, Twitter seems to be shipping this feature randomly to some users. Users have specifically reported that the feature is working for them after installing a specific beta version of the Twitter application.

Since the rollout for Android is not yet available for the stable version; it’s safe to say that this feature still is in its early stage. According to Android Police’s coverage, the captions are somewhat messy in this beta. Moreover, you can’t start your own space, only join others’ spaces, which is a bit weird. Despite the rough state of this function, it is good to see that Twitter is close to releasing a valid Clubhouse alternative for its avid users.

So far, Clubhouse is only available for those who receive an invite. This currently limits the number of users on the platform. Big giants of technology are starting to ship their alternatives. For that reason, believe that Clubhouse needs to be available to the wide public very soon. After all, one of these big companies can easily “eat” Clubhouse’s users if it manages to ship a solid and better app.