The new Xperia 1 III and Xperia 5 III follow the old design style of the Japanese company. Thus, they still use a 21:9 screen, a metal frame and a glass back panel. The right side of the frame carries a capacitive fingerprint reader. The phones also retain the 3.5 mm headphone jack. 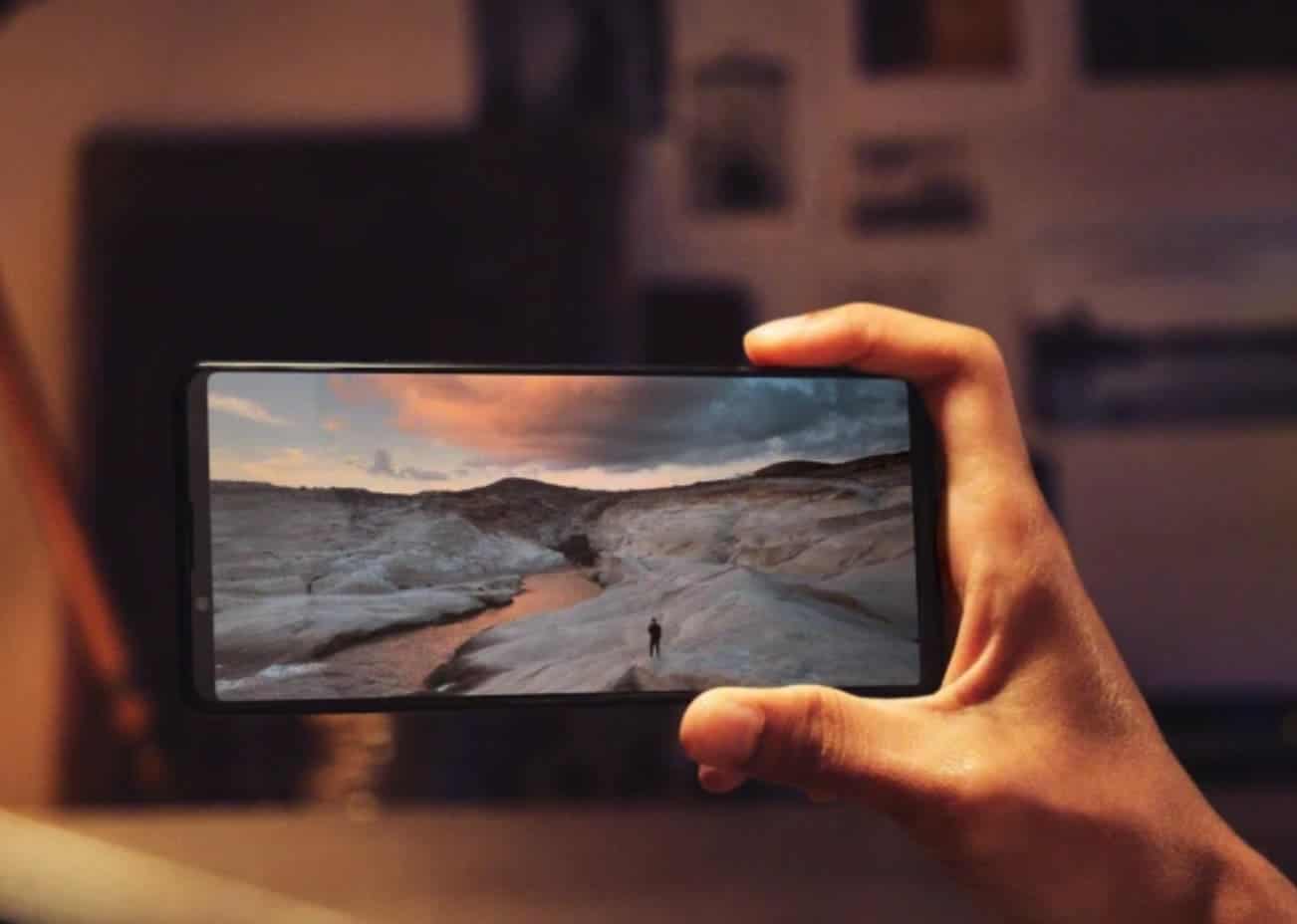 Although Sony Xperia phones have had a high rate of recognition due to their design, one the selling points of these handsets is the screen. The Sony Xperia 1 III sports the world’s first 6.5-inch 21:9 CinemaWide 4K HDR OLED display with a 120Hz refresh rate. At the same time, the Xperia 5 III comes with a 6.1-inch 21:9 CinemaWide 120Hz HDR OLED display with a FHD+ resolution. Interestingly, these two support the X1 remastering technology borrowed from Sony’s Bravia TV series. Plus, they support Bravia HDR as well as DolbyAtmos. One of the obvious differences between the Xperia 1 III and Xperia 5 III is the screen protection. The former model uses Gorilla Glass Victus for the front and frosted Gorilla Glass 6 for the back. And its sibling uses two Gorilla Glass 6 sheets. Of course, like other Xperia phones, they have a high-grade waterproofness of IP65/68.

As for photography, the Xperia 1 III and Xperia 5 III use a periscope zoom system. They come with a zoomable telephoto lens, which can be switched between two focal lengths of 70mm and 105mm. The camera system of the new series can provide focal lengths of 16mm, 24mm, 70mm and 105mm, covering most photo and video scenes. Its autofocus technology comes from the Sony Alpha professional cameras. However, if telling only these parameters of the cameras, we will decrease their charm.

The Sony Xperia 1 III was jointly developed by the Alpha 9 series mirrorless camera engineers. Plus, there were valuable opinions of professional photographers who have contributed to the improvement of the photography experience and the effect of the film. It mainly includes the fast AF (autofocus) that covers the camera’s quad-focus image system. Also, it adds real-time tracking technology to accurately capture moving subjects. 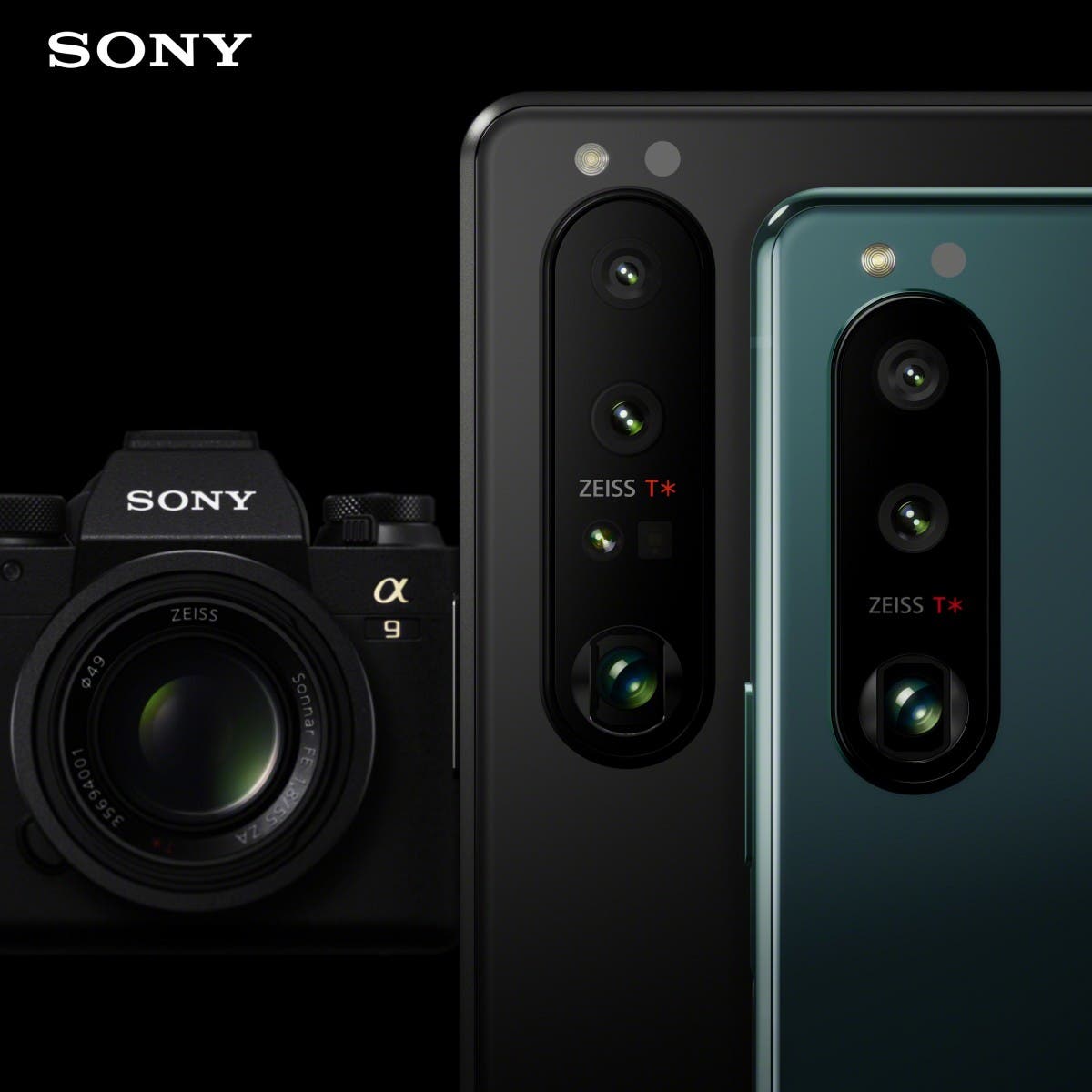 The lens system of the Xperia 1 III has been specially calibrated by Zeiss Optics. The Zeiss T* coating suppresses light reflection to present more exquisite picture details and contrast.

Thanks to the addition of the dual-core PDAF phase focus sensor, in continuous autofocus mode, the Xperia 1 III can continuously lock the moving target. Even for long-distance shooting, Sony’s telephoto lens can still achieve fast AF.

As for the camera parameters, the phones sport a 12MP 1/2.9″ Sony sensor with f/2.3 or f/2.8 aperture depending on the focal length you use and optical image stabilization. There is also a 12MP 1/1.7″ sensor coupled with an f/1.7 OIS lens, while the ultrawide sensor uses a 12MP 1/2.6″ CMOS, f/2.2 aperture and autofocus, which is not that common on ultrawide units even among flagships. 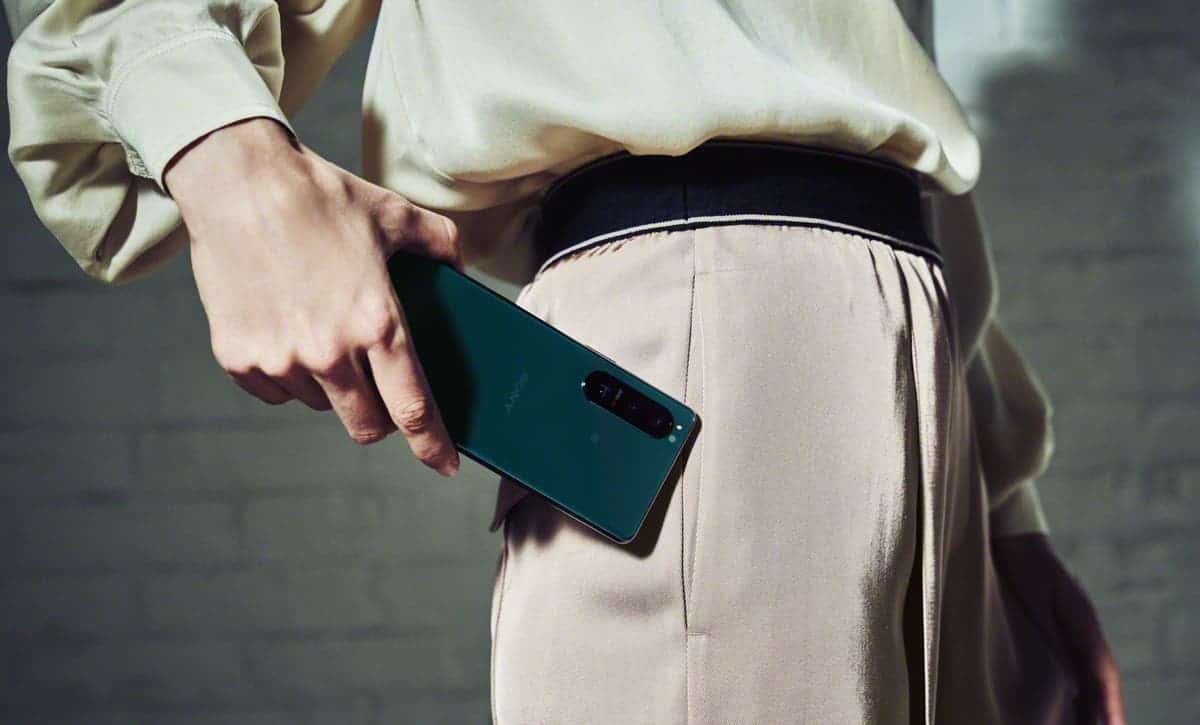 On the front, there is no change in comparison to the previous year’s models. Thus, it has an 8MP resolution. The only difference in the camera department is the 3D ToF camera, which is exclusive to the Xperia 1 III. In other words, this camera supports real-time Eye autofocus tracking. But the Xperia 5 III still supports the real-time Eye AF.

Under the hood, they feature the Snapdragon 888 5G chipset. The Xperia 1 III has an optional 12GB of memory and 256GB/512GB of flash storage, while the Xperia 5 III has a configuration of 8GB+128GB/256GB. Both models are packed with a 4500mAh battery and include a 30W fast charger, which can charge 50% in 30 minutes. The Xperia 1 III also supports wireless and reverse charging, but its sibling doesn’t.

As you know, Sony has no business goals in the smartphone field. It just stays afloat to keep fingers on the pulse. In this sense, the Sony Xperia series flagships demonstrate Sony components’ advantages. We have already managed to get acquainted with the display and camera. But Sony is also a gaming brand.

For this, both smartphones come with powerful stereo loudspeakers and 240Hz motion blur reduction in supported games. Among many amazing features and functions, the low gamma raiser helps with visibility in shadows. At the same time, the sound equalizer helps better hear gunshots and footsteps. Plus, the manufacturer put a lot of effort to improve the microphone input during voice chat. Actually, it removes background noise and clears up the speech. We still have no information what a technology they use, but it should be something like Krisp.

The phones also support game recording at up to 1080p@120fps. Sony has also introduced an amazing feature called Rewind time recording. In some sense, it has many things in common with Nvidia’s highlight recording. The latter records the last 30 seconds during gameplay.

The Sony Xperia 1 III is available in Frosted Black. Frosted Gray and Frosted Purple. And the Xperia 5 III has the options of Black, Green and Pink. The first batches will go on sale in June 2021.