One of the rankings around which there is a lot of controversy is DxOMark. The guys from DxOMark Image Labs evaluate smartphones by camera quality and there are many questions about their objectivity. But this does not prevent the laboratory from further ranking the devices, evaluating more and more new parameters. Now the focus of their attention is on the autonomy of smartphones and the first leader in terms of battery life was determined.

The leader in the DxOMark battery life rating is the Samsung Galaxy M51, which has a powerful 7000 mAh battery. The smartphone received the maximum score at the moment – 88 and it was able to work for more than 3 days. In second place was the little-known Wiko Power U30 with a 6000 mAh battery. And the iPhone 12 Pro Max closed the top three, which still has a 60 Hz display, while the flagships and mid-range devices from the Android camp for the most part switched to screens with increased hertz range from 90 Hz. 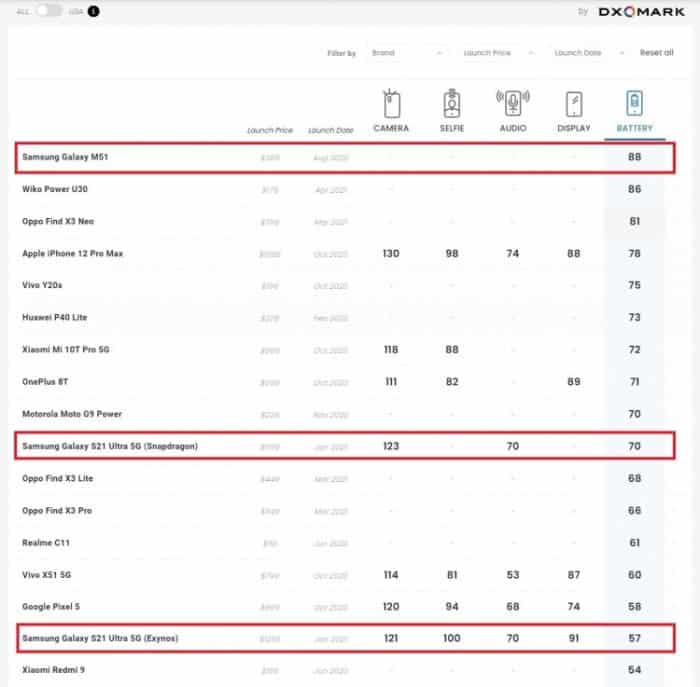 For the test of autonomy, they adopted a scientific methodology and involved robots with touch manipulators. Devices perform various operations that are typically performed by ordinary users. This is video and music playback, voice calls on 3G networks, games, web surfing and others. There are 70 such tests in total and it takes 6.5 days to complete them.

The Samsung Galaxy M51 comes with a “monster” 7000 mAh battery that outperforms the competition for both autonomy and efficiency. Where it falls down a little is in charging, where it takes nearly 2.5 hours to go from empty to a full charge — almost an hour longer than the Huawei P40 Lite (with its faster charger). Still, its overall performance is currently the best in our Battery database, promising and delivering excellent battery life whether lightly or intensively used. 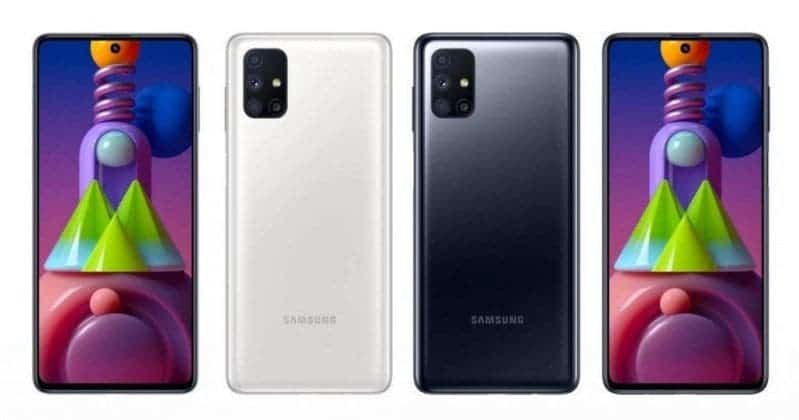