Today, Redmi officially issued a statement saying that the domestic sales of the Redmi Note 10 series exceeded 1 million units in just 9 days after the launch. 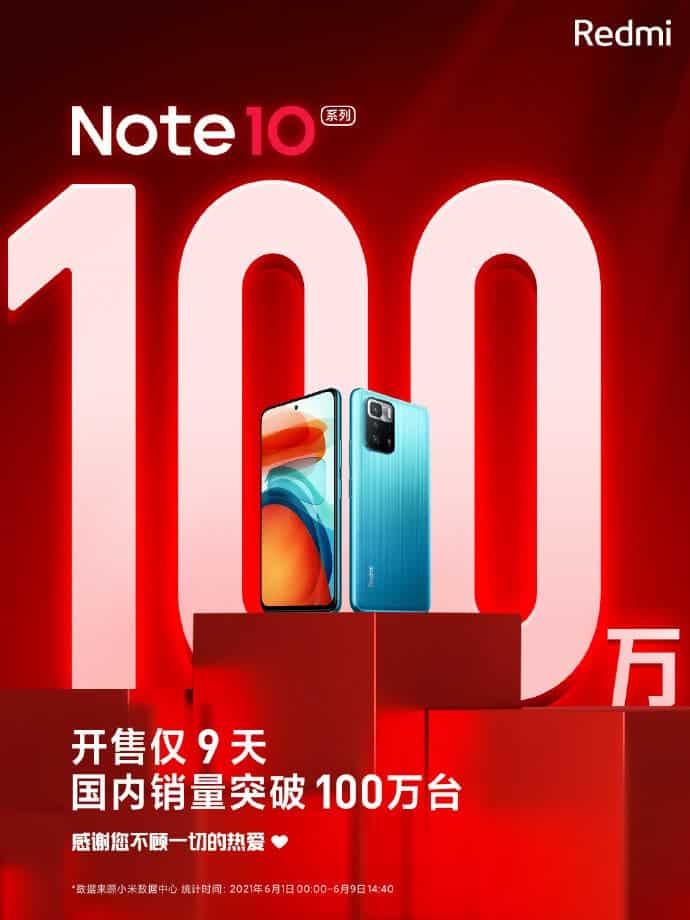 It is worth mentioning that it took 13 days for the Redmi Note 9 series released last year to achieve such results. More interestingly, shortly after the Redmi Note 10 series went on sale, the company officially announced that the one-hour sales volume of the phone exceeded 500,000 units. In other words, the first half of this volume was sold in one hour and the second part in 9 days.

Well, the Redmi Note 10 Chinese version shouldn’t be confused with the model launched a bit earlier. This one offers two variants of the Note 10 and the Note 10 Pro. The lowest versions of the lines cost 999 yuan ($156) and 1499 yuan ($235), respectively.

The Redmi Note 10 comes with a 6.5-inch LCD center-mounted punch-hole screen. It has a 2400×1080 resolution and up to 90Hz high refresh rate adjustment support. 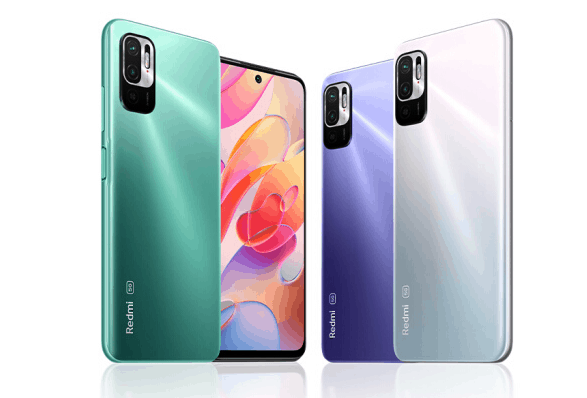 One of the key advantages the Pro version comes with is the VC liquid cooling scheme. It has a heat dissipation area of ​​up to 16370mm2.

In terms of battery life, the Note 10 Pro has a built-in 5000mAh large-capacity battery that supports the same 67W fast charge of the Mi 11. So the phone can reach 100% power in 42 minutes.

This handset features a 16-megapixel selfie camera on the front and a 64-megapixel triple camera at the rear. The main camera is also accompanied by an 8-megapixel ultra-wide-angle lens and a 2-megapixel macro lens. It supports four-in-one pixels to meet demand of shooting at different focal lengths.

By the way, as DxO reports, this camera does not yield much the camera of the iPhone XS Max. Thus, for a low price tag, you can get your hands on a handset that is comparable with the iPhone. Thus, it’s a mid-range phone with many features inherited from flagship models.

Next OnePlus Nord 2 With Dimensity 1200 Coming Next Month