Recently, India launched 5G in 13 major cities. Before the end of the year, many other regions and cities in the country will start supporting the new-gen of communication technology. In this regard, it’s becoming more interesting to know which brands offer affordable 5G phones. In India, the Lava Blaze 5G is considered the cheapest 5G smartphone.

The phone was out in India back in October. Now, it costs just Rs 9,999, which converts to $123. Agree that this is a good option for those who want to switch to 5G but do not want to pay a fortune for a new phone.

However, besides the 5G support, there are many other noteworthy features you should be aware of. For instance, the Lava Blaze 5G sports a 6.5-inch HD+ LCD with a 90Hz refresh rate, 1600×720 resolution, and 2.5D glass. Under the hood, we can find a MediaTek Dimensity 700 chipset manufactured with a 7nm process. There is also 4GB RAM and 128GB storage. However, you can expand the storage via the microSD card slot, while the memory can be expanded via the virtual RAM feature. By the way, when necessary, the latter will borrow 3GB capacity from the storage and use it as RAM. The handset also runs on Android 12 OS out of the box. 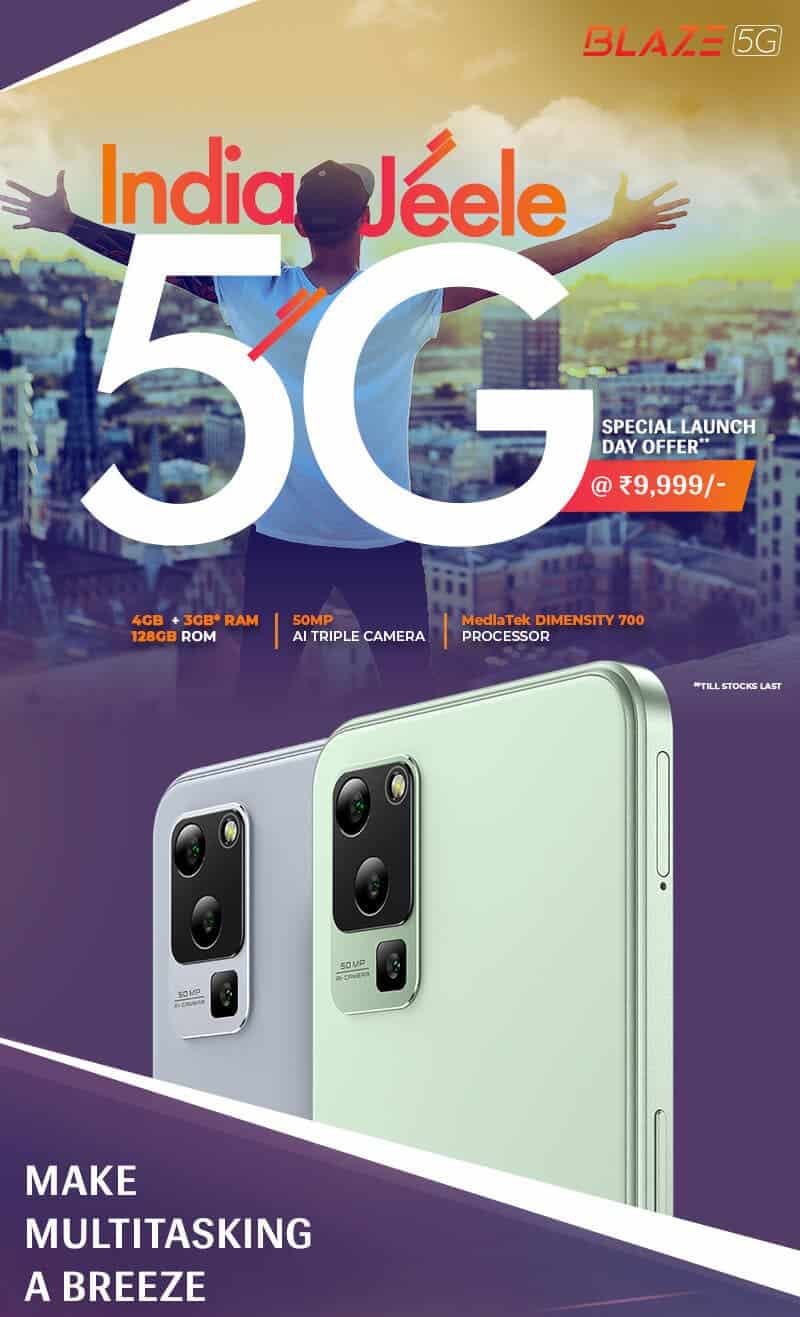 There is also a large battery of 5,000mAh. However, this phone doesn’t support any kind of fast charging. Its connectivity features include 5G, 4G LTE, Wi-Fi, Bluetooth 5.1, GPS, and a USB Type-C port. The fingerprint scanner is on the side.

On the back, our protagonist also sports a 50MP main camera with an f/1.8 aperture. Apart from the primary lens, there is a depth sensor and a macro lens. For selfies, the phone has an 8MP snapper.

The price we mentioned at the beginning of the article is for the 4GB + 128GB model. The phone is available in Glass Blue and Glass Green colorways.

Next Apple is monitoring users' behavior on the App Store