According to reports, the Huawei P50 series will be official on July 29th. However, at the launch date, most of the models will be the 4G model. According to recent information, the current 4G version is now on TENAA and it comes with HarmonyOS. Furthermore, the report shows that the standard version of the Huawei P50 uses a center punch-hole display design. On TENAA’s database, the model number of this device is JAD-AL50. 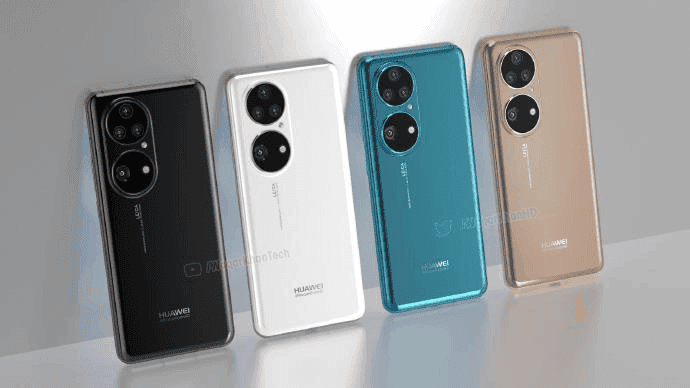 In addition to HarmonyOS, the TENAA listing also shows that this device will support TD-LTE/LTE FDD/WCDMA/cdma2000/CDMA 1X/GSM standards. However, it does not support 5G networks. At the HarmonyOS 2 and Huawei’s full-scene new product launch conference held in June, Yu Chengdong, CEO of Huawei’s consumer business, disclosed the appearance of the P50 series for the first time.

Furthermore, Yu Chengdong claims that in the IoT era, no one will be an island. He added “No matter how difficult it is, Huawei’s determination to provide global consumers with a better user experience and better products will not change. We hope to prosper the Hongmeng ecosystem with more partners and developers. Our goal is to provide global consumers with a better experience, better products, and better services”.

From the speculations so far, the Huawei P50 series may include P50, P50 Pro, and P50 Pro+. The whole series adopts a center punch-hole solution. However, the screens of this series are not entirely the same for each model. While the standard version uses a straight screen, the Pro version will use a dual-curved display. In addition, the Pro+ model will come with a quad-curved display.

The Huawei P50 series has four rear cameras and adopts a “3+1” camera layout. The design includes 3 cameras on the top and 1 camera on the bottom. In addition, the Huawei P50 series will use Sony’s latest super-outsole sensor for the main camera, or up to 1/1.18 inches. Also, the company will optimize the gameplay in this new series. We expect some new capabilities and upgrades in the camera section.  The Huawei P50 series is the first new mobile phone pre-installed with Harmony OS. Huawei has specially made an exclusive experience card for the P50, and it is the first to launch the new features of the Hongmeng system.