In May, OPPO released the Reno6 series smartphones. Two out of three models were packed with the Dimensity chips, while the top-end variant came with a Snapdragon 870 processor. Generally talking, we are dealing with pseudo-flagship smartphones. We mean the Reno6 Pro and Pro+ sport the Dimensity 1200 and Snapdragon 870 chips. And both are considered to be pseudo-flagship chips. As for the OPPO Reno6 vanilla version, it hosts a Dimensity 900 mid-range chip under the hood. Well, we knew that this line will get a new member soon. And today, GSMArena revealed some interesting features of our protagonist. The latter has a name of OPPO Reno6 Z.

It turns out the OPPO Reno6 Z will carry a MediaTek Dimensity 800U chip. Plus, there is a 4310mAh battery, which supports 30W fast charging.

However, the most interesting feature of this chip is the 5G connectivity. The Dimensity 800U comes with dual SIM 5G, dual VoNR (Voice over New Radio), sub-6GHz NSA / SA networks, and 5G two carrier aggregation (2CC 5G-CA). And as 5G “eats” more power, MediaTek has opted for its 5G UltraSave technology. 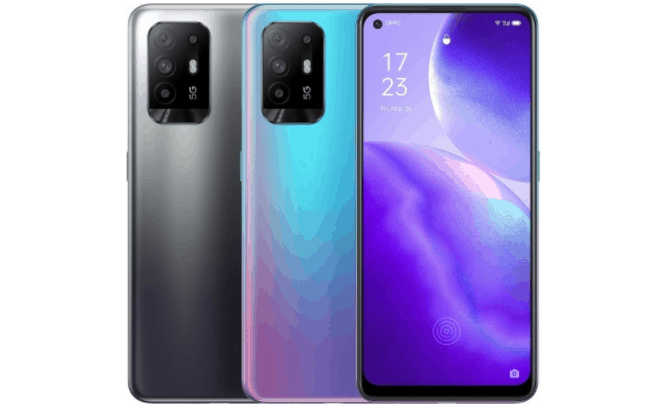 Other Features of OPPO Reno6 Z

Compared to its predecessor Reno5 Z, the Reno6 Z phone will have twice the storage space, specifically 8GB of memory and 256GB storage. The phone will also come with a 6.43-inch FHD+ AMOLED display at a 60Hz refresh rate.

As for cameras, the phone will have a rear three-camera solution, including a 64MP main lens, an 8MP ultra-wide lens and a 2MP macro lens. On the opposite side, we have a 32MP selfie camera.

Apart from all these, the OPPO Reno6 Z will come with the ColorOS 11.1 system based on the Android 11.

However, there is no price information and specific release time for the OPPO Reno6 Z. But it has managed to appear on the NBTC certification authority which means the phone is on the way and will hit the market in the nearest future. And again, at the moment, we don’t know which regions and markets will get it first.

Next Apple iPhone Shipments In 2021 To Reach 230 Million Units