Today, VIVO sent out the invitation letters for the VIVO S10 launch. The latter is going to be unveiled on July 15. Also, today, we learned that the phone focuses on the natural selfie shooting. The front camera will support the newly-announced “soft light dual-camera” technology. So we think the upcoming model will make a tough competition to all similar models on the market.

However, this is not the first VIVO phone coming with a similar technology. The VIVO S9 launched in March comes with a dual soft light design on the front. The front dual soft light camera of the VIVO S9 is “integrated” with the frame. So it does not take up too much space.

The VIVO S10 series will not only continue the front dual soft light design, but also focus on the “natural” aspect of selfies. So we expect it will bring a new and unprecedented “natural beauty” selfie experience.

In addition to the continuous improvement of the selfie performance, the VIVO S series has always performed well in terms of design. Say, the same VIVO S9 once relied on 7 architectural breakthroughs to reduce the thickness of the fuselage to 7.35mm and weigh only 173g. So it was considered to be the slimmest and lightest 5G phone at its launch. That’s why many users are sure this phone will with an identical design.

Moreover, the VIVO S series smartphones have always come with trendy colors. As for the VIVO S10, it will come with at least one color corresponding this statement. The official posters show that the phone will adopt a gradient color design. 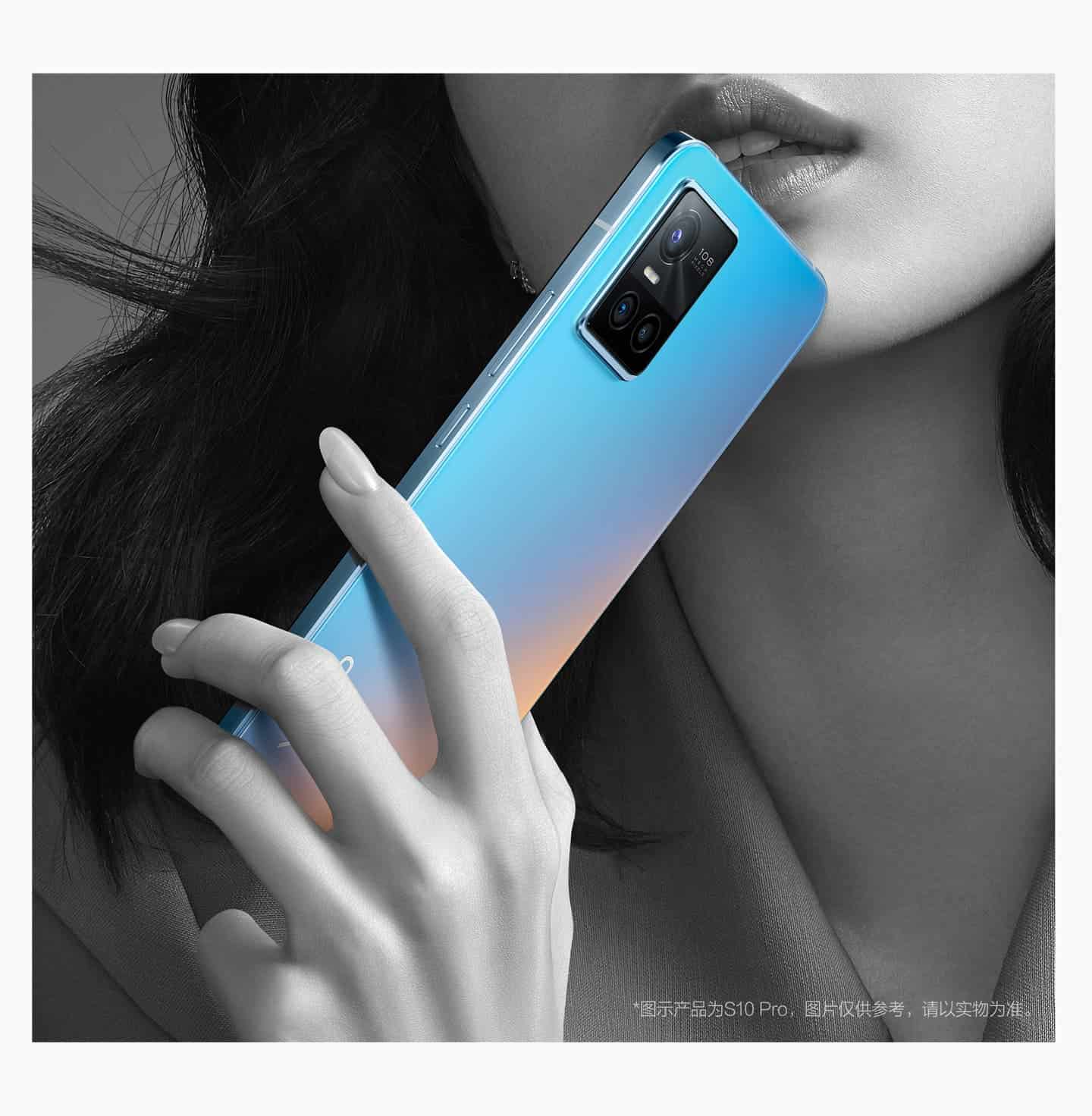 Apart from this, a much-popular Weibo tipster claimed that the VIVO S10 will sport the Dimensity 1100 chip. This handset has already managed to spot in GeekBench with the mentioned chip onboard. It got 647 points and 2398 points in the single-core and multi-core tests, respectively. We also learned that it will have at least two memory variants of 8GB and 12GB.

The same tipster said that this phone will sport a 6.44-inch 90Hz OLED screen. The battery will support a 44W fast charging. And it will come with a 44MP dual-camera on the front and a 64MP triple-camera on the rear.

At the moment, the company has already opened an appointment on JD.com. It happened on July 8. And once done, in an hour, the blind appointments reached 100,000. Thus, we can state that VIVO fans are eagerly waiting for this model. And when it appears on the shelves, there is every reason to think it will become a best-seller.