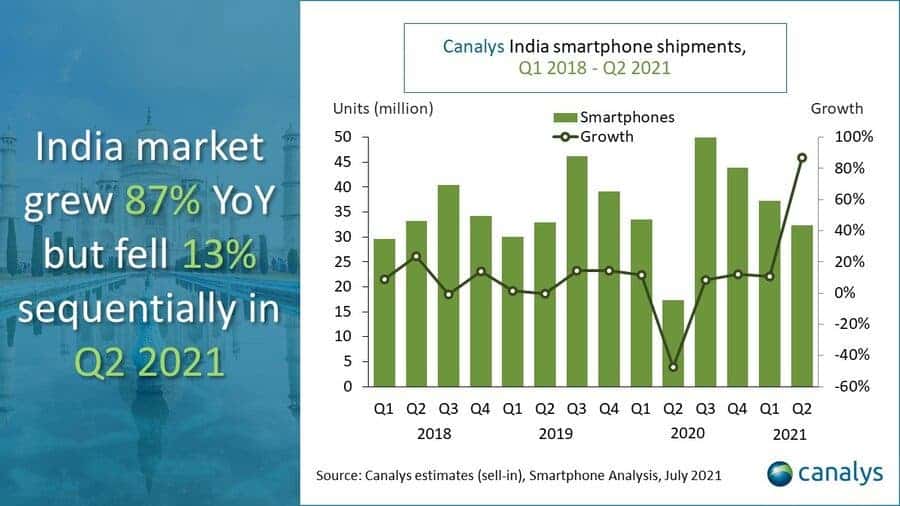 In the second quarter, Xiaomi’s mobile phone shipments in the Indian market were 9.5 million units. This accounts for 29% of the country’s market share and leading the second-ranked Samsung mobile phone by 12%. The third to fifth vendors were Vivo, Realme, and Oppo. This is not entirely a surprise because Xiaomi has always been prolific in the Indian smartphone market. 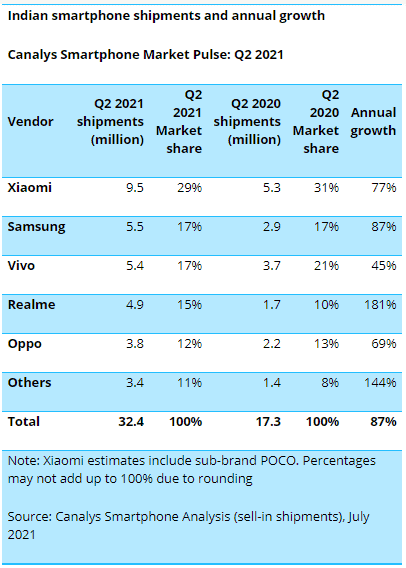 Judging from the Canalys report, the Redmi Note 10 series has an outstanding performance. This performance is an important reason why Xiaomi’s mobile phone shipments remain the first. In addition to its excellent performance in the Indian market, Xiaomi’s mobile phone also grew to 17% of the global market share in the second quarter. The Chinese manufacturer surpasses Apple to rank second in the world, and behind Samsung with a narrow gap.

Canalys Analyst, Sanyam Chaurasia, had this to say

“India was taken by surprise by its second wave, as the new COVID variant emerged and took hold quickly,”…“For smartphone vendors, this was a wake-up call and shows the importance of bolstering both online and offline presences equally. Smartphone vendors in India had assumed COVID-19 would not return, and several planned to invest in infrastructure for branded stores and partnerships with third-party offline channels. But once again they were quickly compelled to pivot to an online strategy.”

Furthermore, Canalys reports that brands that had a grip of online sales also had the most impact. Jash Shah, Canalys Research Analyst said

“Xiaomi, despite its overall sequential decline, actually grew its online business, primarily thanks to the Redmi Note 10 series,”…“Realme also saw online momentum, particularly with its Narzo 30 series, as it used price cuts during ‘brand-focused days’ to overtake Oppo. Oppo entered the direct online channel in May, and though it may not be as profitable as third-party retail, it will allow Oppo to conduct more effective product marketing and increase cross-selling opportunities.”