Update: Originally scheduled for 2021, God of War Ragnarök has been postponed until 2022 due to the covid-19 pandemic. This sequel to the acclaimed God of War of 2018 is eagerly awaited by fans, Santa Monica Studios having accustomed us to Playstation exclusives with flawless storytelling and frankly enjoyable gameplay. It was at the Playstation Showcase that we learned a little more about this new opus through an epic trailer.

The Playstation Showcase delivered many surprises, but it was God of War Ragnarök that made an impression. Santa Monica Studios presented us with a three-minute trailer of his upcoming game, the exclusive PS5 capable of capsizing the hearts of the most extreme Xbox gamers. Kratos comes back, and comes back strong. The adventures of our favorite Spartan and his son Atreus pick up where they left off, at the end of the last God of War, and still aren’t likely to be a walk in the park. We can also note muscular gameplay sequences and breathtaking graphics. Nothing better to exploit the full power of the Playstation 5 than an exclusivity of such a level.

To try to guess a little about the content of the story of God of War Ragnarök, you have to look a little at its title. The Ragnarök is a major event in Norse mythology, it is simply the end of the world, an endless winter and a great battle where the major gods of the Nordic Pantheon would perish, followed by the engulfing of the Earth by waves and flames. A light theme in short, which would be perfectly suited to the fundamentally deicidal tendencies of our beloved Kratos, who will have to prevent the Ragnarök in this new part. In the previous episode, he had defeated Baldur, the half-brother of Thor and son of Odin and Freya, and if this new trailer is to be believed, Thor didn’t really appreciate it and could take it out on him. Kratos and his son Atreus.

God of War is back 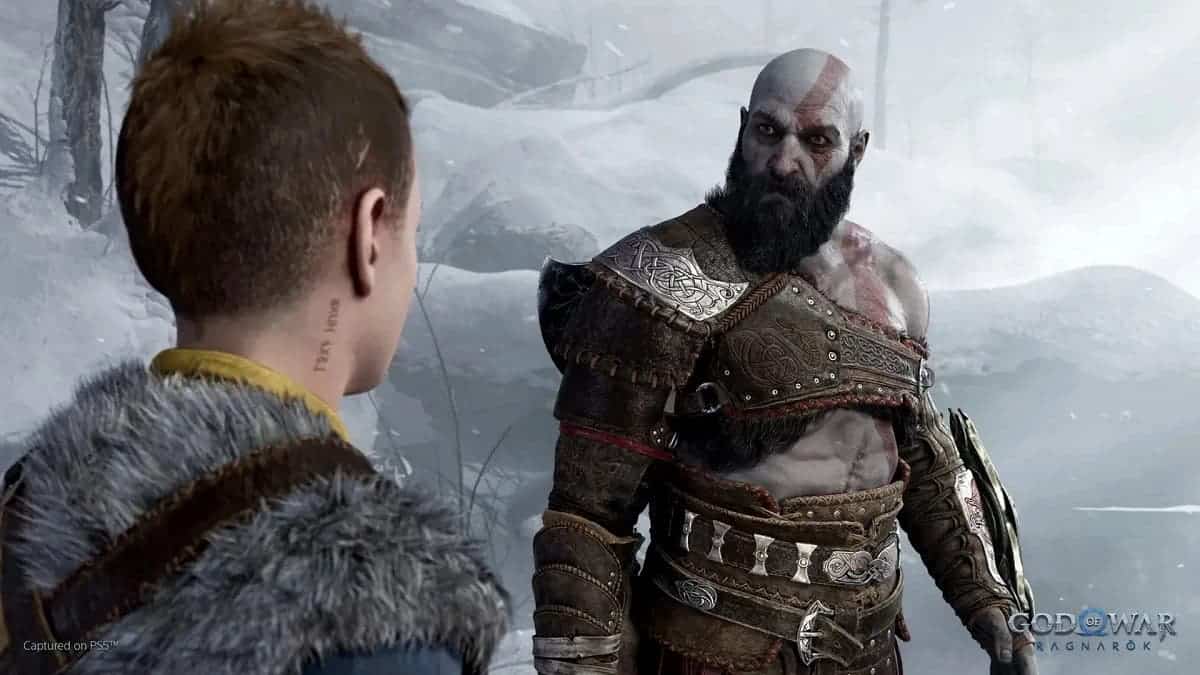 We could also see Mimir and Tyr, the two characters return to help Kratos and Atreus to prevent … The end of the world, just that. We already know that Sony Interactive Entertainment is capable of providing us with stories that are at the same time touching, violent and unpredictable. If you want to wait before God of War Ragnarok, remember that God of War has joined Playstation Now, and you can catch up or relive this epic story. Believe us it’s worth it.

For now, it’s impossible to even determine a release window for God of War Ragnarok. Sony has confirmed the rumors by announcing the vague date of 2022. A very wide range, but that we can try to explain. Horizon Forbidden West is out in February 2022, the big PS5 exclusive will undoubtedly make waves; and mark the landscape of the PS5 exclusives for quite a while. Logic would therefore want Sony to space its biggest releases; and that God of War Ragnarok does not come out until the end of the year. We are betting on December 2022 while waiting to learn more at the PlayStation Showcase.